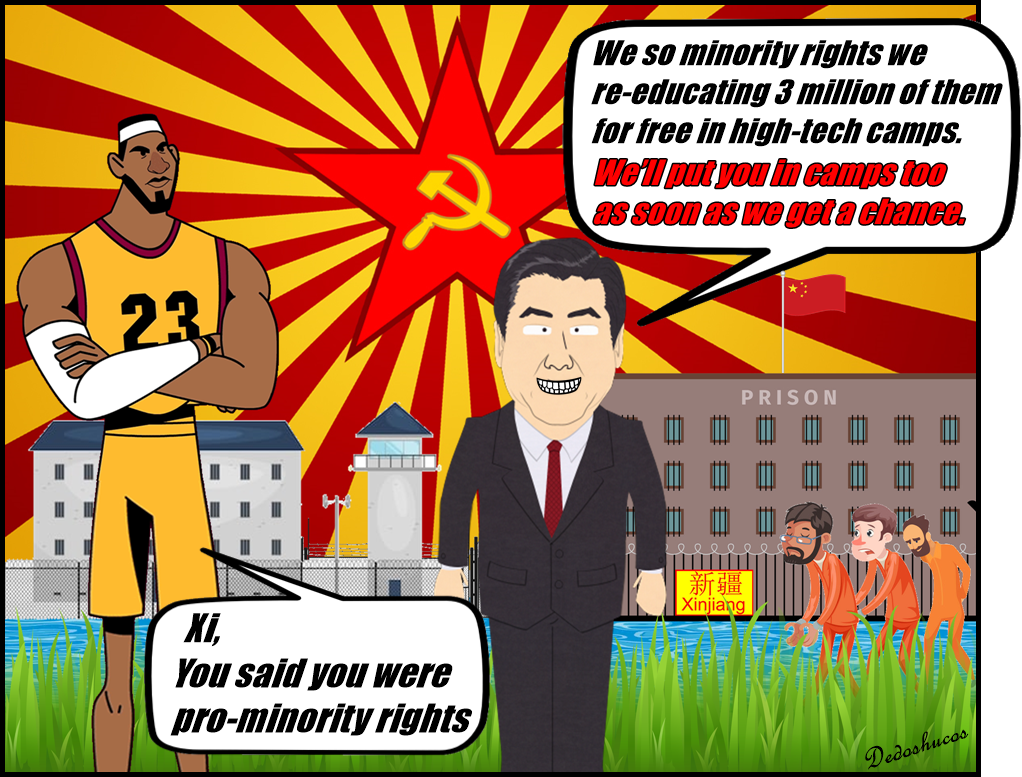 TAIPEI (Taiwan News) — In response to the ongoing controversy over the NBA's placating Communist China's repression of its member's freedom of speech and Lebron James' ham-fisted response, an American illustrator has created a cartoon showing Chinese President Xi Jinping "educating" James about the communist country's treatment of ethnic minorities.

Allan Rios, 42, who goes by the pen name Dedoshucos, told Taiwan News that he created the cartoon in response to Lebron James' comment on Oct. 14 that Rockets manager Daryl Morey "wasn't educated on the situation at hand" when he tweeted words of support for protesters in Hong Kong.

In the cartoon, James says "Xi, you said you were pro-minority rights." In response, Xi "educates" James on the Communist Chinese Party's approach to minorities by saying "We so minority rights we re-educating 3 million of them for free in high-tech camps. We'll put you in camps too as soon as we get a chance."

The "three million" that Rios mentions in the cartoon is the estimated number of Chinese Muslims who have been forcibly placed in so-called "re-education camps," according to the United States Department of Defense. Many international researchers are describing the internment camps in Xinjiang Province as an integral part of a cultural genocide campaign.

Commenting on the piece, Rios told Taiwan News, "I thought it was extraordinarily ironic for someone [whose ancestors] had been bitterly oppressed to claim ignorance in the subject of a regime whose oppression of minorities is so well documented and siding with them for economic reasons."

He added that if the Chinese government treats its own citizens so harshly, there is no reason to believe they would treat the peoples of other nations any better: "As if the Chinese communist government would waste any time oppressing African-Americans if it suited their interest given the CCPs appalling record of human rights abuses." 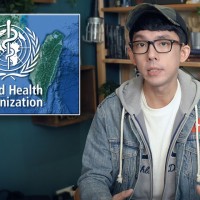