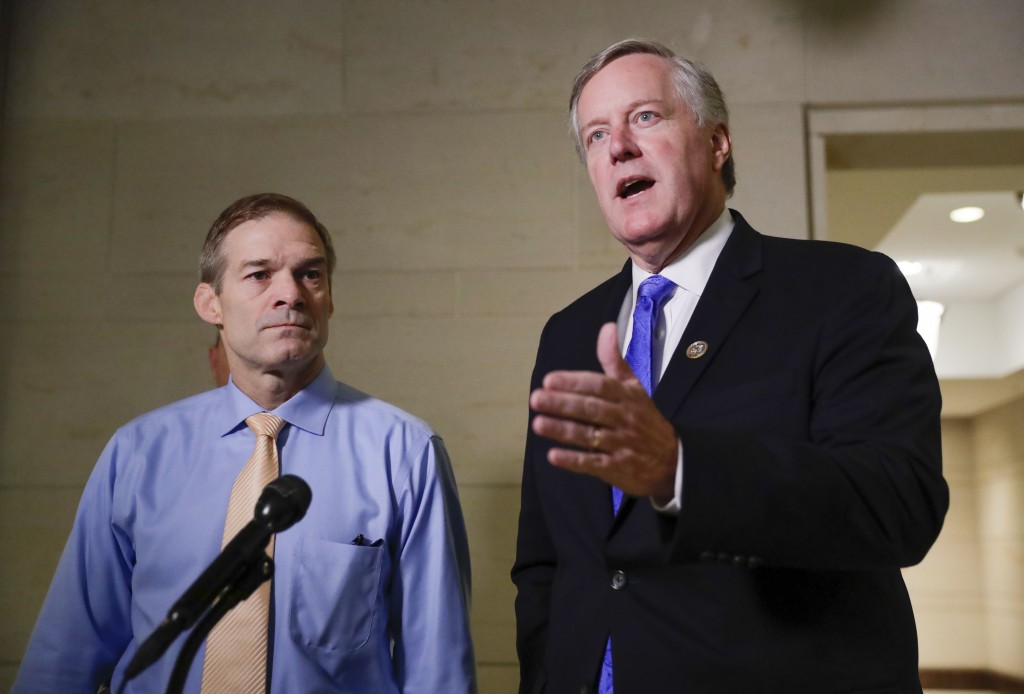 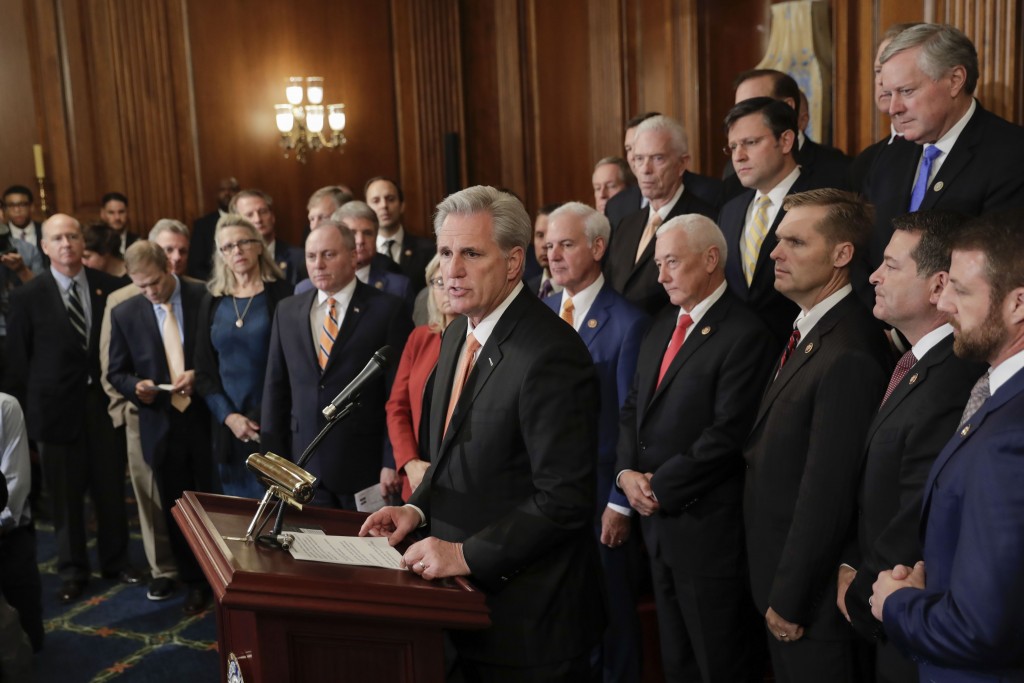 WASHINGTON (AP) — The explosive allegations have been largely corroborated. The whistleblower's identity is legally protected. But conservative allies of President Donald Trump are trying to unmask the intelligence community official whose complaint served as the catalyst for Democrat-led impeachment probe.

The CIA official's identity has been cloaked in secrecy since the September revelation of the whistleblower complaint that raised alarms about the president's call with Ukrainian President Volodymyr Zelenskiy. In the July 25 call, Trump pressed the new leader of the eastern European country to investigate Trump's political rivals.

The whistleblower's secondhand account of the call provided a roadmap for House Democrats investigating whether the president and others in his orbit pressured Ukraine to probe political opponents, including former Vice President Joe Biden. Now the Washington guessing game over the whistleblower's identity is taking a more perilous turn as Trump allies, relying on scant biographical details, work to pierce the person's anonymity in a bid to defend the president.

Congressional Republicans on Thursday seized on conservative media reports that purported to identify the whistleblower.

"If the reports about the whistleblower's identity are true, it raises grave, fundamental concerns about the basis of this Ukraine investigation," tweeted Republican Rep. Mark Meadows of North Carolina.

Kentucky Sen. Rand Paul, a staunch Trump defender, tweeted out a link to a report about the whistleblower's identity.

Speaking on the House floor ahead of a vote to formalize the impeachment investigation, Rep. Jim Jordan, R-Ohio, complained that the process had begun "based on an anonymous whistleblower with no first-hand knowledge who has a bias against the president, who worked with Vice President Biden."

The fight over the whistleblower's identity is likely to accelerate as Democrats prepare to move forward with public impeachment hearings. Republicans have already indicated they would seek to try to force the whistleblower to testify publicly.

U.S. whistleblower laws exist to protect the identities and careers of people who bring forward accusations of wrongdoing by government officials. Lawmakers in both parties have historically backed those protections.

The Associated Press typically does not reveal the identity of whistleblowers.

In a closed-door hearing Tuesday with Lt. Col. Alexander Vindman, who handled Ukraine issues at the National Security Council, Democrats tried to stop Republican attempts to ask questions meant to unmask the whistleblower. Republicans tried to press Vindman to reveal whom he had discussed the Zelenskiy call with, aiming to call them as witnesses, but said he would not answer.

Rep. Michael McCaul, R-Texas, said: "Every time we get close to a witness, close to the whistleblower, we get shut down in that room. And you have to ask yourself this question: Why? Why does Adam Schiff not want us to ask those questions?"

Schiff is the chairman of House Intelligence Committee.

It was Democrats who first sought to call the whistleblower to testify — but in private and in a classified setting. In late September, Schiff had promised testimony "very soon." But in recent weeks, Schiff has shifted course and suggested the testimony was unnecessary because of the accounts already gathered from those more directly involved in the Ukraine issue.

The allegations in the whistleblower's complaint have been largely supported by a rough transcript of the Zelenskiy call released by the White House and by congressional testimony from those involved with the administration's Ukraine policy.

Republicans, meanwhile, see a political opportunity in unmasking the official, who the intelligence community's inspector general said could have "arguable political bias." The inspector general nevertheless found the whistleblower's complaint to be "credible."

In one tweet, Trump asked, "Who is this so-called 'whistleblower' who doesn't know the correct facts. Is he on our Country's side. Where does he come from."

White House officials nonetheless said they were not involved in efforts to publicly out the whistleblower. But they stressed that whistleblower protections are aimed at guarding against retaliation, not designed to provide absolute secrecy from public disclosure.

The whistleblower's attorneys, Andrew Bakaj and Mark Zaid, said they would neither confirm nor deny the person's identity, saying, "Our client is legally entitled to anonymity."

"Disclosure of the name of any person who may be suspected to be the whistleblower places that individual and their family in great physical danger," they said. "Any physical harm the individual and/or their family suffers as a result of disclosure means that the individuals and publications reporting such names will be personally liable for that harm. Such behavior is at the pinnacle of irresponsibility and is intentionally reckless."

Rep. Eliot Engel, D-N.Y., leader of one of the three committees leading closed-door interviews, echoed the lawyers' concerns, saying, "I condemn the shameful efforts to identify and harass the whistleblower whose life may be jeopardized for coming forward to tell the truth."