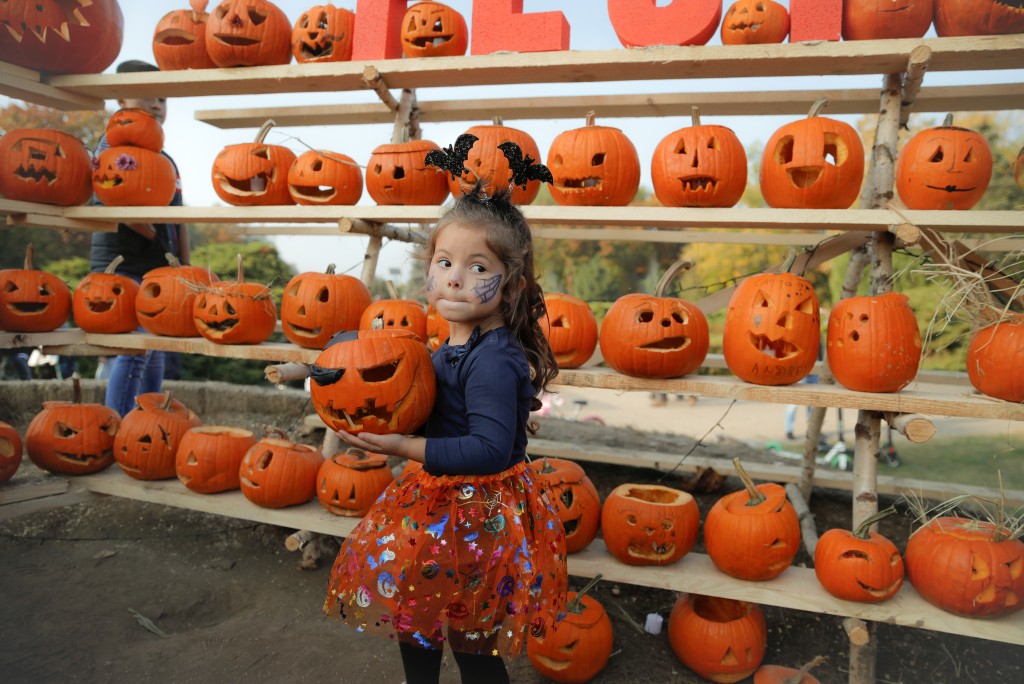 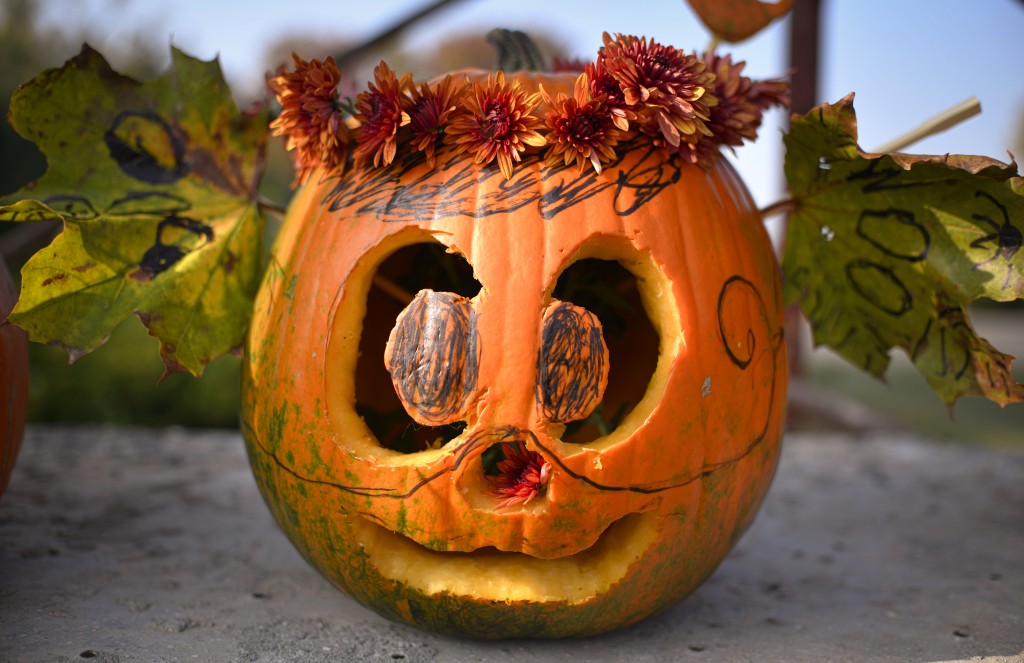 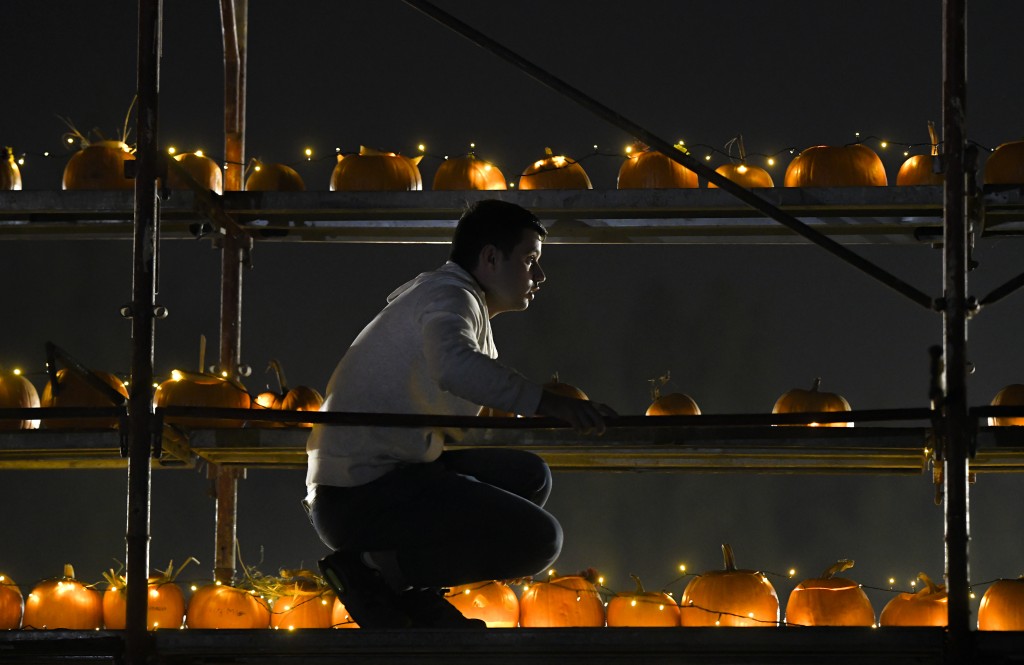 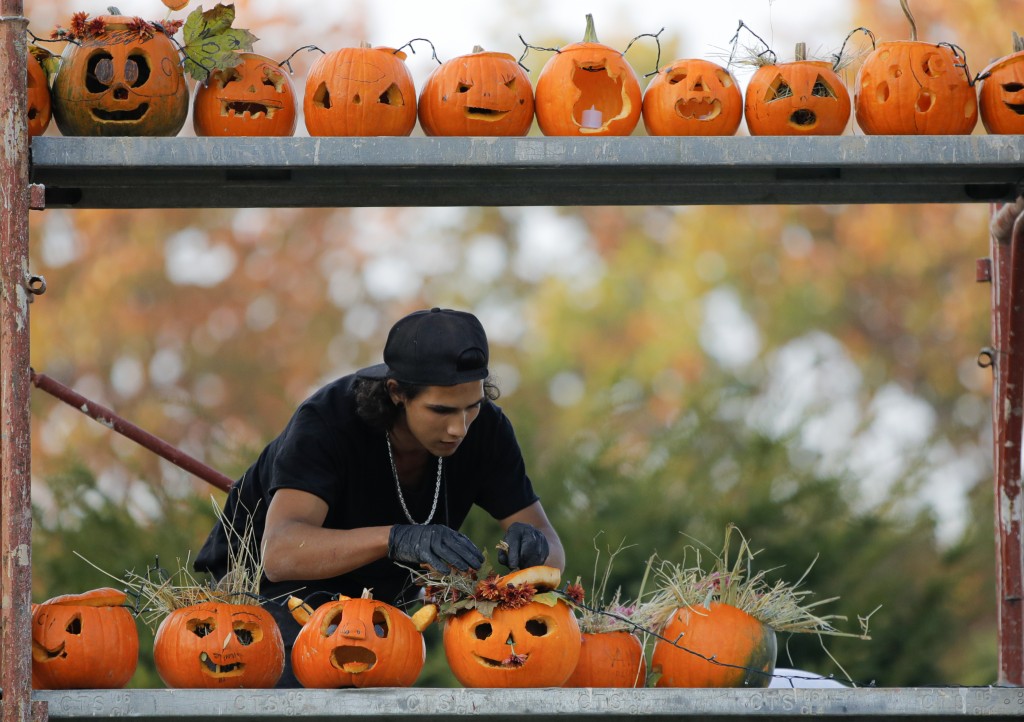 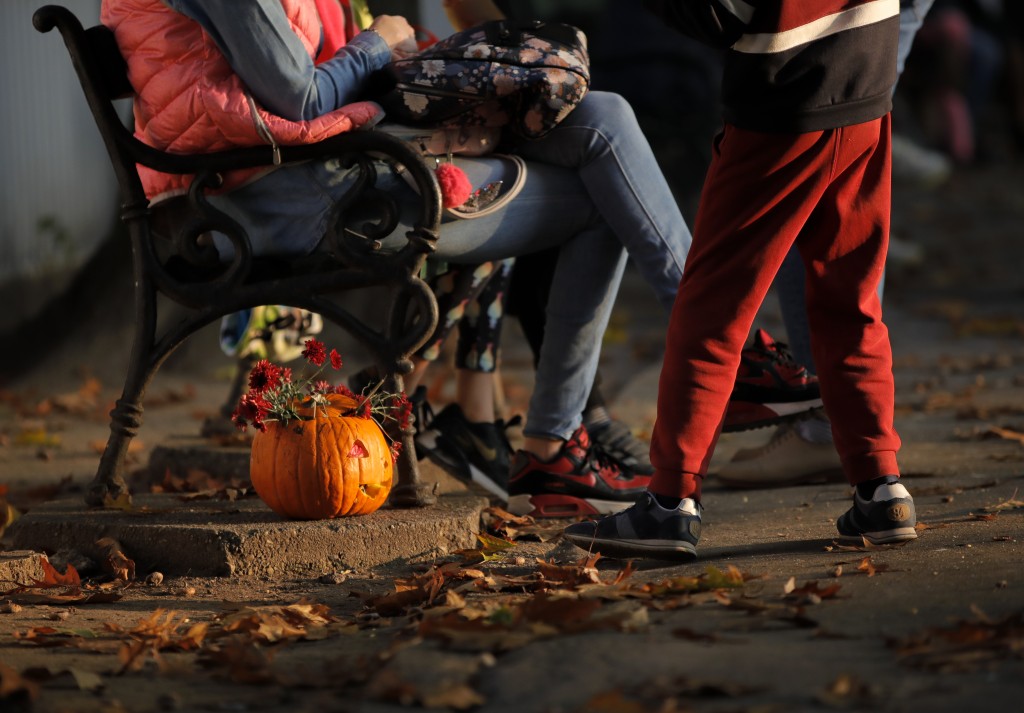 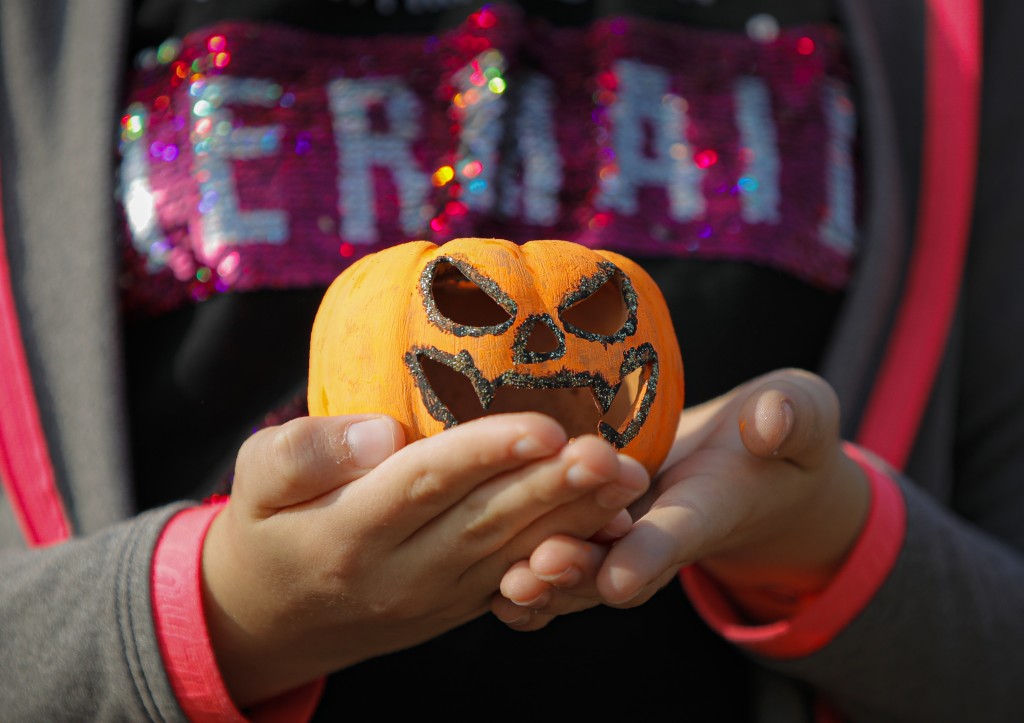 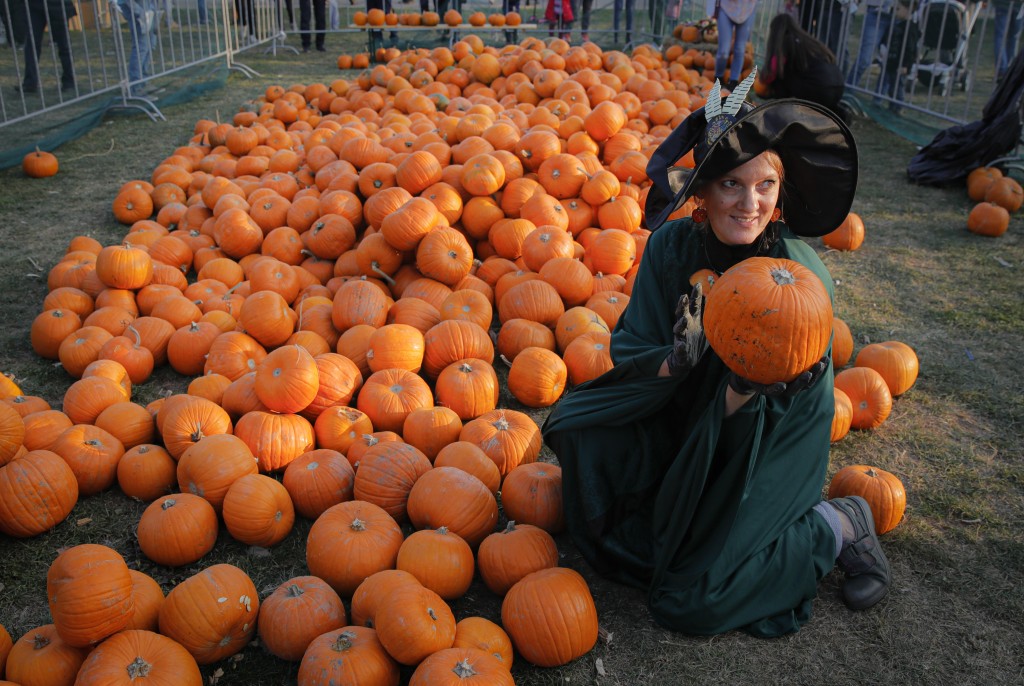 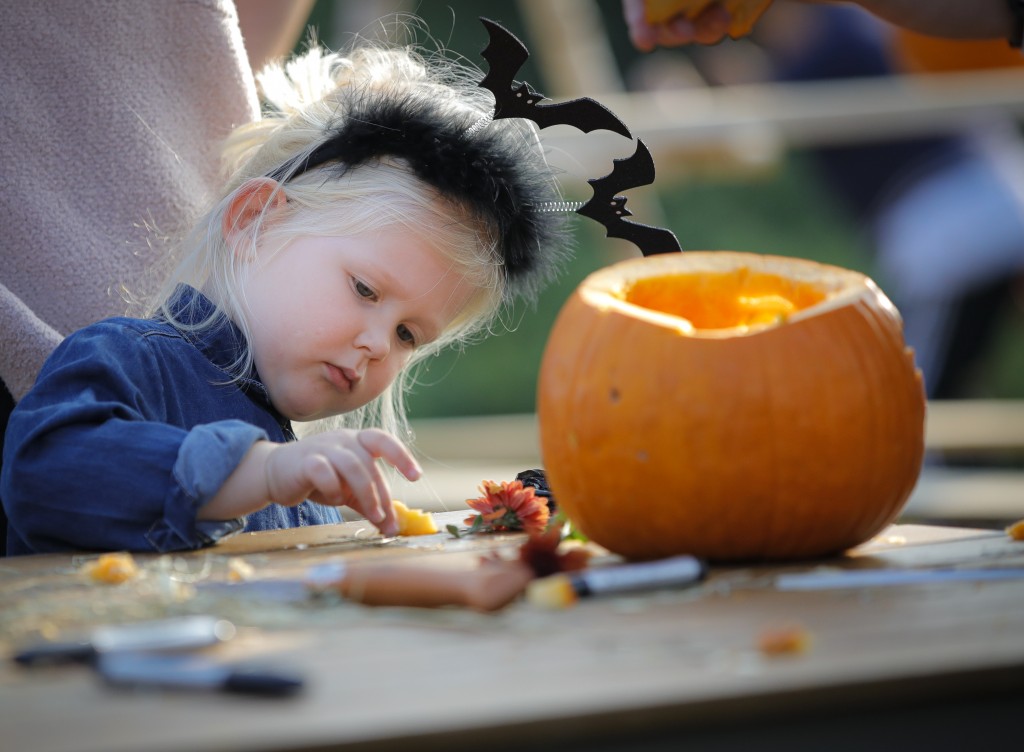 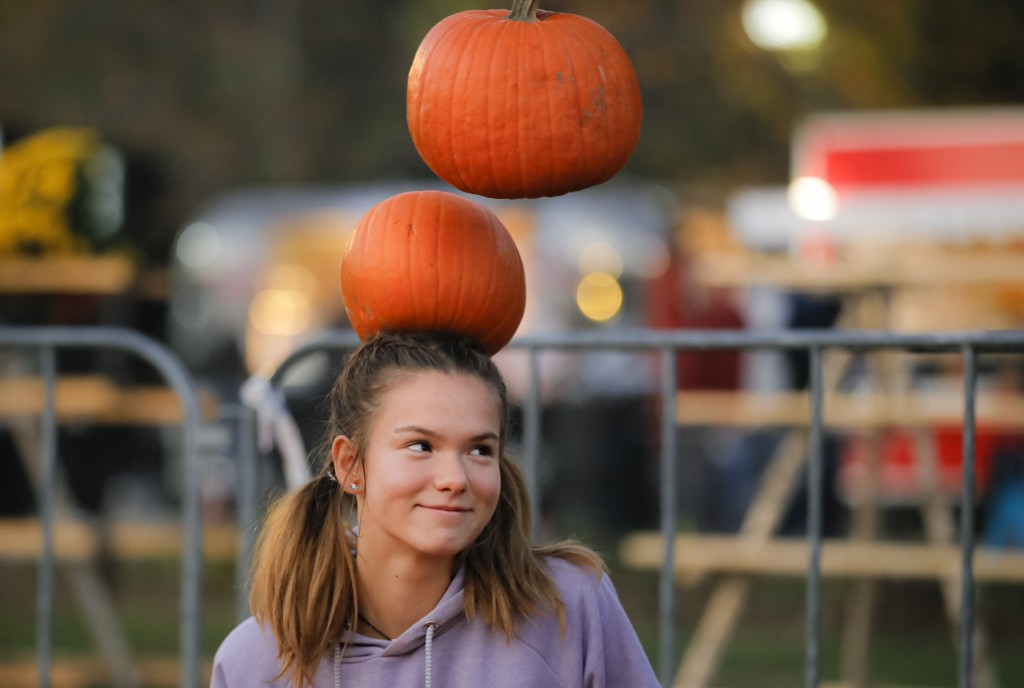 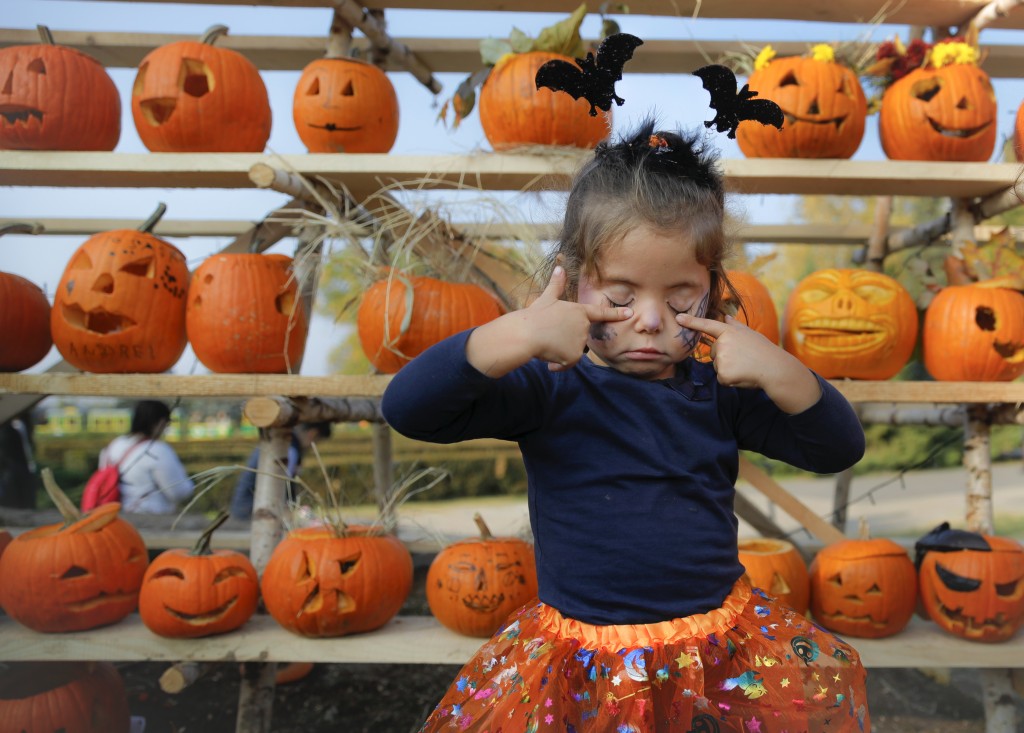 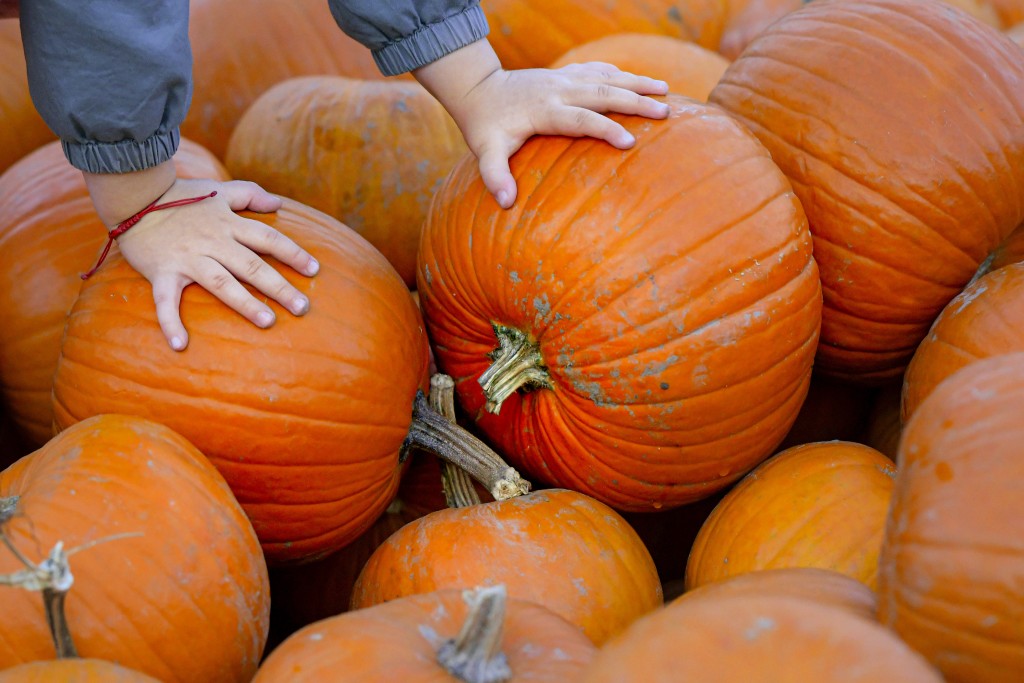 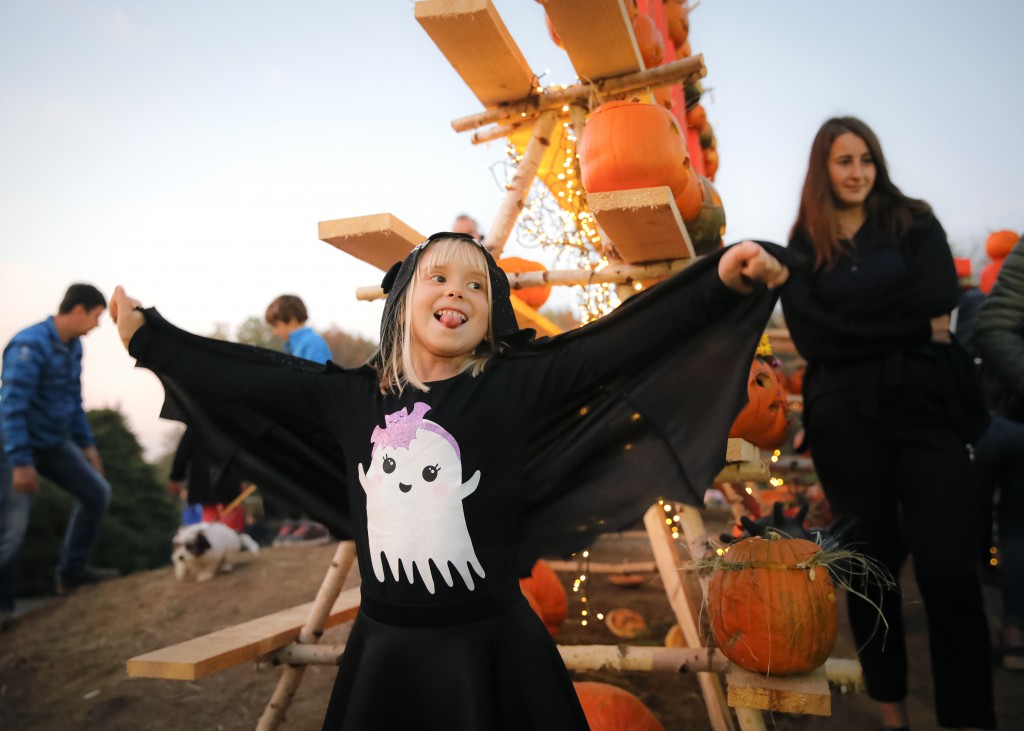 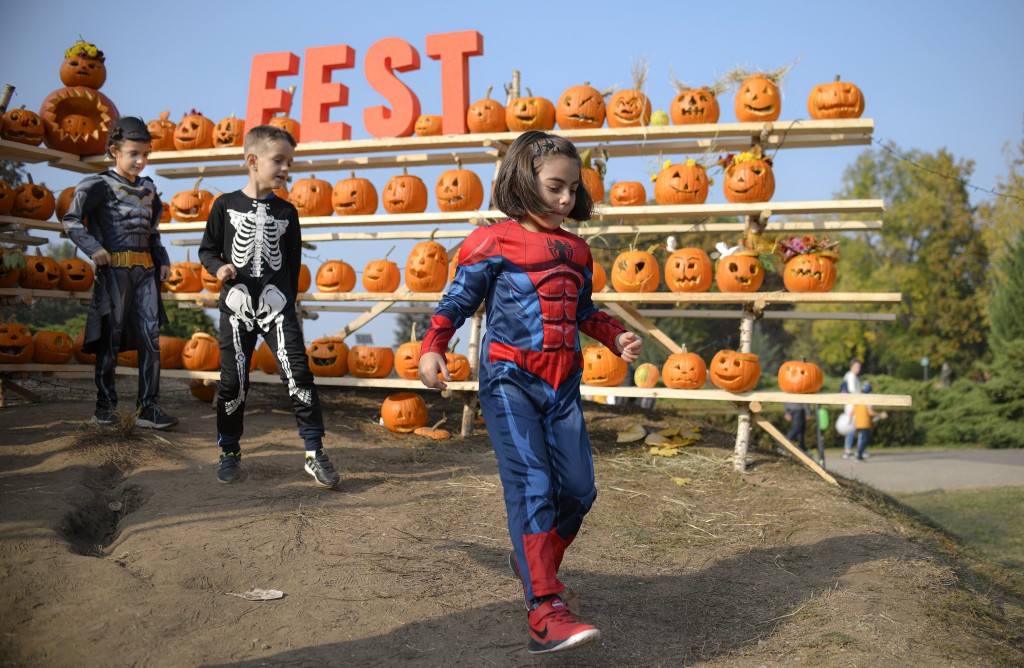 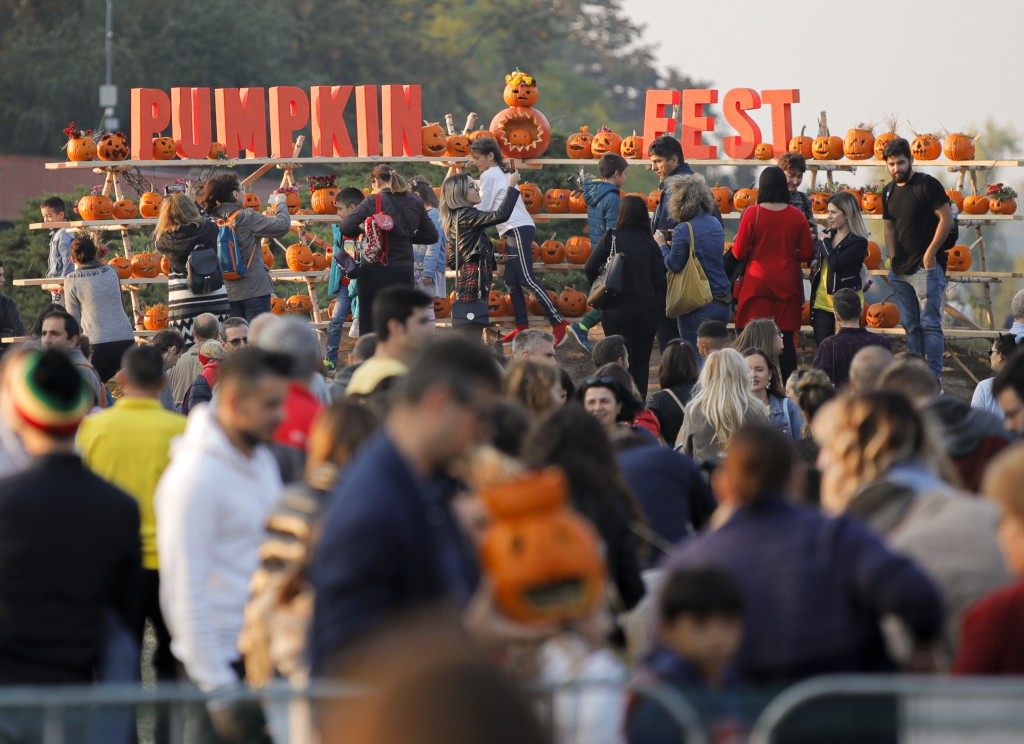 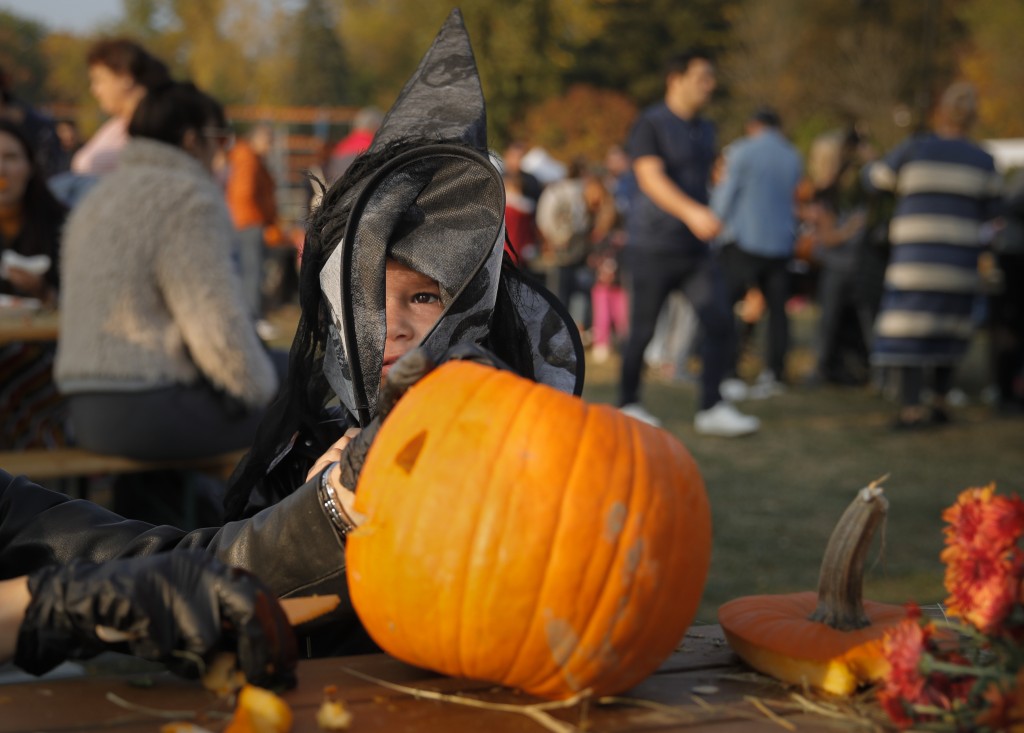 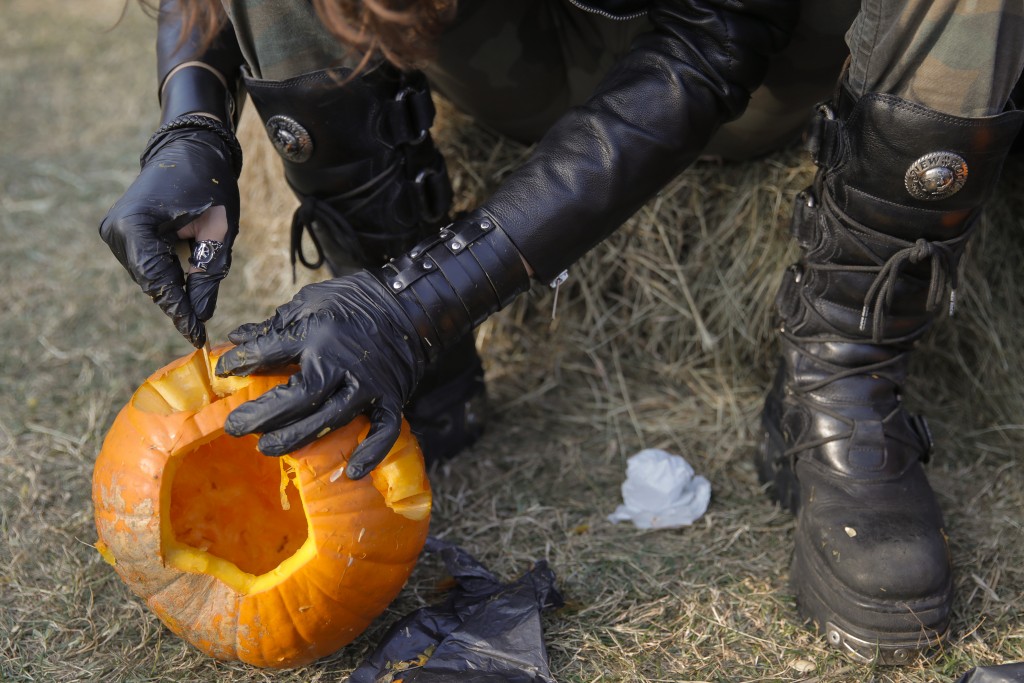 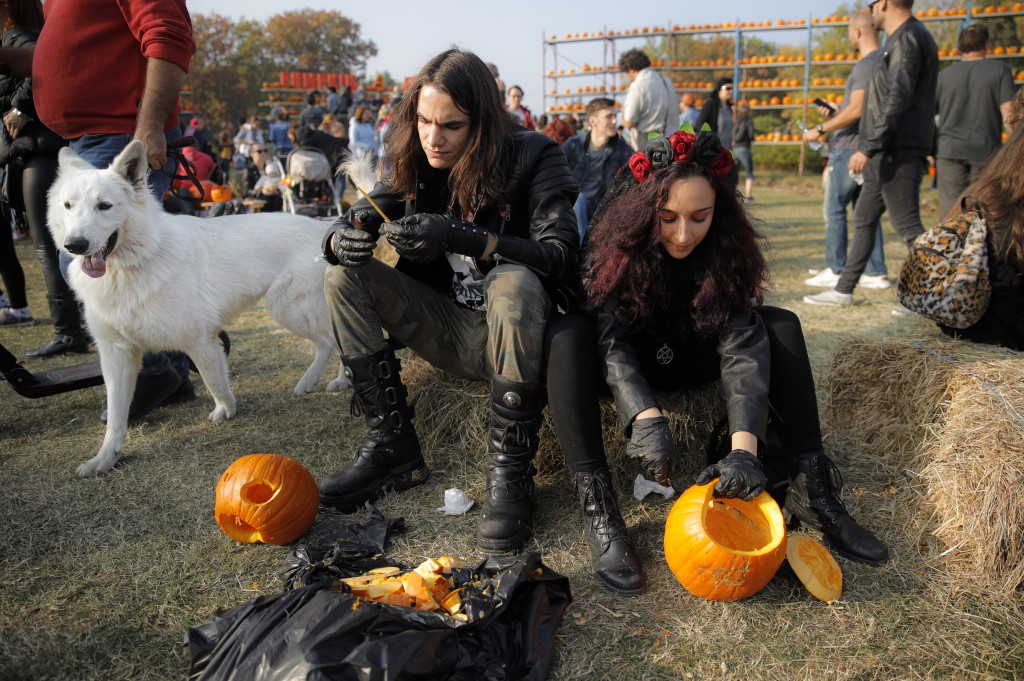 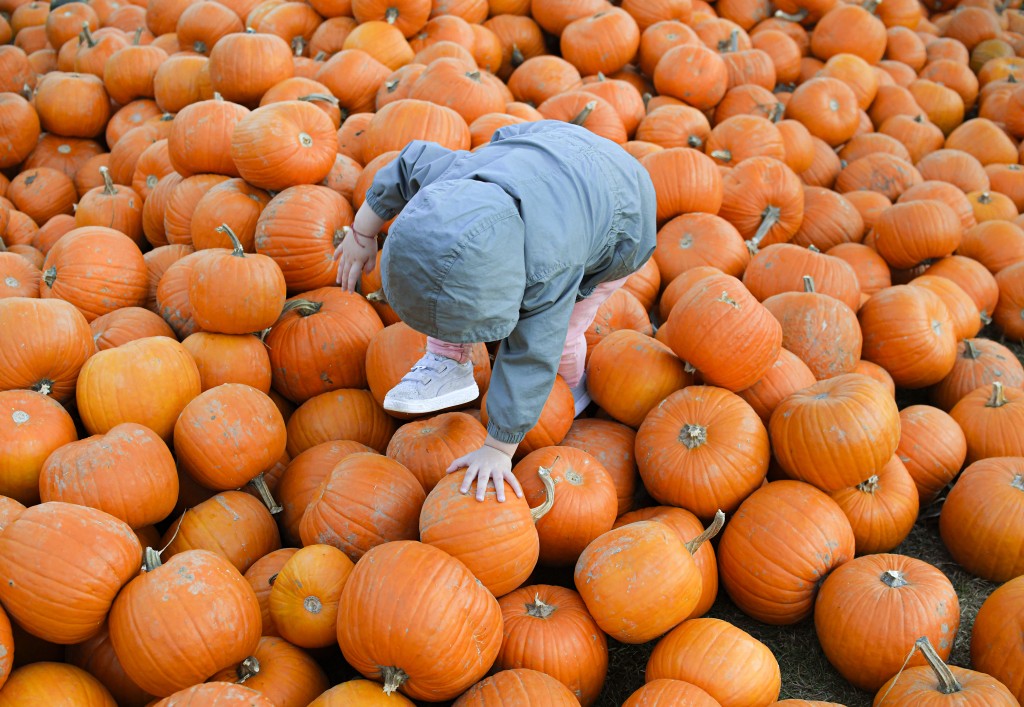 Thousands of visitors tried their hand at sculpting more than 30,000 pumpkins in a public park ahead of Halloween, spending hours on their work.

The results of their endeavor were then displayed on a 4-meter-high and 100-meter-long scaffold.

Halloween was virtually unknown in Romania before the fall of communism in 1989. It has since become increasingly popular with Romanians of all ages and is now an established event marked by parties and events throughout the country.

Some traditional Orthodox Romanians and members of the clergy disapprove of the celebrations, labeling them "anti-Christian," warning parents against allowing children to wear "evil creature masks" and deploring the "demonic" nature of the festivities.

But children in colorful Halloween costumes depicting ghosts, monsters and superheroes were the driving force of the weekend event in Bucharest, meticulously working on their pumpkins and then competing in an outfit parade.

The success of the Pumpkin Fest surprised organizers who saw the budgeted 30,000 pumpkins run out on the second day and had to bring truckloads more to satisfy demand.

The finished pumpkins were displayed on a 4-meter-high and 100-meter-long scaffold.