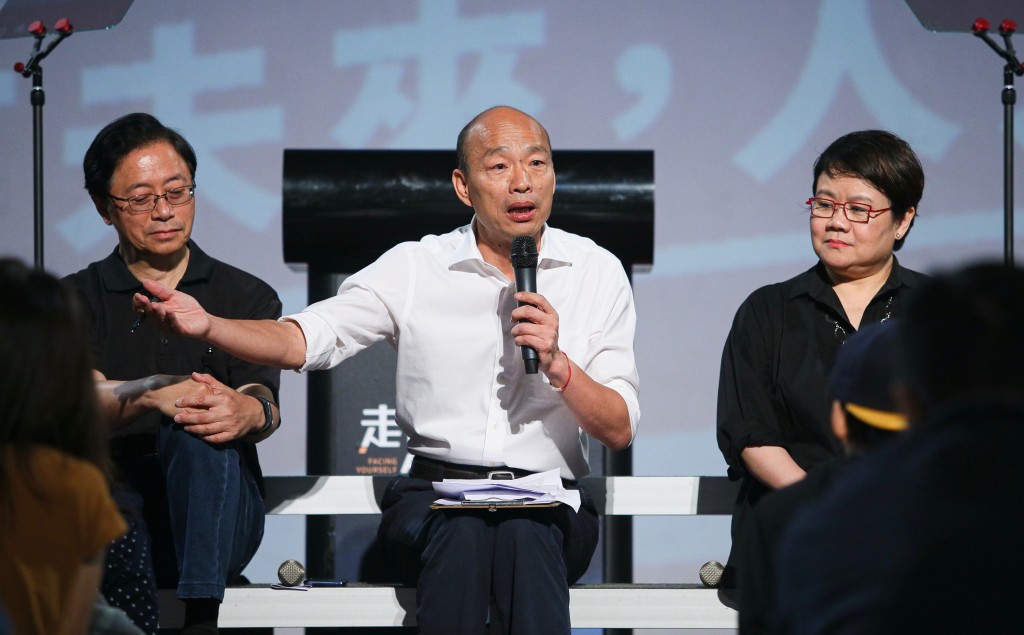 During the Facing Yourself forum in Taipei on Sunday, a student asked Han whether he advocated signing a "peace treaty" with China. Han responded by saying, "It is boring to stress [Taiwan's] sovereignty" then made the following bizarre, cryptic analogy:

"Cross-strait relations are like a bastard and daddy relationship. Is this impressive enough? Very impressive, this sentence. What is a bastard? I curse you as a bastard. What's called a daddy. Daddy gives anything [you] want. Isn't this easy to say? But what good is it for you? What good is it for 23 million people?"

Not only was the audience stupefied, but netizens watching from their screens were also dumbfounded. It is unclear from Han's analogy whether Taiwan or China is the "bastard" and who the "daddy" is.

Netizens quickly swarmed onto the popular online message board PTT to make sense of Han's rant:

"Please help me translate Han Kuo-yu. I've listened to it five times! I still can't understand him at all. His words do not relate to the context of comments made before or after. He does not seem to know what kind of context the context is. What is this thing? I'm begging for a translation."

"Kneeling and licking the Chinese Communist Party calling it Daddy."

"If you cannot understand Han's quotes, your education level is too low. You need to study more."

"You don't have enough stuff in your brain, so of course you don't understand."

"You're definitely not a drinker." (Han has been accused of drinking excessively) Han campaign spokesman Yeh Yuan-chih (葉元之) later explained that Han meant that "cross-strait relations are not a zero-sum game," reported SET News. He said those that curse China as a "bastard" are anti-Communist China, while those who do not curse China love it or call it "Daddy."

This is looking at everything from an ideological standpoint, but cross-strait relations are complex, not black and white, said Yeh. "We will not use abusive language and slogans calling for Taiwan independence just to win votes. But we will not entirely rely on close ties with the other side of the strait either," said Yeh.

However, when pressed on the subject by the media on Monday afternoon, Han said it was just a short sentence and "just an analogy," according to the report. He then proceeded to skip three questions in a row before asking, "Are there any more questions?" and giving no further explanation.

When asked by reporters Tuesday morning to comment on Han's remarks Tuesday, President Tsai Ing-wen (蔡英文) said she really did not understand the context of his statement and noted that many other people did not understand what he was saying, reported Liberty Times.

Tsai then stressed that cross-strait relations are a very important issue concerning Taiwan's future. She added that any political figure should be very careful with their words and deeds.

"Taiwan's sovereignty faces many challenges, which is a very serious issue," said Tsai. She went on to say that China proposed the "one country, two systems" framework for Taiwan and that this means Taiwan's democracy and freedom are under great peril and that "we should face it seriously."