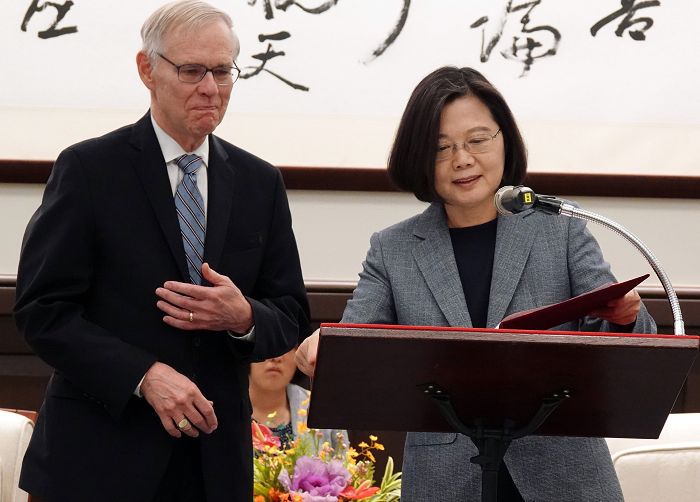 TAIPEI (Taiwan News) — After the sudden cancellation of the APEC Summit planned for November in Chile, which is now facing social unrest in the capital of Santiago, President Tsai on Thursday (Oct. 31) expressed her hope that dialogue with international partners would continue apace.

Despite the unfortunate news of the summit’s cancellation this year, Tsai said Taiwan remains a willing partner that plans to continue pursuing multilateral dialogues at the ministerial level with partners across the Asia-Pacific region. Tsai especially emphasized Taiwan’s advances in developing the digital economy and the potential contributions in this area that Taipei is ready to offer the international community.

Tsai’s comments followed a morning meeting with former American Institute in Taiwan Director Richard Bush at the Presidential Office shortly after the decision from APEC was announced. Bush is currently a senior fellow at the Washington-based Brookings Institution.

In light of the cancellation, President Tsai emphasized that APEC is one of the most important international organizations Taiwan is a part of. She said that member states should continue to seek opportunities to share their work and experiences from the past year.

CNA reports that Tsai has instructed the relevant ministries of government to reach out to their counterparts in other APEC member economies to ensure sustained cooperation and communication in the months ahead.