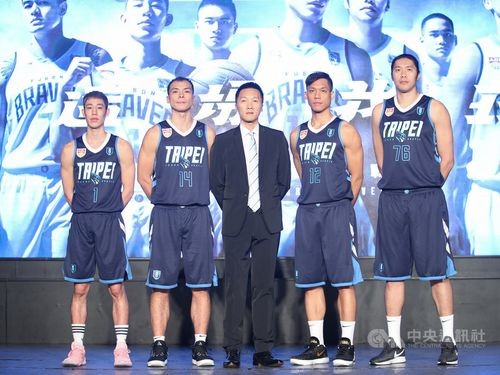 The ASEAN Basketball League (ABL) will tip off this season with the participation of two teams from Taiwan, one of them being the Fubon Braves that won the national Super Basketball League (SBL) earlier this year, the ABL said Wednesday.

The Fubon Braves will play their debut ABL game against the Macau Black Bears on Nov.16 on their home court at the Taipei Heping Basketball Gymnasium, the ABL said in a statement.

The team won their first championship trophy in May, after defeating the Taiwan Beer in a four-game sweep in Taiwan's semi-professional SBL.

"I'm very excited, and also nervous because I know this league has (allows) more than two imports," Braves head coach Roger Hsu (許晉哲) was quoted as saying in the ABL statement. "It's totally different basketball because we have a lot of local players."

The other Taiwanese team is the Formosa Dreamers, which has been playing in the ABL since 2017. The two teams will face each other on Dec. 7 at Changhua Stadium in Changhua City.

"There is only one winner in the game, and we hope the winner will be the fans," Formosa Dreamers team manager Blackie Chen (陳建州) said.