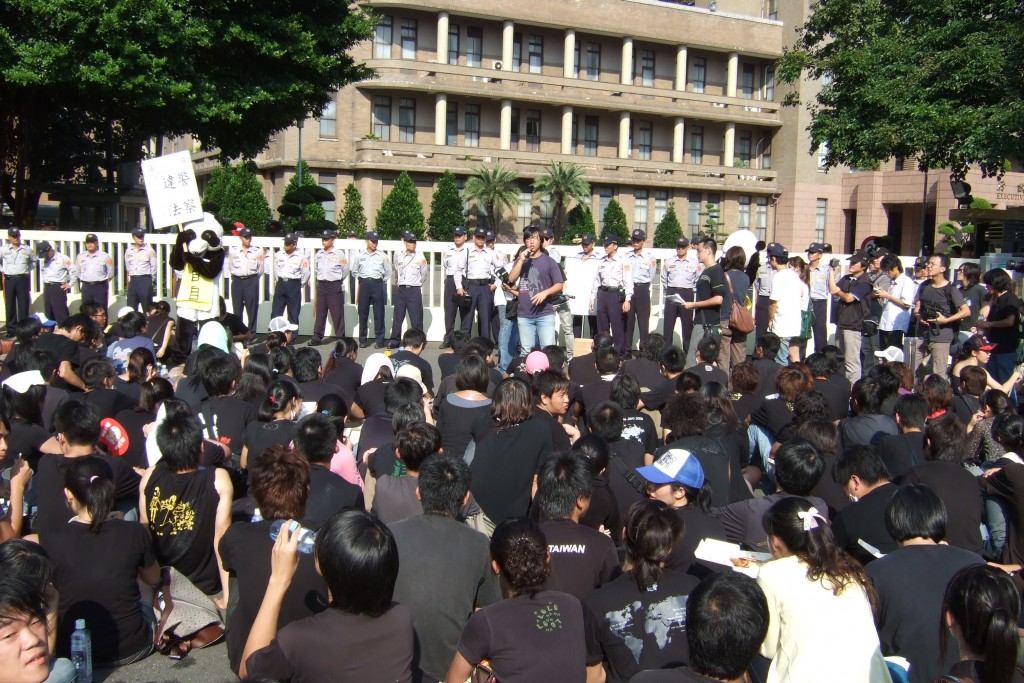 TAIPEI (Taiwan News) — A group of Sunflower Movement protesters were awarded compensation totaling NT$1.1 million (US$36,000) Wednesday (October 30) for their forceful dispersal by police outside a government building in 2014, but appeals are still possible.

Former Taiwan Solidarity Union legislator Chou Ni-an (周倪安) and 29 others had been holding a peaceful sit-in at the Executive Yuan against a trade agreement with China when Taipei police intervened and removed them by force, CNA reported.

The group decided to sue for compensation, and as a result, the Taipei District Court awarded them NT$1.1 million, though some individuals will receive nothing, and Chou will be given the highest single amount, a total of NT$200,000.

In her reaction to the ruling, the former lawmaker described the compensation as belated justice, CNA reported.

Judicial reform advocates pointed out that the police had never issued disciplinary measures and that none of the police officers involved had ever been identified.

Attorneys were reportedly considering filing an appeal on behalf of those protesters who had not been awarded any compensation, and they called on police to drop any plans for an appeal of their own.