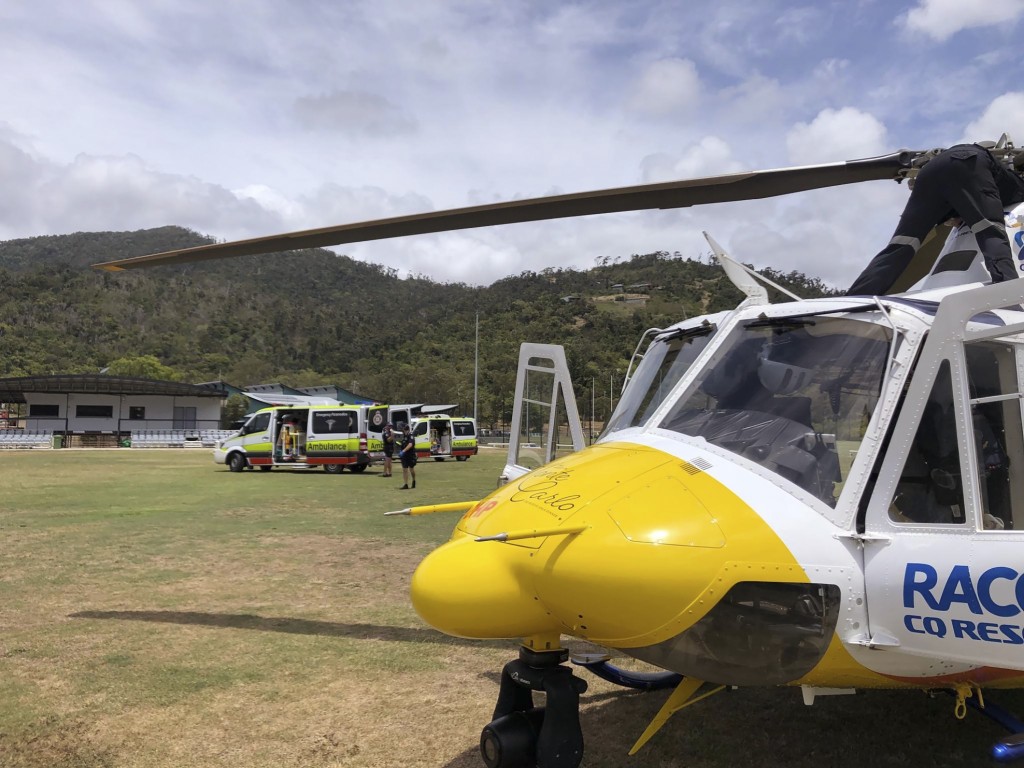 The men had been snorkeling Tuesday in the Whitsunday Islands when a shark bit off one man's foot and mauled the other man's leg.

Swedish couple Billy Ludvigsson, who is an ambulance nurse, and Emma Andersson, an emergency response nurse, were on a day cruise vessel where the men were loaded after the attack.

Andersson said they helped the man who was loaded on first but his injury was less severe. They made a makeshift tourniquet to stop the life-threatening bleeding for the man who lost his foot and were successful after a few minutes, the Swedes told a news conference in Cannonvale.