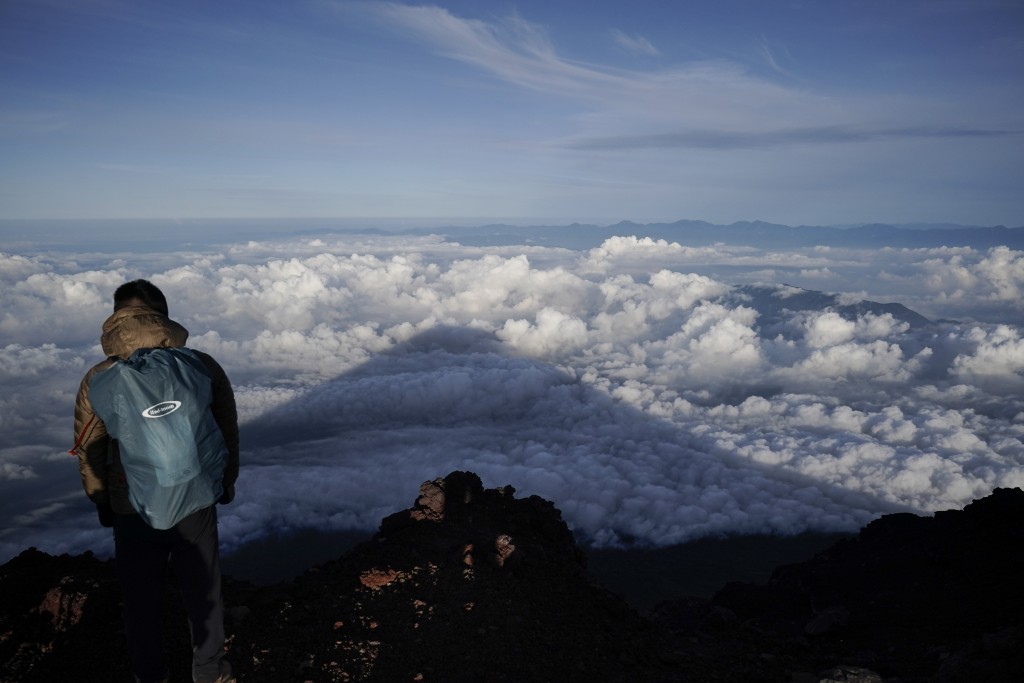 TOKYO (AP) — Japanese police are searching for a man who was seen falling while livestreaming his climb up Mount Fuji on YouTube.

Police in Shizuoka prefecture, home to Japan's highest mountain, said 10 rescuers were searching for a second day Wednesday after the man was seen falling down a snow-covered slope near the peak.

The video, "Let's Go to Snowy Mt. Fuji," shows a man who identifies himself as TEDZU panting and saying his fingers are freezing and he has trouble operating his smartphone.

The man, walking along a fence and apparently nearing the summit, says he was slipping. The video showed him going feet up, his hiking gear hurtling away before ending abruptly.