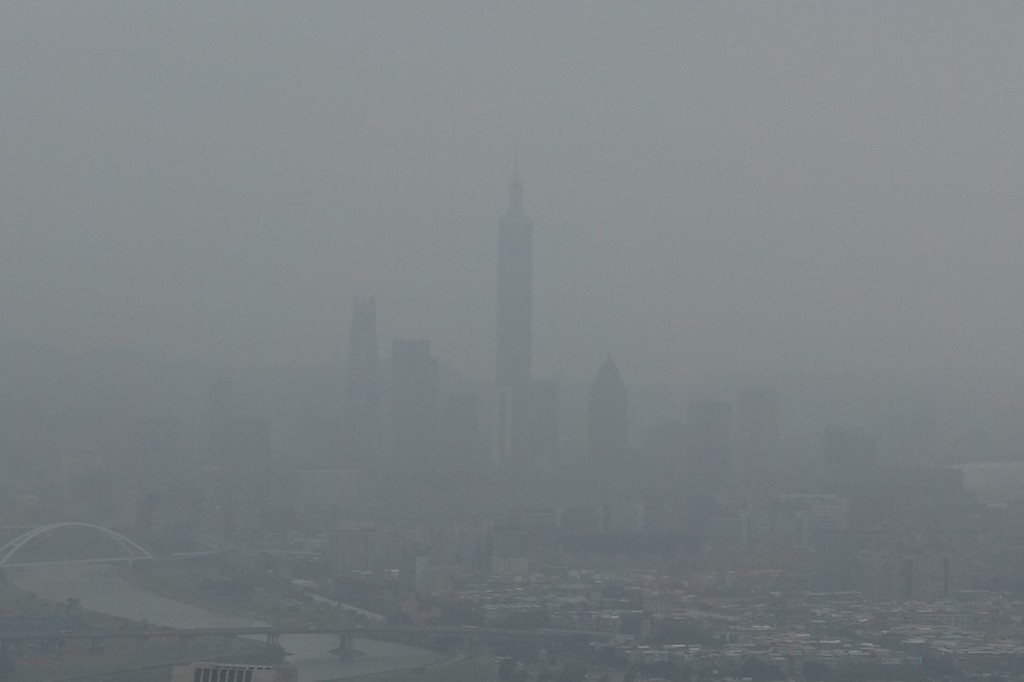 TAIPEI (Taiwan News) — As a monstrous dust storm descends on Taiwan, "red" pollution alerts have been issued at weather stations across northern Taiwan, and visibility has become so poor in Taipei that the city's iconic tower Taipei 101 has disappeared in the soupy air this morning (Oct. 30).

The EPA says that on Oct. 28, PM10 concentrations in Inner Mongolia reached 1,000 µg/m3, and on Oct. 29, PM10 levels in Nanjing and Shanghai reached 400 µg/m3. By 10 a.m. this morning, Taipei City's skyline was shrouded in such a thick layer of pollutants that Taipei 101 was nearly invisible. By this evening, the air quality in central and northern Taiwan may gradually improve as rainfall and northeast winds filter out some of the pollutants. However, the extent to which the pollution diminishes depends on the intensity of the wind and rain.

Higher wind speeds in the afternoon in Yunlin, Chiayi, and Nantou Counties could kick up dust, affecting air quality in those areas. The EPA predicts that on Thursday and Friday, northeast winds will present conditions better suited to dispersing air pollution in the northern, northeastern, and eastern parts of the island.