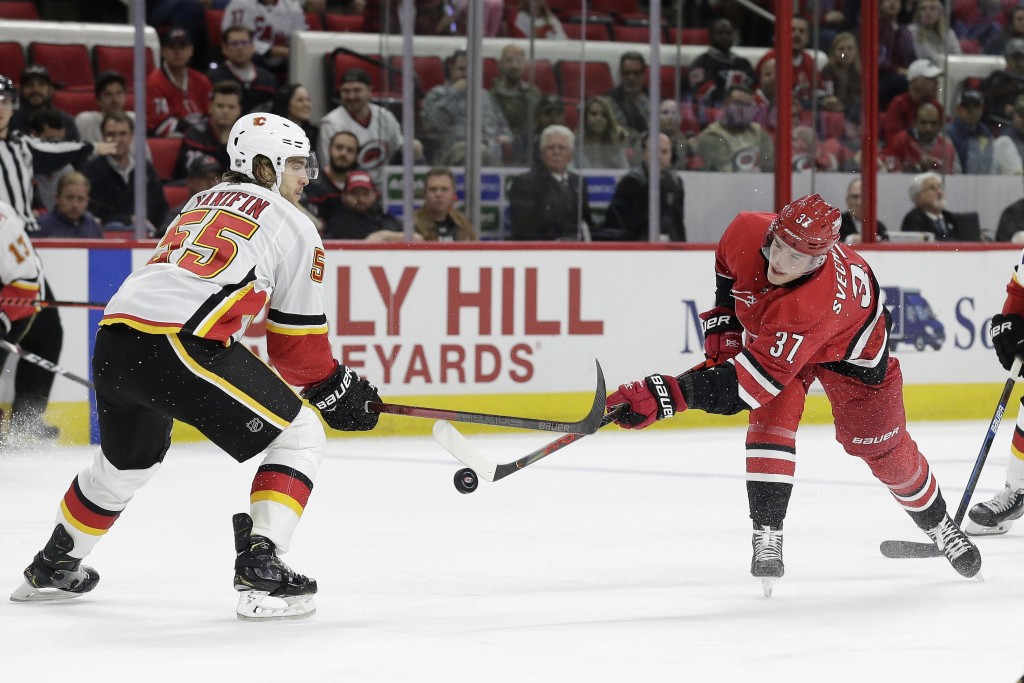 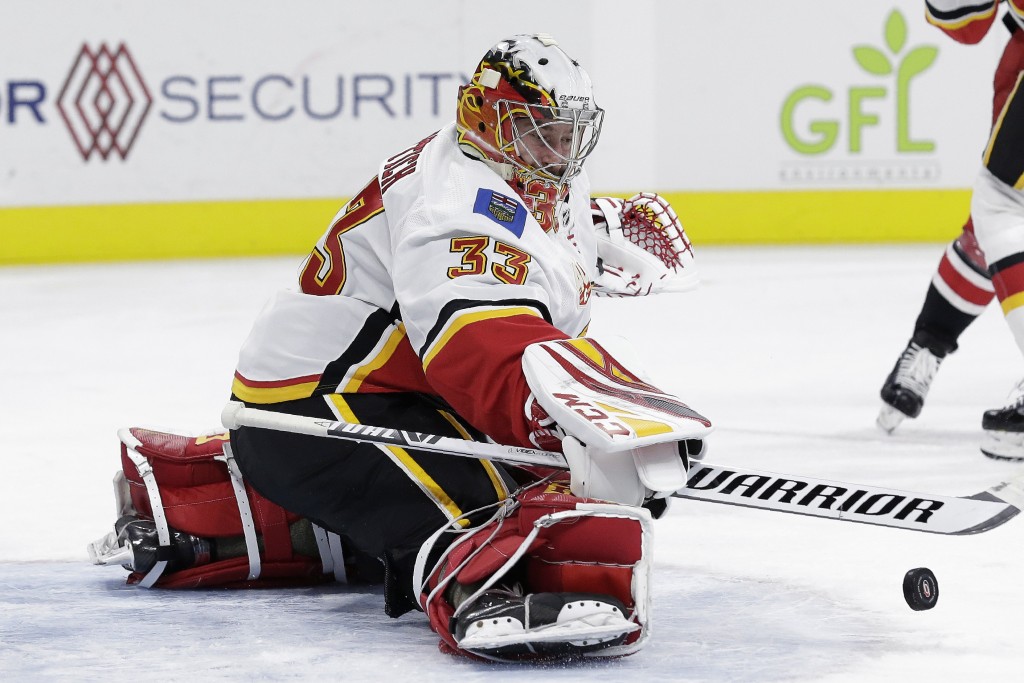 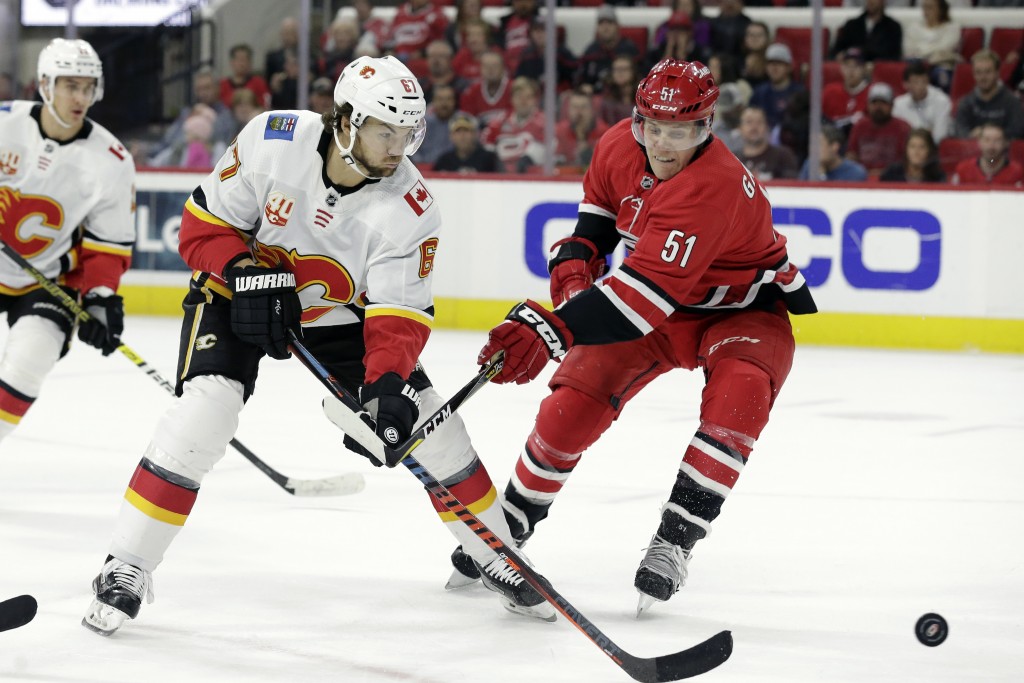 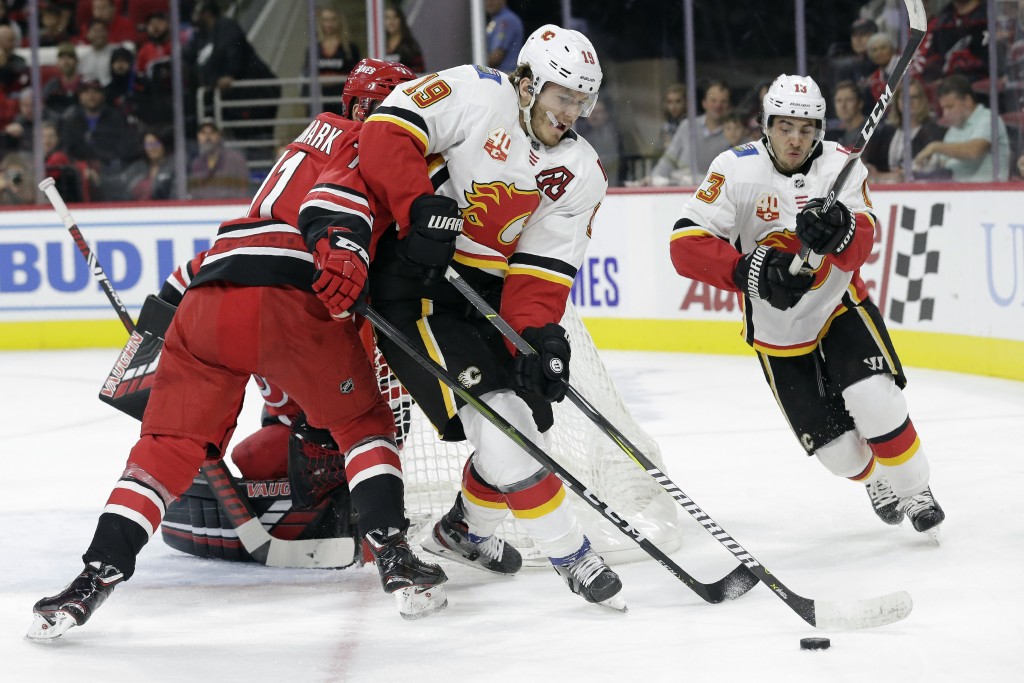 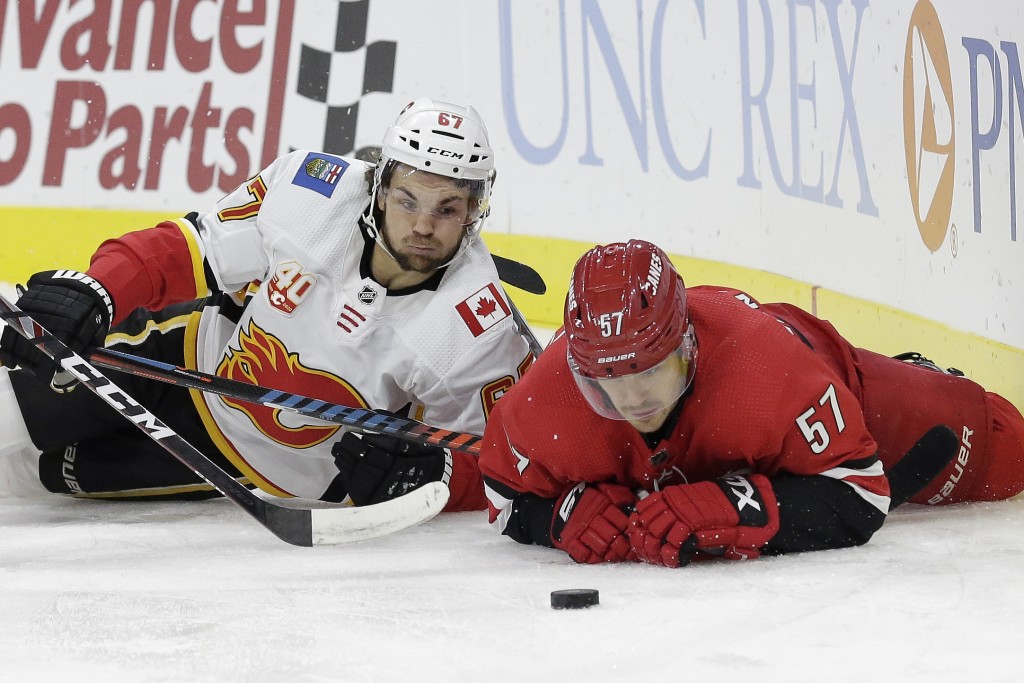 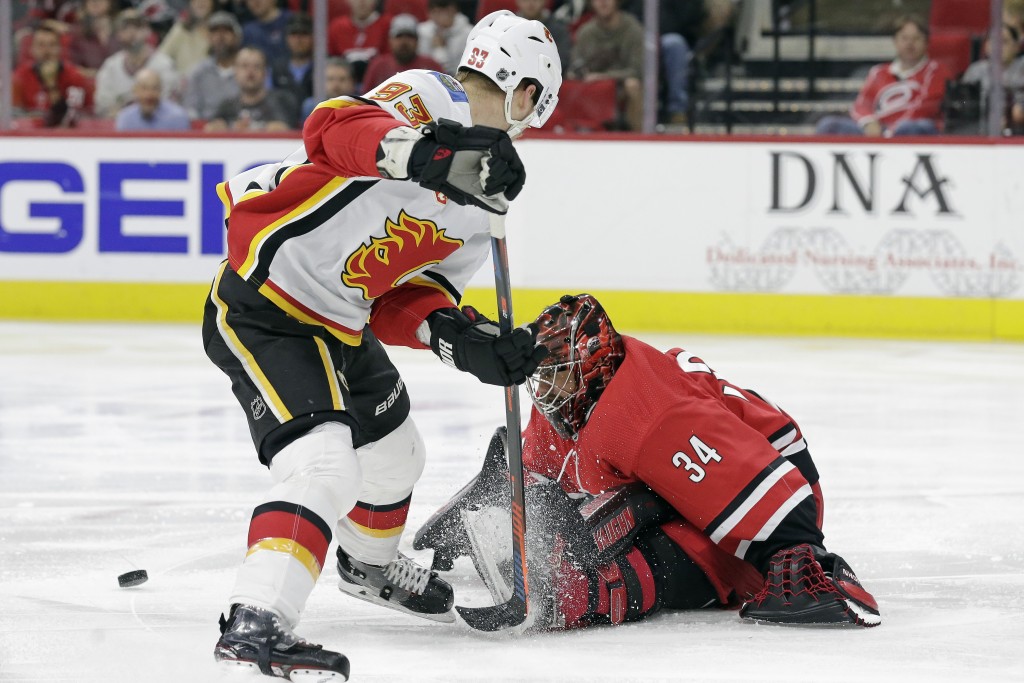 RALEIGH, N.C. (AP) — Andrei Svechnikov scored twice in the final 10:47, including a spectacular lacrosse-style goal that tied it, and the Carolina Hurricanes rallied to beat the Calgary Flames 2-1 on Tuesday night.

Svechnikov earned a spot in the highlight reels by bringing the puck behind the net, scooping it up on his stick blade, lifting it to chest-level and tucking it over goalie David Rittich's right shoulder.

He followed that with a power-play connection with 7:25 remaining — his second goal with the man advantage in two games — to help the Hurricanes win their second straight and beat ex-coach Bill Peters for the first time in three tries.

Elias Lindholm scored against his former team for the second straight year and David Rittich made 26 saves for the Flames. They started their five-game road swing with two straight losses and have dropped four of six. Peters left Carolina before last season to take over as Calgary's coach and won both meetings last year.

Petr Mrazek stopped 28 shots — including three in the final 90 seconds — and helped kill a tripping penalty to Dougie Hamilton with 2:32 to play.

The Hurricanes average 3.27 goals and have scored at least two of them in every game, and none were more impressive than Svechnikov's first. That one filled the highlight reels. The next one won it.

He took a feed from Hamilton in the circle and snapped the puck past Rittich, giving the second overall pick in the 2018 draft his second career power-play goal.

All three goals were scored by players picked by the Hurricanes in the first round.

Lindholm was the target of boos all night from the Carolina fans — especially after his one-timer with 6:56 left in the first, his team-leading eighth goal, put the Flames up 1-0.

Lindholm, taken by the Hurricanes with the fifth overall pick in 2013, spent his first five NHL seasons with Carolina but was dealt to Calgary before last season as part of the five-player trade that sent Hamilton and Micheal Ferland to the Hurricanes.

He has scored in each of his two games as a visitor at PNC Arena, and after his first game back last season, Lindholm mocked his former team's "Storm Surge" celebration by sarcastically clapping over his head on his way off the ice.

NOTES: Carolina celebrated with a trick-or-treat-themed "Storm Surge" with D Jake Gardiner handing out candy to his teammates from between the benches. ... Hamilton has points in five straight games. ... Calgary C Mikael Backlund thought he scored a goal 1:48 after Lindholm did, but it was disallowed after Carolina successfully challenged that Flames LW Matthew Tkachuk was offside on the play. ... The game was played on the 20th anniversary of the day PNC Arena opened.