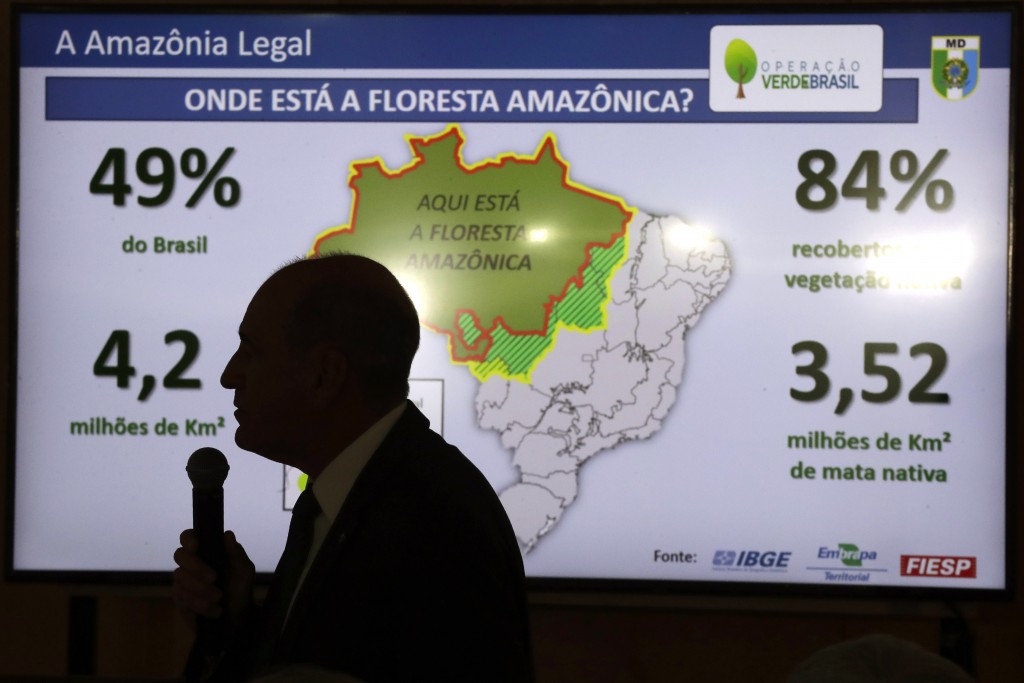 Adm. Leonardo Puntel said Tuesday three ships were already onsite, with another two on the way, as well as a helicopter.

The ships will try to identify the heavy crude, which has been particularly difficult to track while moving below the surface of the sea.

Thick black sludge started appearing on Brazil's coastline at the beginning of September. It has now polluted 254 beaches, mangroves and estuaries in nine northeastern states.

Environmentalists, activists and some politicians say the government's first response was slow and insufficient.

The Defense Ministry denies any wrongdoing, maintaining it acted as soon as the oil showed up.