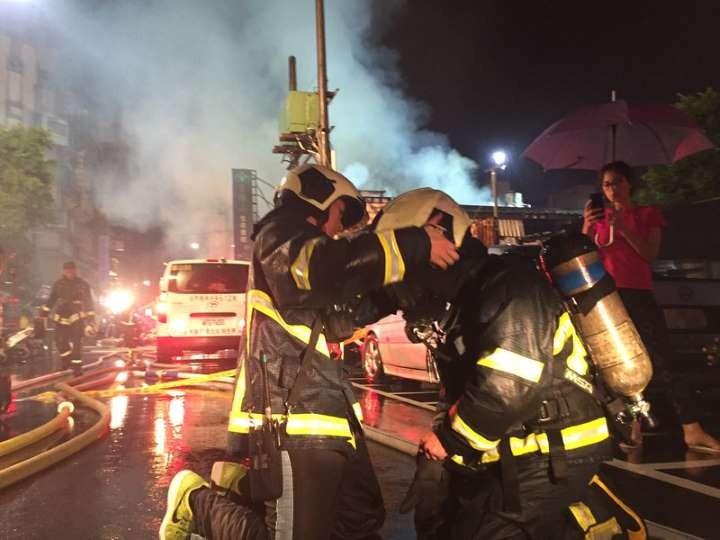 TAIPEI (Taiwan News) — The Legislative Yuan today passed amendments to the Fire Services Act (消防法), including a provision that states that if there is no danger to human life at the scene of a disaster, disaster relief workers are no longer required to carry out dangerous missions.

After two firefighters perished in a factory fire in Taichung City on Oct. 3, there has been much debate about revising the legislation. After the act was passed by the Legislative Yuan's Internal Administration Committee in 2018, Legislative Speaker Su Jia-chyuan (蘇嘉全) held additional discussions on Oct. 14 and 24, and a consensus was reached on the amendments.

On Tuesday morning (Oct. 29), the Legislative Yuan revised the act to give firefighters "the right to withdraw" from dangerous missions. The provisions specified in the third reading stipulate that under the premise of disaster relief safety, rescue personnel should weigh the purpose and risks of missions before taking appropriate actions, reported CNA.

If rescue workers deem that there is no risk to human life, high-risk operations can be called off. Under the new law, the National Fire Agency will be tasked with determining the criteria for dangerous disaster relief operations, according to the report.

Additionally, in the case of a factory fire, the plant's owner must provide a list of the types and quantity of hazardous chemicals to the fire chief on the scene, as well as a map to their location. If that information is not provided or is false, a fine of between NT$30,000 (US$983) and NT$600,000 will be levied upon the owner, reported CNA.

The factory owner must also dispatch someone on site to assist firefighters in containing the blaze. If the owner fails to dispatch such a person, then they will be subject to a fine of NT$500,000 to NT$1.5 million.

Should a rescue worker or firefighter die or suffer severe injuries during a mission, the National Fire Agency is required to form an ad hoc investigative committee comprised of firefighter representatives, scholars, and experts to determine the cause of an accident. The committee will then be required to present a report on the cause of the accident and put forward suggestions on improving disaster relief efforts.