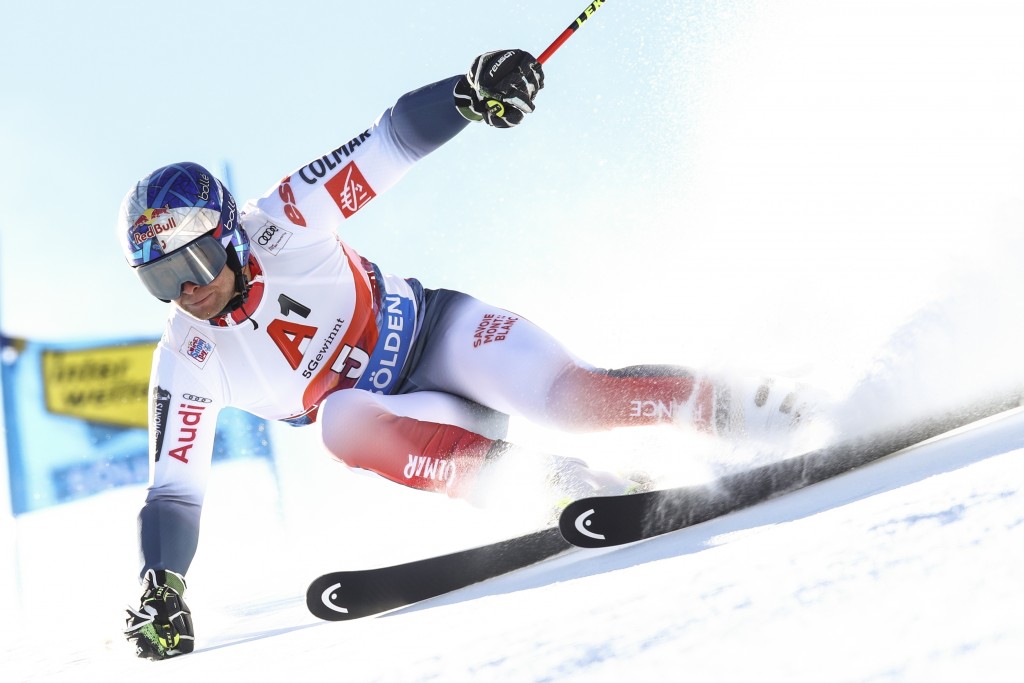 Swiss prospect Marco Odermatt trailed by 0.33 in third, with Slovenia's Zan Kranjec 0.01 further back in fourth and Canada's Erik Read 0.45 behind in fifth.

Pinturault finished runner-up to Marcel Hirscher in the overall standings last season and is widely regarded a main contender to succeed the retired record champion from Austria for the sport's biggest prize.

"The first run was very good for me. I didn't make mistakes. That was important," said Pinturault, adding he wasn't surprised by Faivre's challenge.

"Mathieu has been very fast in training. That's going to be a good fight," he said.

Pinturault won the traditional first GS of the season in the Austrian Alps when it was last held in 2016. The race was canceled due to bad weather in the past two years.

GS world champion Henrik Kristoffersen of Norway was 0.80 behind, sharing his position with Tommy Ford of the United States. Ted Ligety, who has won the season-opener on this hill a record four times, had 0.93 to make up in the second run.