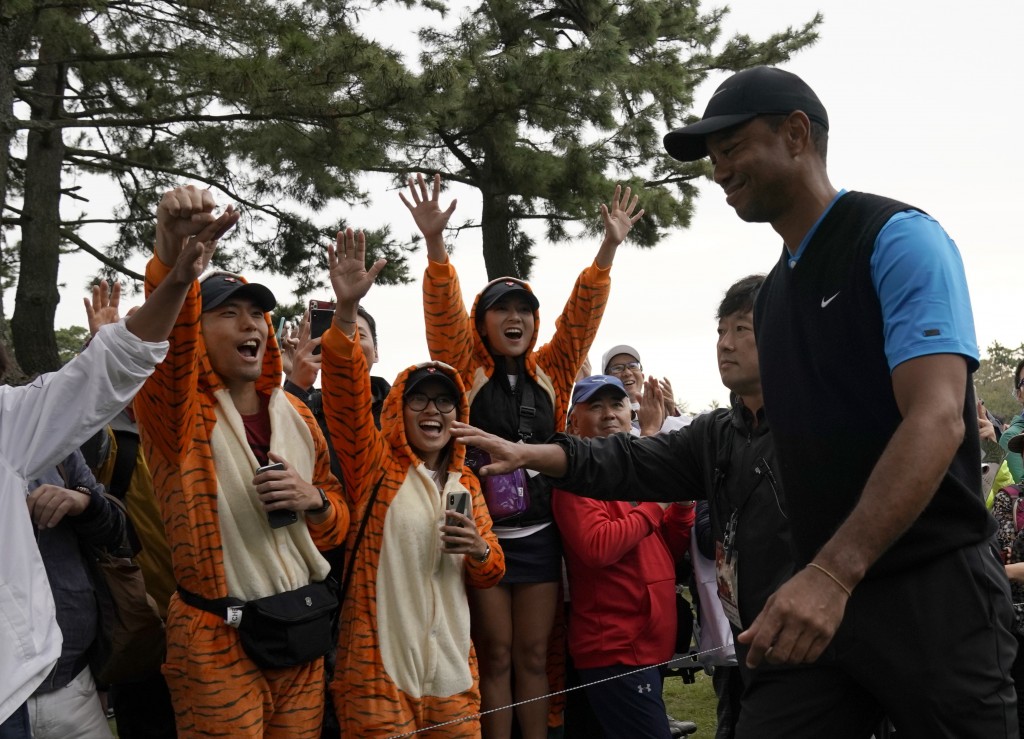 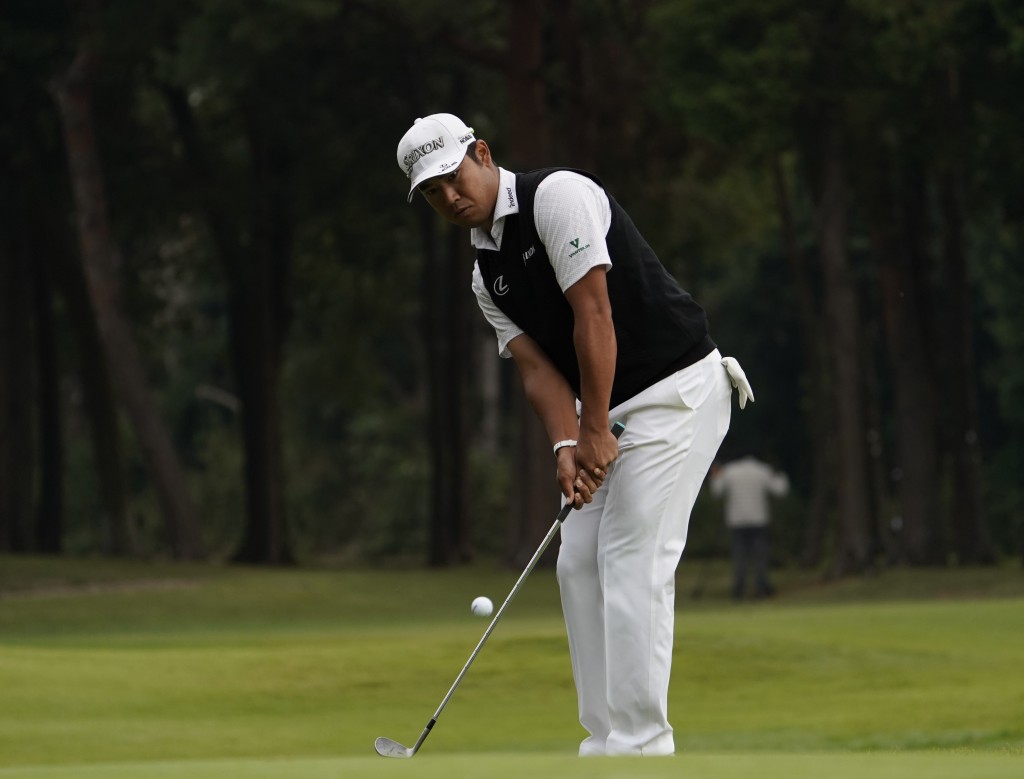 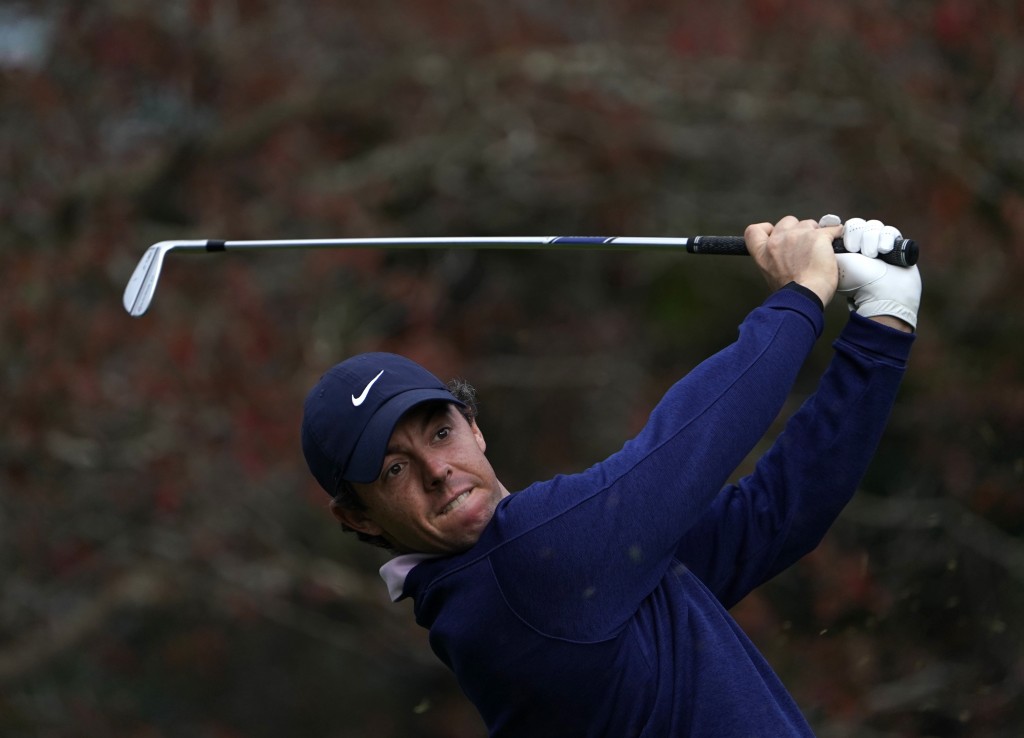 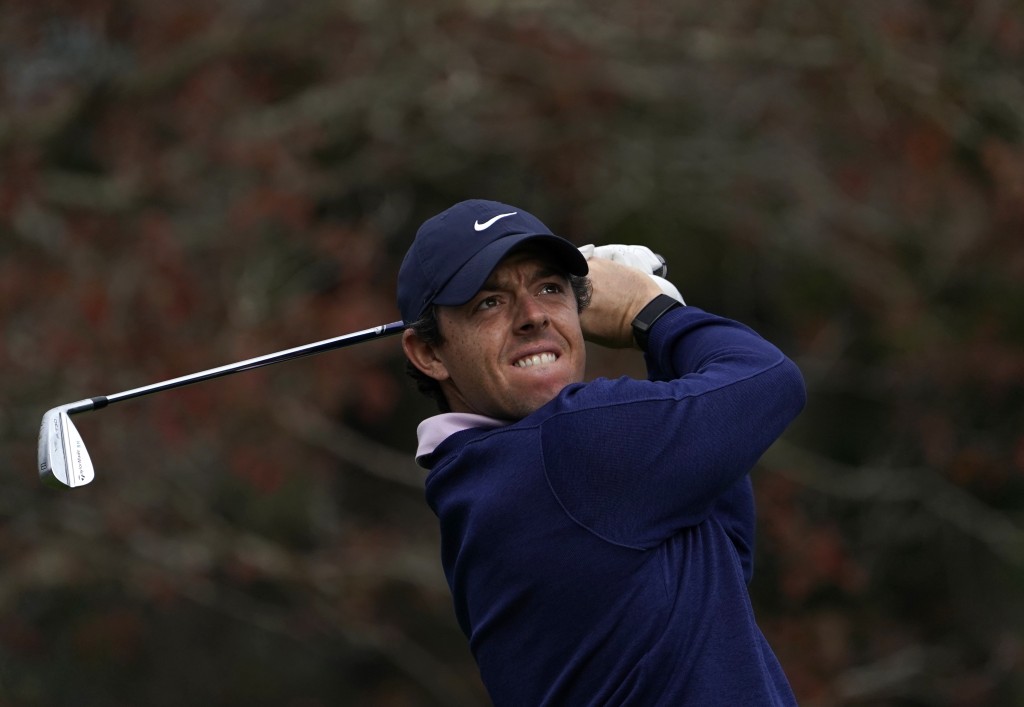 INZAI CITY, Japan (AP) — Tiger Woods shot 4-under 66 in the third round of the rain-hit Zozo Championship on Sunday to widen his lead to three strokes over local favorite Hideki Matsuyama.

Because torrential rain washed out play on Friday, the second round of the PGA Tour's first tournament in Japan was moved to Saturday. To make up for the lost day, the players started the fourth round immediately after finishing the third to get in as many holes as possible.

After a bogey on the par-4 first hole, Woods carded six birdies at the Accordia Golf Narashino Country Club course to finish three rounds at 16-under 194. His only other bogey came on the par-5 14th.

Matsuyama stayed in contention with a 65 that featured six birdies against a lone bogey.

Woods, who has led from the opening round, is making his first start in his 23rd season on the PGA Tour, needing one victory to reach 82 wins and tie the career record held by Sam Snead.

Any holes they can't get in Sunday will be played on Monday morning.

Rory McIlroy, the highest-ranked player in the field, fired a 63 that included an eagle on the par-5 18th hole, six birdies and a lone bogey, and was in seventh place.