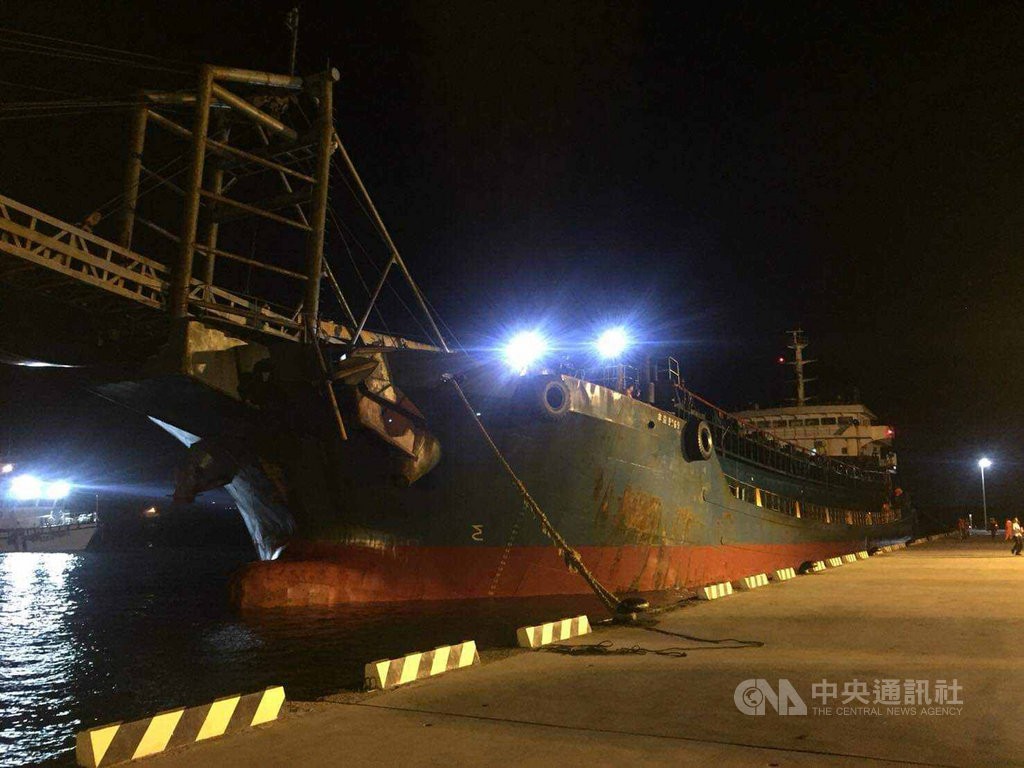 At midnight on Oct. 25, the Eighth Sea Patrol Team and the Penghu County Government seized the Fengyi 9969 sand-pumping ship and the Changxin 36 sand transportation vessel along with crew members from both Chinese vessels, including the captains.

At 8 p.m. on Oct. 24, sand was allegedly being mined in Taiwan's EEZ southwest of Qimei Township, Penghu County. The island township is located in the southwestern part of the Penghu archipelago.

EEZs are sea zones prescribed by the 1982 United Nations Convention on the Law of the Sea over which a state has special rights regarding the exploration and use of marine resources. Taiwan’s "Law on the Exclusive Economic Zone and the Continental Shelf" establishes Taiwan’s jurisdiction over the Penghu coastline.

According to a statement issued by the Penghu District Inspection Office, the sea around region's coastline is rich in natural resources and an important breeding ground for marine life such as narrow-barred Spanish mackerel and pencil squid. The Law’s purpose is to defend the natural ecology of the sea around Penghu. However, according to Liberty Times, due to the large amount of sand mining and transportation by Chinese sand-pumping and transporting vessels, the sandstone and topography of the seabed have been disrupted. This has seriously damaged the marine environment, continental reef, and natural ecology.

Sand-pumping involves the use of pumping stations, vessels and underground pipelines to transfer slurries of sand and seawater from beaches and shallow coasts where sand is abundant. Since China banned sand pumping off its own coasts, several Chinese vessels have arrived at Taiwan's shallow sea areas to illegally extract sand.

Sand and gravel are resources that are often mined and extracted to be used in the construction of roads and buildings, as well as for extending beaches and coastline. However, according to The Conversation, over-exploitation of global supplies of sand is damaging the environment, endangering communities, causing shortages and promoting violent conflict.

According to CNA, in the past, Taiwan's sea patrols were able to keep illegal Chinese sand-pumping vessels away, but the latter would often simply head back and wait for the opportunity to return and extract sand. Some ships would even attempt to evade capture by concealing the name of their vessel.

The case was transferred to the Penghu District Inspection Office by the Eighth Sea Patrol Team of the Marine Corps Fleet Division. After interrogation by the prosecutor, the 28 defendants were accused of violating Article 18 of the Law on the Exclusive Economic Zone and the Continental Shelf.

After the completion of the collection and legal procedures, the county government will issue a deterrence fine of up to NT$5 million (US$164,000). This is the first such case to be heard in Taiwan.

The Penghu Land Inspection Department believes that the smuggled sand and gravel was intended to be sold back to Taiwan for profit, according to Liberty Times. It continues to pursue the leader of the illicit sand-stealing industry.