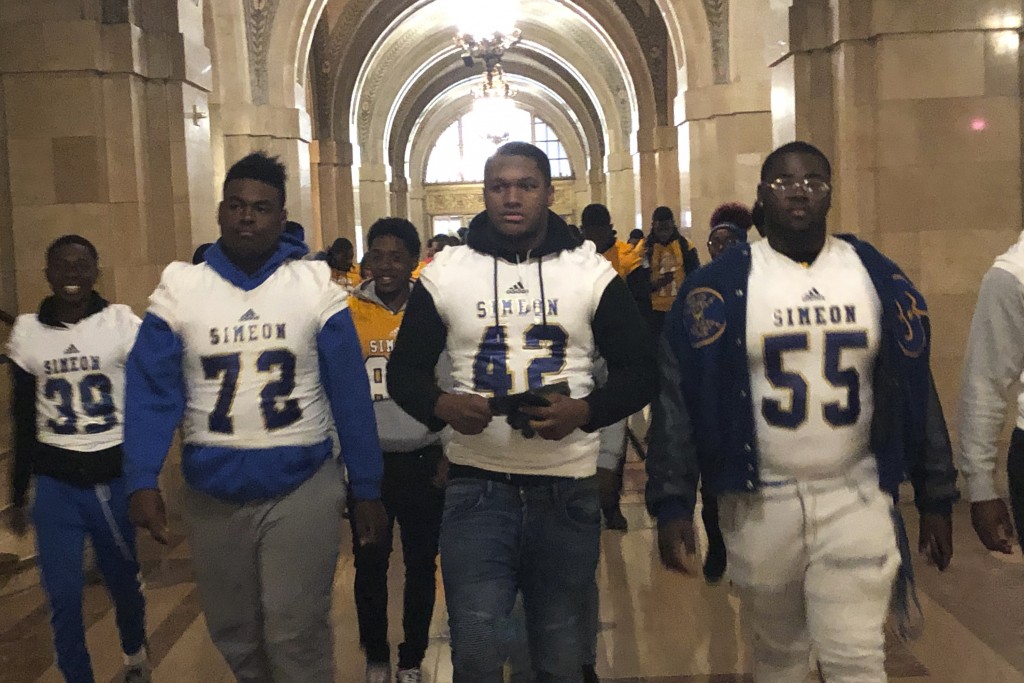 Highly-ranked Simeon Career Academy will be able to play in the state football playoffs if a strike by Chicago school teachers ends by mid-next week.

The Illinois High School Association agreed to waive a rule for Simeon and two other Chicago high schools requiring them to have played eight games this season. One Simeon opponent called off a scheduled game, leaving Simeon at 6-1. It's ranked third in the state in Class 6A.

But the IHSA refused to grant a waiver to a rule that teams not in school for seven or more days must have three separate days of practice before competing. So, the strike would have to end by Wednesday to give the schools the required practice time before the first round of the state playoffs Nov. 2.

Simeon and other Chicago prep football players rallied outside Mayor Lori Lightfoot's office Friday morning, calling for an end to the strike.

A strike by Chicago teachers has moved from the picket line to the playing field.

The walkout that began Oct. 17 has blocked many fall-sports teams from post-season play.

Khalyl (kuh-LEEL') Warren is a senior Simeon Career Academy football player. The team is ranked third in the state but can't chase a state title. Warren says the state playoffs are a showcase for athletes pursuing a college scholarship.

Ian Bacon is a plaintiff in a lawsuit against the Illinois High School Association for excluding Chicago cross-country runners from the state meet. The Jones College Prep senior says the legal action is to protect future athletes as well as help current ones.

The Chicago Teachers Union says it sympathizes with the athletes. A school district spokesman didn't respond with comment.