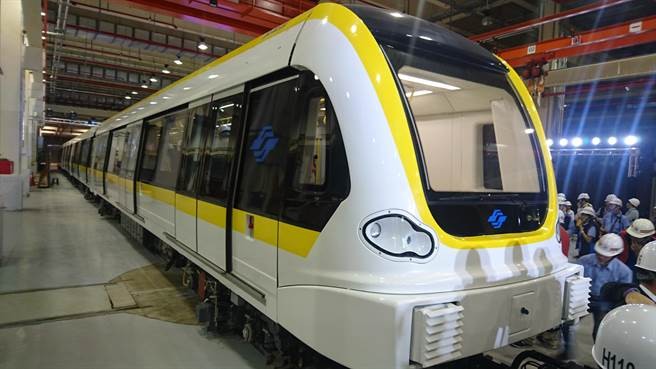 The first section of the Circular Line of Taipei's mass rapid transit systems is scheduled to start operations by the end of this year, the Department of Transit Systems of New Taipei City said Friday.

The new 15.4-kilometer line, comprising 14 stations, will connect Dapinglin to New Taipei Industrial Park in New Taipei through Xindian, Zhonghe, Banqiao and Xinzhuang without having to pass through Taipei, helping reduce travel time.

The department on Friday held an on-site inspection of the line, known as the Yellow Line, to check whether efforts to reduce the screeching noises produced by the line's trains when making a turn have been reduced.

Department head Lee Cheng-an (李政安) said the building of a 3,148-meter noise-proof wall and the use of steel rail lubricators had, in fact, helped bring down the noise.

The inspection did reveal other problems, however, and Lee said his department and the Taipei Rapid Transit Corp. will look for solutions and report them to Ministry of Transportation and Communications before holding a second on-site inspection by the end of November.

Lee said the department is aiming to complete all preparatory work for the line by mid-December before it goes into service by the end of the year.

According to the department, New Taipei Mayor Hou You-yi (侯友宜) will pick a date for the line's official opening ceremony, and Hou and Taipei Mayor Ko Wen-je (柯文哲) are expected to appear.

Because the central government shouldered part of the total costs of NT$69.9 billion (US$2.29 billion) for the first stage of the Circular Line, President Tsai Ing-wen (蔡英文) will be invited to witness the inauguration.

Construction on these three sections has yet to begin.