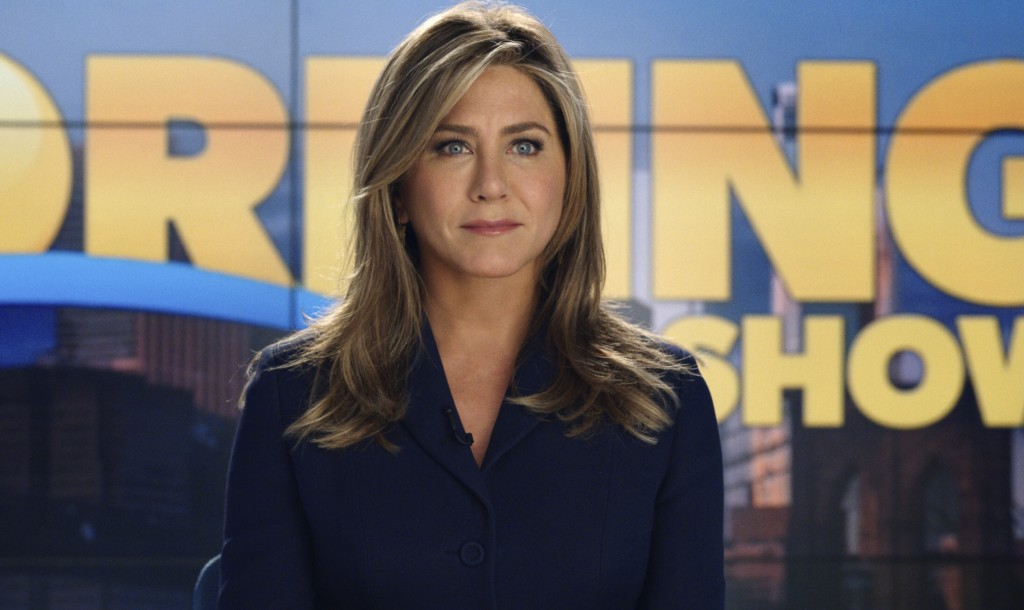 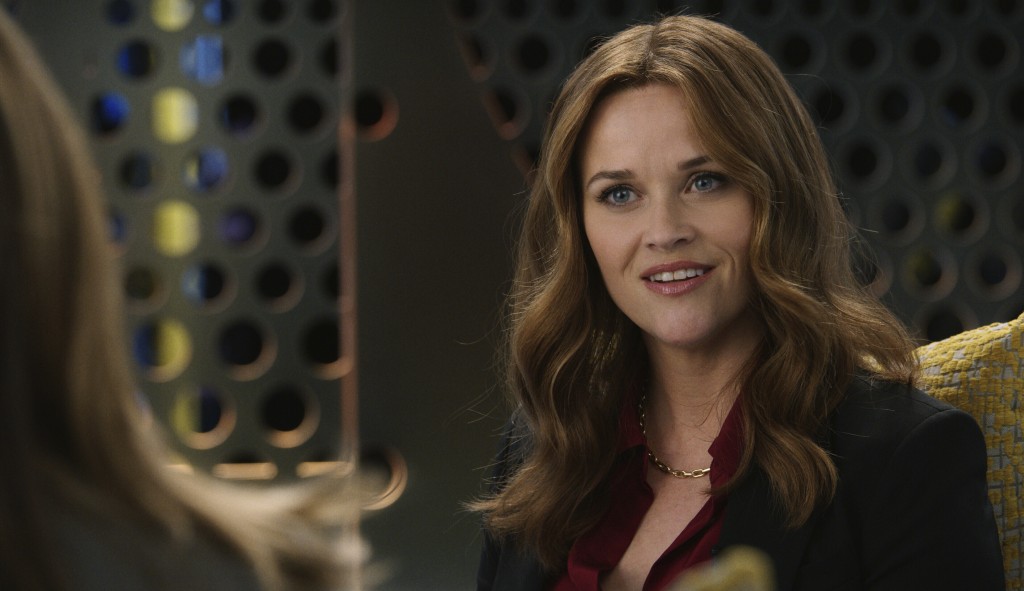 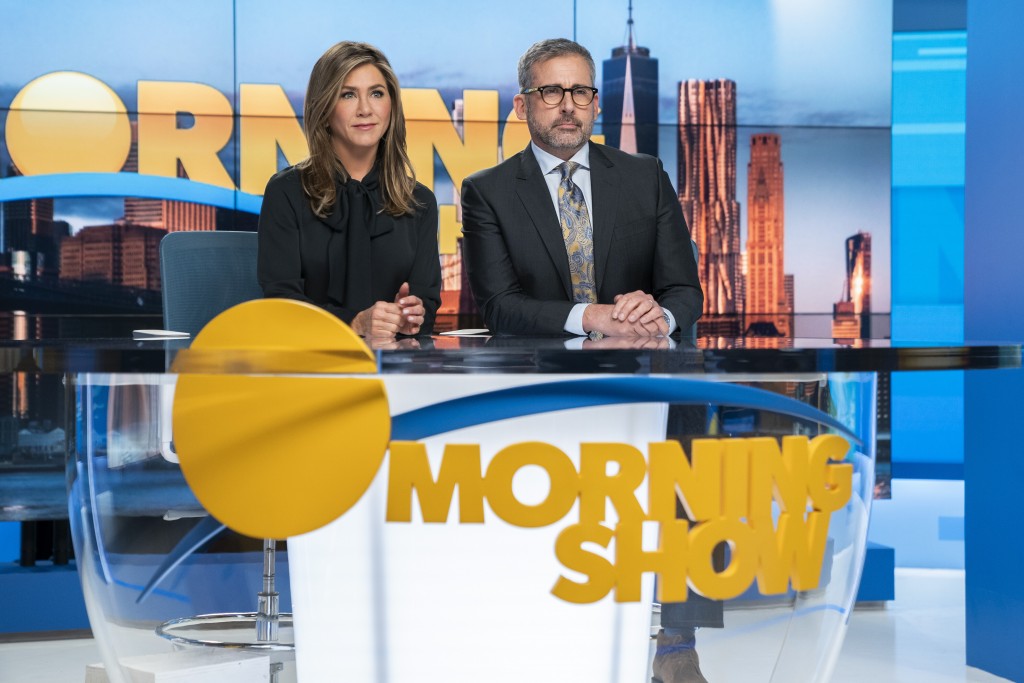 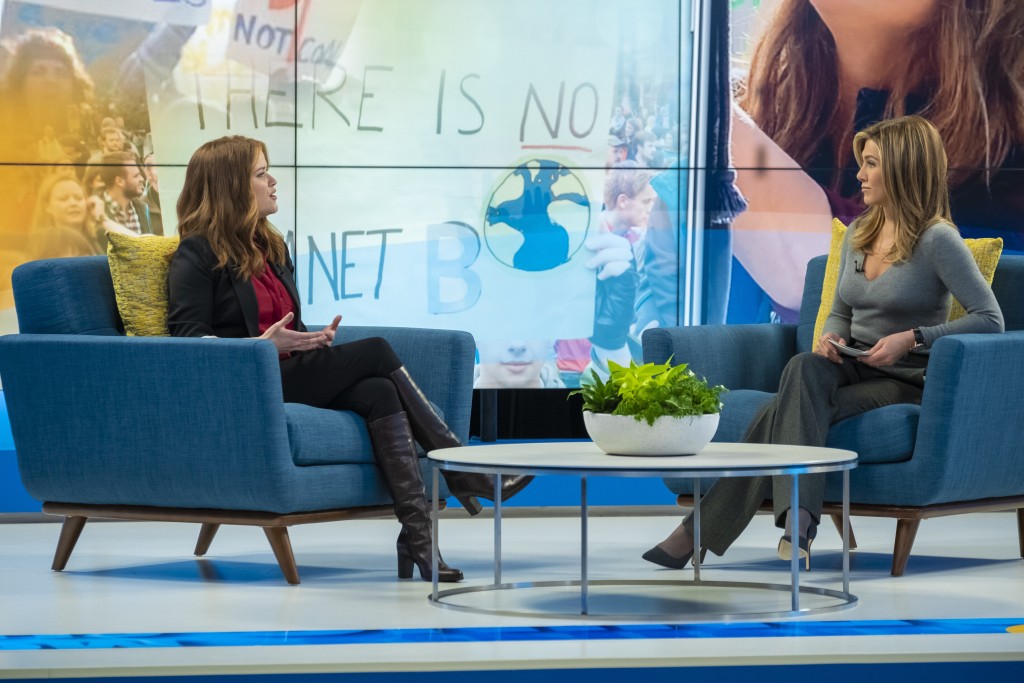 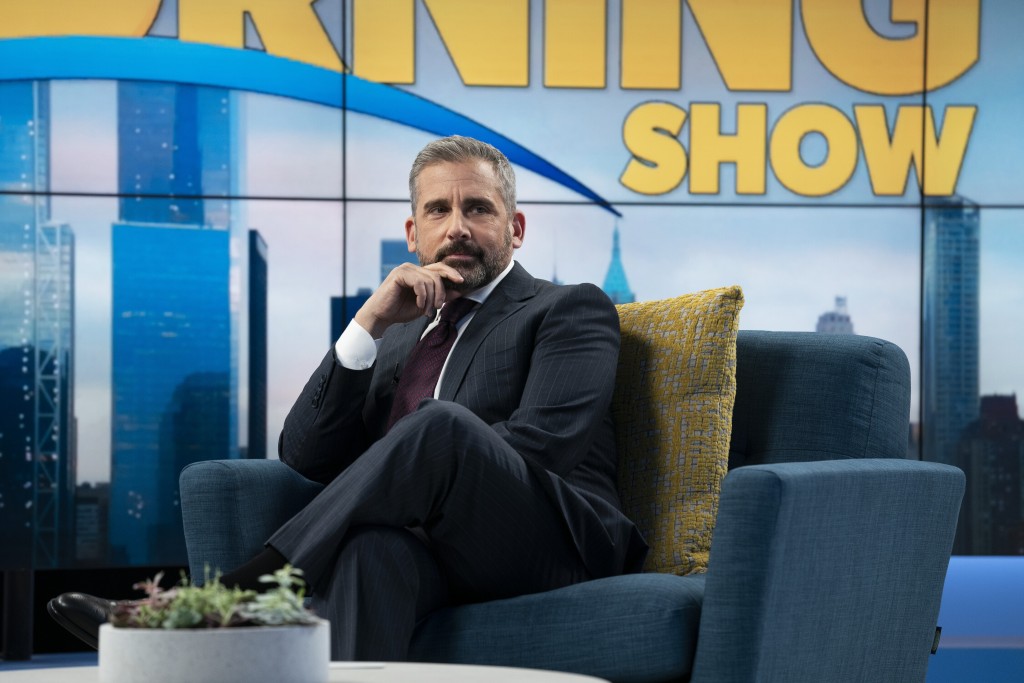 LOS ANGELES (AP) — "The Morning Show" started life as a behind-the-scenes peek at a slice of network TV as familiar and routine as a wake-up cup of coffee. Then shocking revelations of sexual misconduct engulfed NBC's "Today" and beyond, and the story changed.

The 10-part drama series, part of the first wave of shows launching the Apple TV Plus streaming service Nov. 1, expanded its original focus on women's role in media to include the repercussions of workplace bad behavior. It all plays out in the lucrative, hypercompetitive world of A.M. news-and-fluff programming.

"When the Me Too movement happened it was really hard to ignore, nor would we want to ignore it. We would be negligent," said Mimi Leder, an executive producer and director for "The Morning Show."

While Hollywood has paid glancing attention to the sexual abuse and harassment scandals that have roiled it and other industries, with accusations derailing the careers of actors, executives and journalists, "The Morning Show" is among the few major projects to delve more deeply.

But Alex's longtime co-anchor Mitch (Carell) has already wreaked havoc. The drama opens with him fired by network UBA for multiple instances of alleged misconduct, evoking Matt Lauer's dismissal from "Today." Mitch's banishment creates career and psychological upheaval for Alex and opportunity for those waiting in the wings for their shot at network glory.

Among them is Daniel (Terry), an African-American co-anchor who chafes at what he considers pressure to downplay his ethnicity and hopes the top anchor job will be his reward. There are impressive displays of ambition and plot twists galore in the three episodes Apple made available of the glossy, expensive-looking drama that's debuting three episodes on Nov. 1. Remaining episodes will be released consecutively on Fridays.

Apple TV Plus costs $4.99 a month after a seven-day free trial, and a subscription can be shared with up to six family members. The streaming service is free for a year to buyers of a new iPhone, iPad, Mac or Apple TV box.

Alex's somber on-air response to the scandal evokes memories of Samantha Guthrie and Hoda Kotb telling "Today" viewers about Lauer's November 2017 firing for what NBC called "inappropriate sexual behavior in the workplace." The fallout has yet to subside: co-anchors Guthrie and Kotb returned to the subject of Lauer earlier this month after further allegations against him emerged in Ronan Farrow's new book, "Catch and Kill."

"Morning television is where the women in television were left to pick up the pieces," observed Mary Murphy, an associate professor at the University of Southern California's Annenberg School for Communication and Journalism.

Series executive producer Michael Ellenberg began work on what became "The Morning Show" before #MeToo, saying he was intrigued by "what it means to be a woman in media" and specifically a woman with power in the morning network realm. He found the "authentic, precise" details he needed in journalist Brian Stelter's 2013 nonfiction book, "Top of the Morning: Inside the Cutthroat World of Morning TV."

Ellenberg optioned the book, Aniston and Witherspoon were attached and Kerry Ehrin ("Friday Night Lights," ''Bates Motel") was brought in as writer and showrunner (Stelter, a former reporter with The New York Times and now with CNN, is a consultant-writer). Leder said the drama from a nearly all-female slate of executive producers — including Aniston and Reese — is at its core about the relationship between Alex and Bradley.

The two are "colliding at a certain point in their lives," Leder said, with Alex at "a plateau where ageism is starting to hit, and Bradley being this character who's trying to make her mark, and what can these two women give each other?"

From Aniston and Witherspoon's takeaway on what women in TV endure, they need all the friends they can find.

Women face more scrutiny on "how they're allowed to dress, what jewelry they can and cannot wear," Aniston said. "You never see a man being told you have to ... get that gray out of your hair. You also never really see a gray-haired female newscaster."

While viewers may play a guessing game about the fictional duo's possible real-life counterparts, comparisons between Mitch and Lauer are inevitable. But Leder said the character and his actions were woven from many strands.

"We're not just telling one story. Our stories are inspired by every story we've heard about, read about, witnessed or experienced in our personal lives," said the veteran movie and TV director whose credits include "On the Basis of Sex" and "The Leftovers."

Carell said he found the script "very honest" and with a layered depiction of his character.

"I thought, that's what my approach is: That he was a guy who was at the top of his game, very popular, very liked, a narcissist, an egomaniac, but charming. And within his power, he had this enormous blind spot" to his failings, said Carell. In one notable scene with a friend (played by Martin Short) who's also accused of sexual wrongdoing, the men spout off about their anger and frustration — until Mitch gets an eye-opening lesson in culpability.

"We're so right in the middle of this process, in this moment of history, in the midst of this reckoning," Leder said. "I think it's exciting to explore all the gray and all the nuances of misconduct."

Katie Campione for The Associated Press contributed to this report.

Lynn Elber is at lelber@ap.org and on Twitter at http://twitter.com/lynnelber