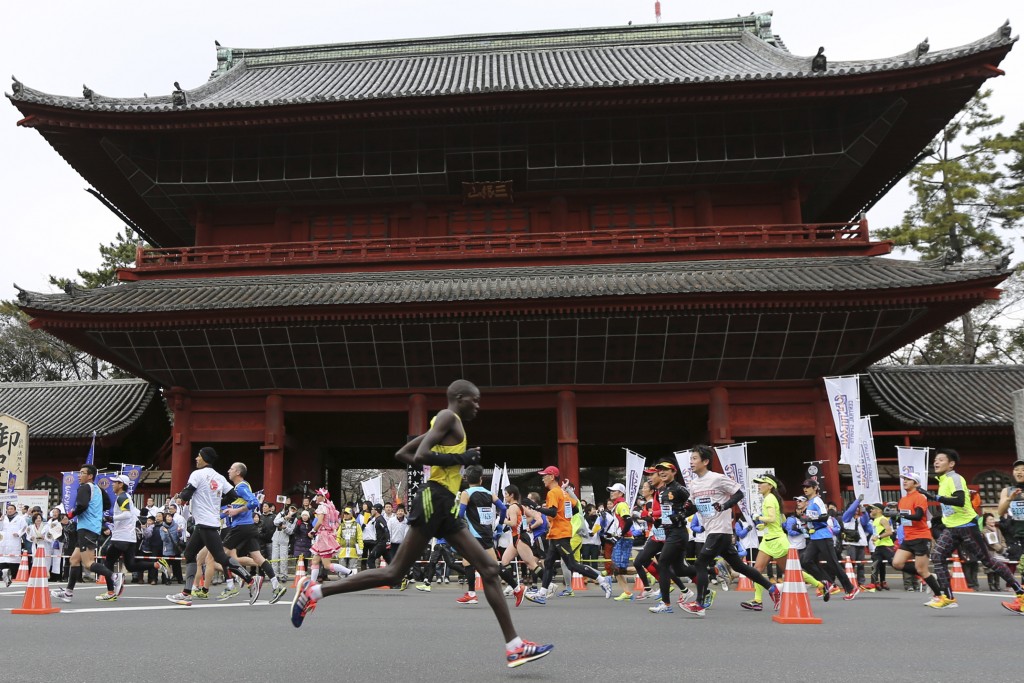 That may be proposed to Olympic organizers and the International Olympic Committee, a step to keep the marathon from being moved out of Tokyo's summer heat to cooler weather 800 kilometers (500 miles) further north in Sapporo.

It had initially been scheduled in Tokyo for 6 a.m., just an hour after sunrise.

Forecast temperatures in Sapporo are "five to six degrees centigrade (about 10 degrees F) cooler during the day than in Tokyo," the IOC said.

The IOC released a proposal a week ago to move the marathons and race walking events to Sapporo. The moved thrilled Sapporo, which is considering a bid for the 2030 Winter Olympics.

The change was announced quickly, apparently with scant consultation with local organizers or upset government officials.

Tokyo Governor Yuriko Koike said she was "very surprised" about the venue change, but also sided with IOC reasoning: that athletes will be safer in cooler temperatures.

The trigger was probably the recent world track and field championships in Doha, Qatar, where 28 of 68 starters failed to finish the women's marathon and 18 of 73 men failed to complete the course. The races started at midnight in 38 degree C (100 degree F) heat.

Tokyo's organizing committee president Toshiro Mori suggested last week it was a done deal. The changes are almost certain to be confirmed next week when IOC inspectors visit the Japanese capital.

"Can we say no to the plan that the IOC and International Association of Athletics Federation already supported?" Mori said. "It's not a question of good or bad, but we just have to accept it."

Mori said he had talked with IOC member John Coates, the head of the inspection team. He said cost was a major issue in moving the marathon.

"Our overall cost has become a humongous amount, so it would cause us pain if the cost is added to our bill," Mori said. "So I mentioned that to Mr. Coates, and he said he will look into it. We won't be able to pay if it's a significant damage to our finances. I have reminded him of that."

A government audit report last year said Tokyo is spending about $25 billion to organize the Olympics, all of which is public money accept $5.6 billion from a privately financed operating budget.