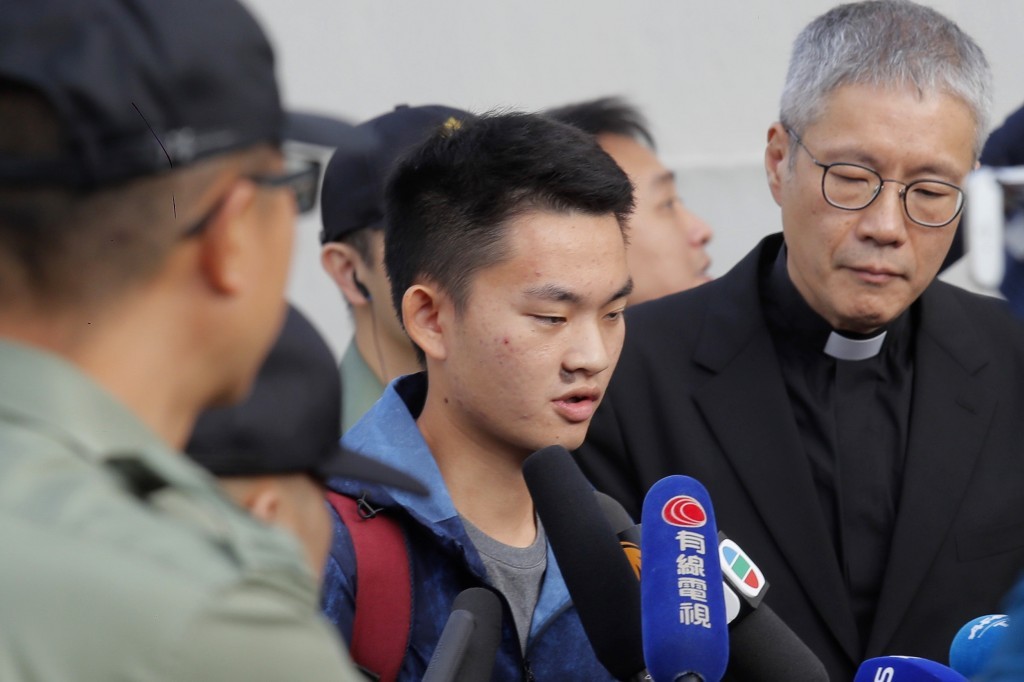 TAIPEI (Taiwan News) — As the legal and political controversy around the now-released murder suspect Chan Tong-kai continues to escalate, a key figure in the unfolding drama has stated that Chan may be advised to wait several months before planning his return Taiwan to face justice.

The priest who allegedly persuaded Chan to return to Taiwan, Peter Douglas Koon (管浩鳴) of the Hong Kong Anglican Church, was quoted on Friday (Oct. 25) saying that he may consider delaying Chan’s return to Taiwan until after the country has concluded its presidential election on Jan. 11. Koon claims that Chan is worried he may not receive a fair trial in Taiwan and says they are both concerned about how politicized the case has become.

It was revealed this week that Koon is a member of China’s National Committee of the Chinese People's Political Consultative Conference (CPCC), raising suspicions that he may be working on behalf of the Chinese Communist Party (CCP) to persuade Chan to voluntarily return to Taiwan. Koon’s comments, as reported by UDN, come as the breakdown in legal cooperation between Taipei and Hong Kong, along with the Tsai government’s response to Chan’s potential surrender, have sparked nationwide debate in Taiwan.

Chan was released from Hong Kong’s justice system on Wednesday (Oct. 23) after serving a sentence for minor crimes. Despite confessing to Hong Kong authorities that he had murdered his girlfriend, the two governments' failure to reach a consensus and Hong Kong's inability to try Chan for murder has caused widespread uncertainty regarding the case.

In response to Chan’s public statements that he intends to voluntarily return to Taiwan, Taiwan initially said it would deny him entry into the country unless Hong Kong offered legal cooperation. Now, however, Taipei says it is prepared to receive Chan and send him to trial as long as Hong Kong authorities coordinate the dates and manner of his arrival with their Taiwanese counterparts beforehand.