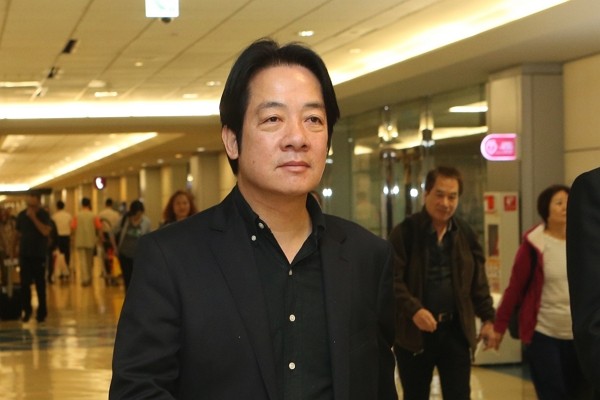 TAIPEI (Taiwan News) — Former Taiwanese Premier William Lai (賴清德) returned to Taiwan from his trip to the U.S. Thursday evening (Oct. 24) and told the press that campaigning for Democratic Progressive Party (DPP) President candidate Tsai Ing-wen (蔡英文) is unrelated to whether he would joint her as her running mate.

Lai visited major cities in the U.S. as part of his tour, including San Francisco, Chicago, New York, and Washington D.C., and was warmly welcomed by overseas Taiwanese. Lai said the campaigning went smoothly and that he was impressed by the enthusiasm of the Taiwanese-American community, reported Liberty Times.

When reporters asked him about a potential run for vice president, Lai said that campaigning for Tsai's re-election is his responsibility and did not disclose his role in the 2020 election. Lai also demurred to discuss the Hong Kong suitcase murder suspect, Chan Tong-kai (陳同佳), saying he had not had a chance to fully comprehend the matter while in the U.S.

DPP Chairman Cho Jung-tai (卓榮泰) said Friday that President Tsai will announce her running mate at the appropriate time. He added that Lai's U.S. visit has accomplished positive results and that the party morale is quite high, reported CNA.