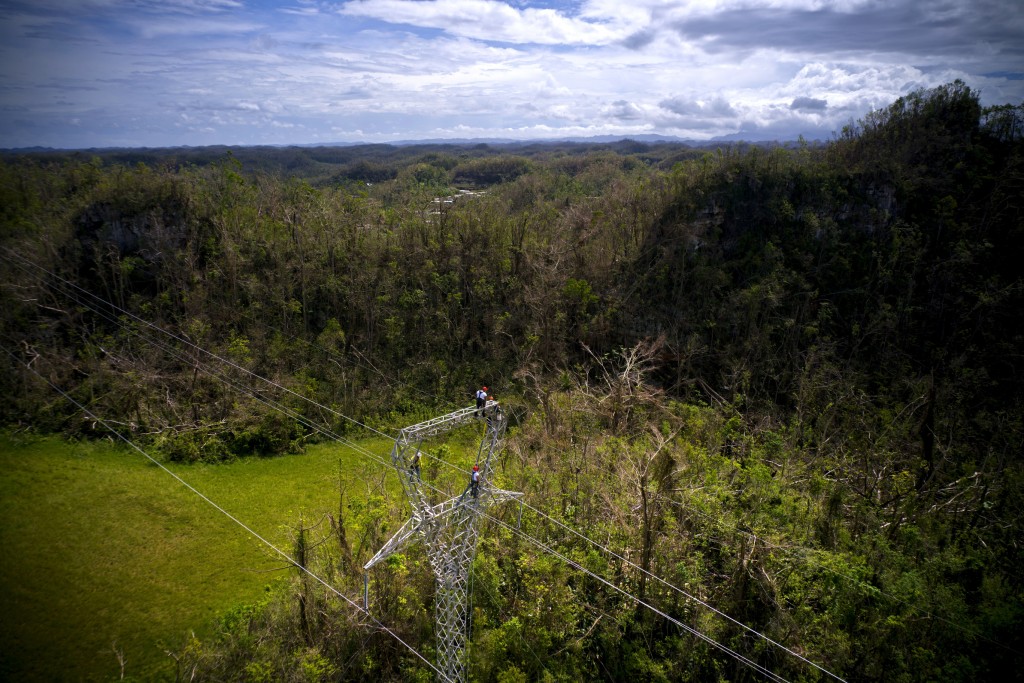 SAN JUAN, Puerto Rico (AP) — Puerto Rico on Thursday unveiled details of a $20 billion plan to strengthen and modernize the U.S. territory's shaky power grid more than two years after Hurricane Maria as islanders brace for a looming rate hike amid a recession.

The 10-year plan aims to bury power lines, increase the use of natural gas and create a transmission and distribution system that will withstand winds of at least 160 mph instead of 145 mph.

"I know there's great concern," Puerto Rico Gov. Wanda Vázquez said of recurrent power outages and flimsy repairs made after the Category 4 storm hit in September 2017, leaving some communities without power for 328 days. "Given the condition it's in, we cannot renovate it in two or three years."

At least 60% of the estimated $20 billion will be used for transmission and distribution repairs, officials said. They expect federal funds will cover at least $13 billion of the overall cost.

By year's end, the government expects to choose the company that will take over the transmission and distribution of Puerto Rico's Electric Power Authority, which is some $9 billion in debt. The new owner will be responsible for implementing the plan, which also calls for the creation of eight micro grids capable of operating independently if a storm knocked one out.

That project, along with certain others, will take up to a decade to complete.

"We're not where we would like to be," said Ottmar Chávez, director of Puerto Rico's Central Office for Reconstruction, Recovery and Resiliency.

Details of the plan were released the same week that Puerto Rico's Electric Power Company said a regulatory agency ordered a rate hike increase that goes into effect Nov. 1. The increase depends on consumption and could range from 64 cents to nearly $2 extra a month until mid-2020.

The governor said that she disagrees with the increase and that she plans to fight it.

Puerto Rico is mired in a 13-year recession and is struggling to recover from Hurricane Maria, which caused more than estimated $100 billion in damage.