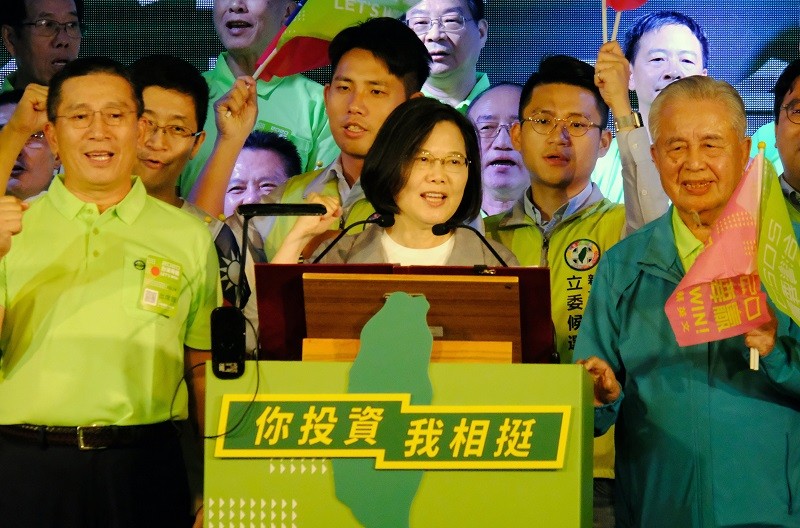 TAIPEI (Taiwan News) — A pollster said on Thursday (Oct. 24) that Taiwanese identity has declined during the three years of the Tsai Ing-wen (蔡英文) administration, according to a report on newtalk.tw.

Yu Ying-lung (游盈隆), Chairman of the Taiwanese Public Opinion Foundation (TPOF), said that Taiwan is praised around the world for two achievements: economic development, and the establishment of democracy. These two achievements are often referred to as “miracles” but there is a third and less noted Taiwan miracle, which is “the miracle of Taiwanese identity,” Yu was quoted by the news outlet as saying.

Yu said there have been three recent developments in regard Taiwan’s national identity worth paying attention to:

Looking at the issue of unification with China or Taiwan independence, the pollster offered some points of view.

He said that support for Taiwan independence reached a second pinnacle in June, second only to May 2016, when Tsai and the Democratic Progressive Party (DPP) returned to power. This was due to Chinese President Xi Jinping (習近平) advocating in January “one country, two systems” and “not giving up the use of military force” to achieve unification.

Comparatively, support for unification fell to the lowest point since 1996, in June, with only 13.6 percent of people in Taiwan favoring the position. This was even lower than the 14 percent recorded after Taiwan’s first popular presidential election in 1996, Yu said, according to the newtalk.tw report.

It’s notable that since Taiwanese support for unification increased to 20 percent in October 2017, this level was maintained for more than 15 months and rose to 26 percent in September 2018, reaching its second highest level since 1991. However, given Xi’s threats and the Hong Kong protests, support for unification has plunged to its lowest point since 1996, according to the report.