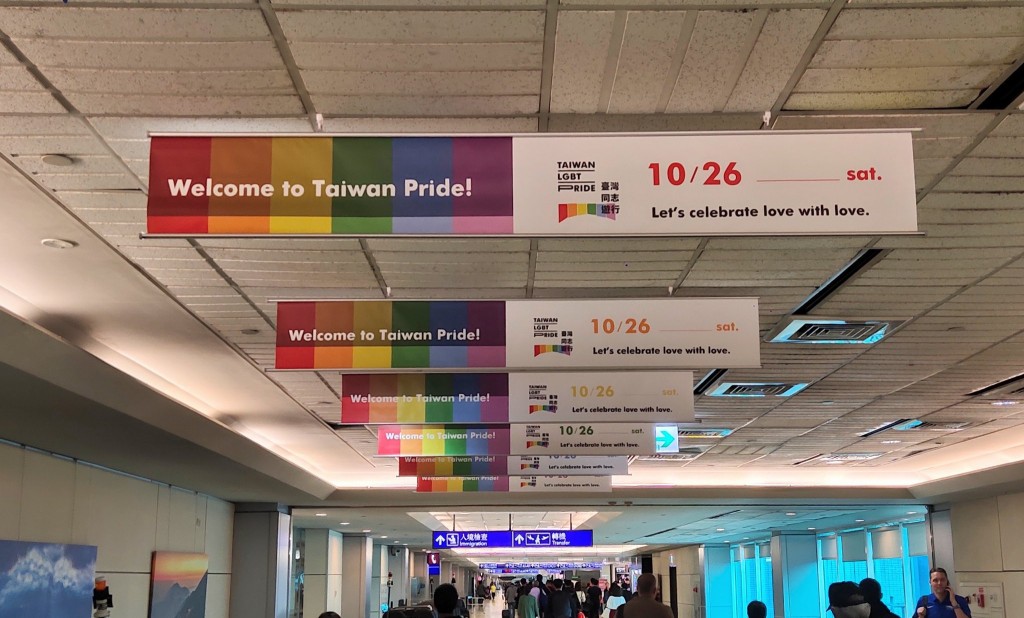 When arriving at the airport on Wednesday, Raphael Rashid (Twitter id @koryodynasty) spotted a series of banners advertising the 2019 Taiwan Pride Parade, which will take place on Saturday (Oct. 26). That same day, Rashid posted the photo on Twitter and wrote, "Wow this at Taiwan Taoyuan International Airport. Pride this weekend," and he mentioned the banner's slogan "Let's celebrate with love."

In the 24 hours since the tweet was posted, it has gained 67 retweets and 219 likes. This year's parade will have special significance because it will be the first parade held since same-sex marriage was legalized in Taiwan in May of this year.

Prior to this year's parade, a pride market will be held at 12 p.m., and the starting point stage will open at 12:30 p.m. The official parade will start at 1:30 p.m. at Taipei City Hall Square and is scheduled to wind its way to Ketagalan Boulevard, where it will finish at 7 p.m.

An after-party called the 2019 Pride POSE Party will be held the Riverside Red House Theater Performance Hall. The event will include music from DJs Victor Cheng, Odin.L, and Böbby Lin, as well as guest appearances by Drag Race superstars Aja and Kim Chi.

For more information on the parade, please visit the official Taiwan LGBT Pride website. For details on the after-party, visit the event's Facebook page.

Wow this at Taiwan Taoyuan International Airport. Pride this weekend.