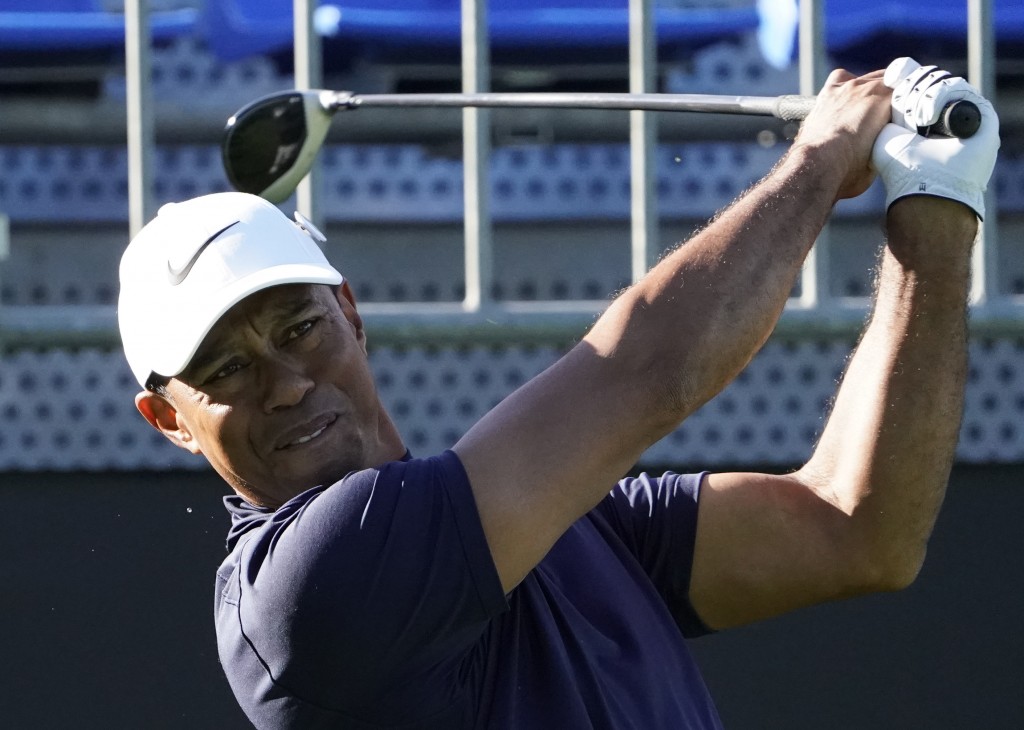 INZAI CITY, Japan (AP) — Tiger Woods shot a 6-under 64 in the first round of the Zozo Championship, the PGA Tour's first tournament in Japan.

Teeing off the from the 10th hole, Woods got off to a shaky start with three straight bogeys at the par-70 Accordia Golf Narashino Country Club. But the Masters champion quickly found his game, making birdies on four of his next six holes to get to 1-under, two strokes behind with nine holes to play.

He continued his strong form after the turn, carding three straight birdies from the par-3 third hole to move into a share of the lead at 4-under with Hideki Matsuyama and Gary Woodland.

Woods then took the sole lead with a long birdie putt on No. 7, another par-3. His tee shot on the final hole hit a tree and bounced back on to the fairway, a fortunate bounce that set up another birdie with a 194-yard approach shot that landed three-feet from the hole.

Organizers said there were over 20,000 fans in attendance on the opening day.

Heavy rain from a storm over the Pacific Ocean is expected on Friday.