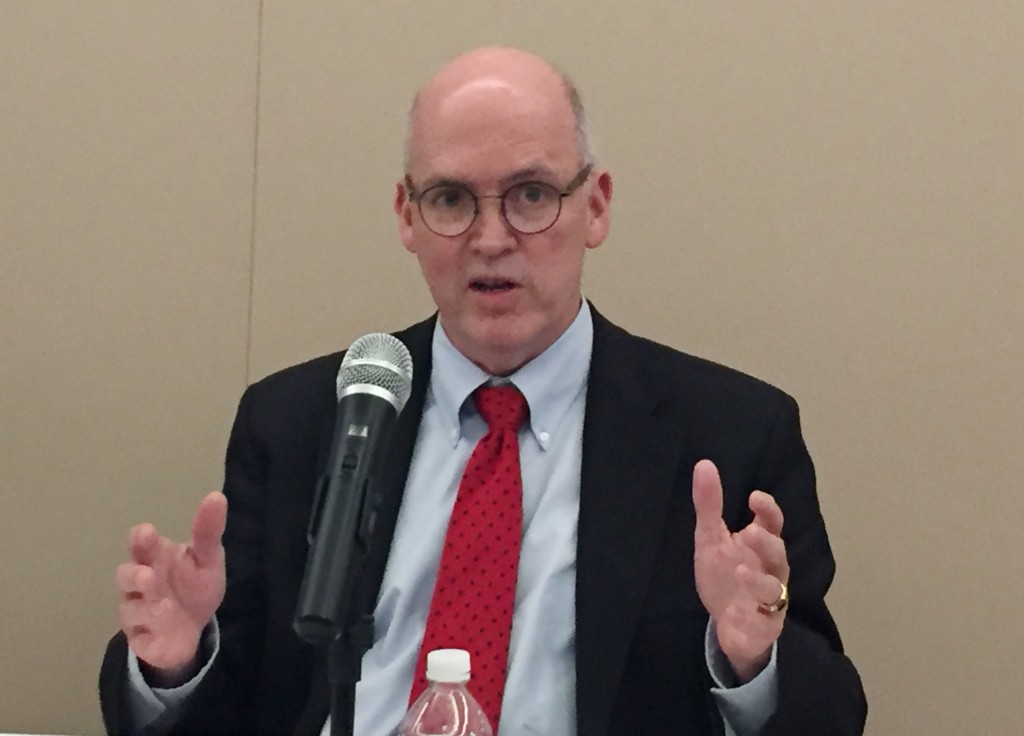 TAIPEI (Taiwan News) — An American researcher has called on the Taiwanese government to impose policy restrictions on Taiwanese media ownership to prevent China-funded news outlets or media companies with large interests in China from swaying public opinion on the island.

The Washington-based Global Taiwan Institute hosted a seminar on Wednesday (Oct. 23) to discuss China’s sharp power and how Taiwan and the United States could work to counter it. The talks focused mainly on disinformation disseminated by China as part of its scheme to influence Taiwan’s elections, including its activity during last November’s local elections and how it is trying to influence the presidential and legislative elections in January 2020.

Gary Schmitt, a scholar at the American Enterprise Institute, suggested that Taiwanese authorities impose some restrictions on Taiwanese media ownership to ensure that politics and public debate remain free from external influences. He acknowledged that restrictions could lead to controversies concerning freedom of the press but observed that other free, democratic nations have already taken up policy efforts to prevent their media environments from being excessively influenced by other countries.

Puma Shen (沈伯洋), a professor at National Taipei University, urged the Taiwanese government to disclose information about Chinese investments in and funding of Taiwanese media. He stated that the public needs to know media companies’ relations with Chinese enterprises or organizations.

Speaking about methods to counter disinformation, Schmitt considers it important for Taiwanese society to foster media literacy and establish fact-checking mechanisms. Schools ought to provide programs for students to acquire the ability to correctly process information, he said.

Independent fact-checking mechanisms and major policy efforts from the authorities to clear up rumors and misunderstanding should also be emphasized, according to Schmitt. He suggested that the Tsai administration establish a working group aimed at anticipating disinformation schemes and tackling them before the disinformation takes root.

Schmitt also believes the U.S. should provide more assistance to Taiwan in combating the issue. He compared the threat of disinformation from China to that of missiles and contended that the U.S. is obliged to offer assistance according to the Taiwan Relations Act.