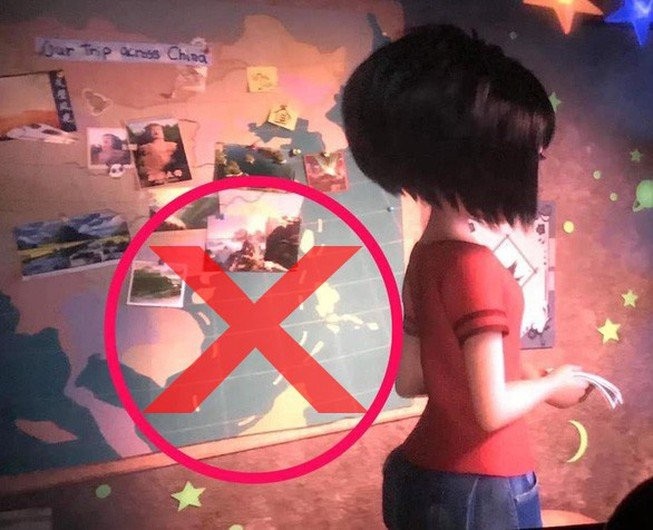 TAIPEI (Taiwan News) — Taiwan's Ministry of Culture on Tuesday (Oct. 22) said that the film 'Abominable' disrespects Taiwan's sovereignty, while a Tainan City councilor described the film as promoting the "nine-dash line" for "bandits."

The executives at DreamWorks have seen fit to include China's fictitious "nine-dash line" in the studio's latest animated film, "Abominable," taking great pains to include Taiwan within the dashes. In response, the MOC said that the film fails to respect the sovereignty of Taiwan, but because Article 26, which banned films that could "harm national interests or ethnic dignity," has been removed from the Motion Picture Act (電影法), the ministry cannot take action, reported CNA.

In the latest example of Hollywood caving in to the Chinese Communist Party for the sake of a few extra renminbi, the film jointly produced by DreamWorks and Shanghai-based Pearl Studio included a scene showing a map of Asia complete with a depiction of Taiwan enclosed by what is technically the latest "10-dash line" issued by some Chinese mapmakers beginning in 2013. UN tribunals have on repeated occasions ruled against the nine-dash-line, which China calls the "cow’s tongue," an assertion that the entire South China Sea is Chinese territory. As the line covers a vast swath of ocean just off the coast of Vietnam, the Southeast Asian nation, among others, disputes the validity of the boundary.

Democratic Progressive Party (DPP) Tainan City Councilor Li Chi-wei (李啟維) said the film promotes the "nine-dash line" for "bandits" and erroneously includes the Diaoyutai Islands, Taiwan, and the South China Sea as China's inherent territory within the marks, reported UDN. Li said that Beijing's "nine-dash line" in the South China Sea originated from the U-shaped line of the Republic of China in 1947, which claimed the islands within the "nine-section line" as its territory.

However, the Hague arbitration court has ruled that the line was created by China itself and has no legal basis under international law. Li pointed out that Vietnam and Malaysia have already banned the film and that Philippine officials have called for an end to screening. Yet, Taiwan, which has been drawn inside the imaginary line, "can't help but let theaters propagandize the film for the bandits and become agents of the Communist Party of China," said Li. Li added that the U-shaped 11-dash line used by the Ministry of the Interior in 1947 shows the starting point as the Bashi Channel and extends southward into the South China Sea, westward toward Vietnam, and then northward, ending off the coast of Guangxi, China.

Li emphasized that Taiwan was at no point within the 1947 boundary lines. He pointed out that China's new "10-dash line" as it appears in the film starts from the Diaoyutai Islands in the East China Sea and runs south past Taiwan's east coast before curving westward toward the Bashi Channel.

Li said that the new dashes deliberately incorporate the Diaoyutai Islands and Taiwan into China. He further said that the political intention of "working for bandits is very obvious."