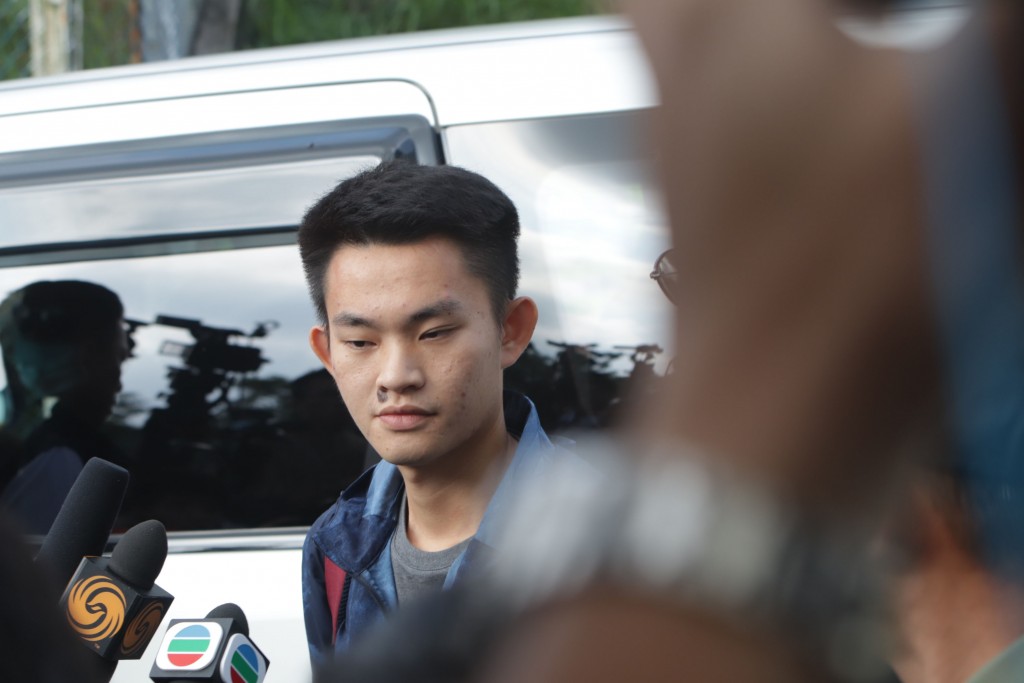 Reverend Canon Peter Koon Ho-ming (管浩鳴), an Anglican priest who visited Chan weekly while he was in jail, said that Chan would not fly to Taiwan on Wednesday (Oct. 23), reported CNA. Koon said that because Taiwanese authorities are constantly changing their stance on the case, Chan is very concerned about his personal safety.

TAIPEI (Taiwan News) — After being released from prison today, a Hong Kong man suspected of killing his girlfriend in Taiwan and stuffing her body into a suitcase, apologized for his actions and expressed his willingness to fly to Taiwan to stand trial.

At 9 a.m. on Wednesday (Oct. 23), Chan Tong-kai (陳同佳), the suspect in the Taiwan murder case that sparked months of protests in Hong Kong, was accompanied by a priest when he spoke to reporters after being released from prison that morning. Chan calmly bowed 90 degrees twice and apologized to the family of the victim and the people of Hong Kong, saying "Because I have made irreparable mistakes, I have brought them great harm," reported TVBS.

Chan expressed his wish to return to Taiwan to surrender himself and stand trial for the wrongdoings he impulsively committed. He said that after being tried and beginning his sentence, he hopes that the family of the victim, Poon Hiu-wing (潘曉穎), will find solace and that "Hiu-wing will rest in peace," reported CNA. EBC reports that Chan is on the list of passengers on a flight to Taiwan today, and it is believed that the priest who had convinced him to surrender purchased the ticket for him in advance. This may put a quick end to diplomatic wrangling over how to process the suspect through official Hong Kong and Taiwan government channels.