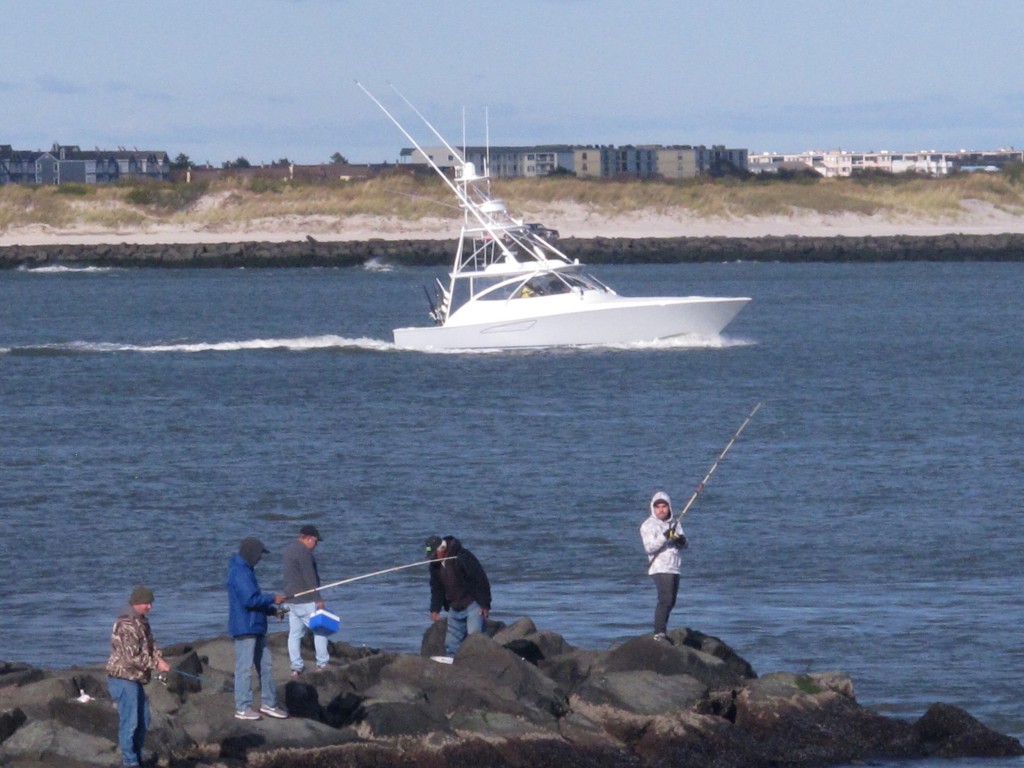 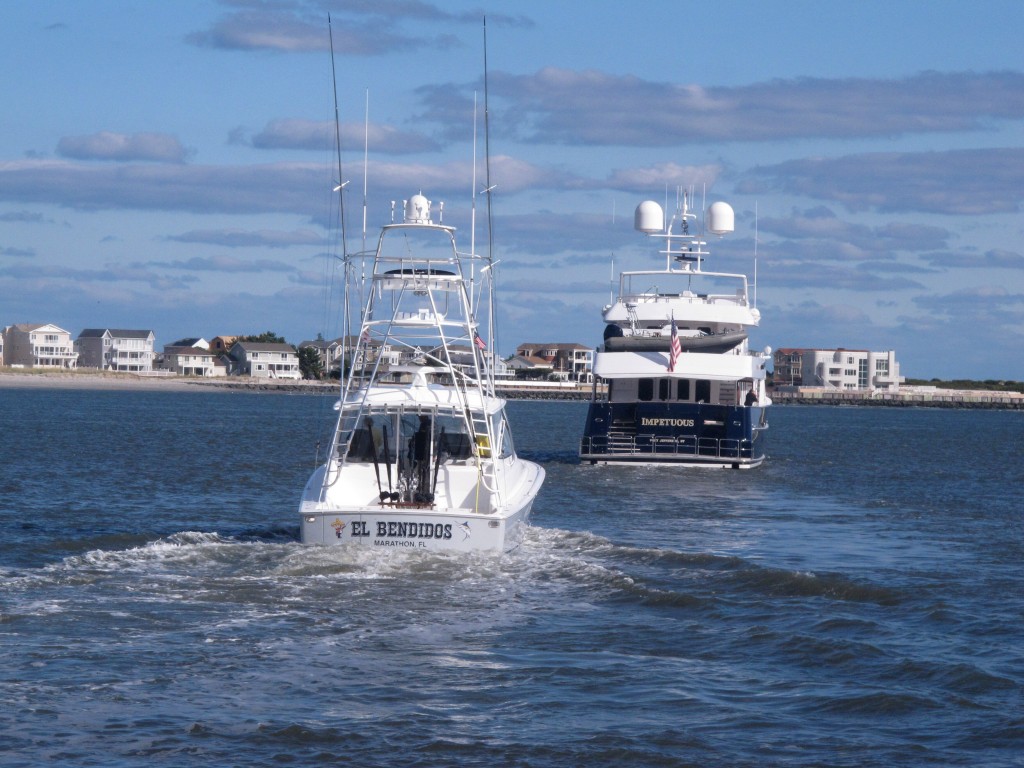 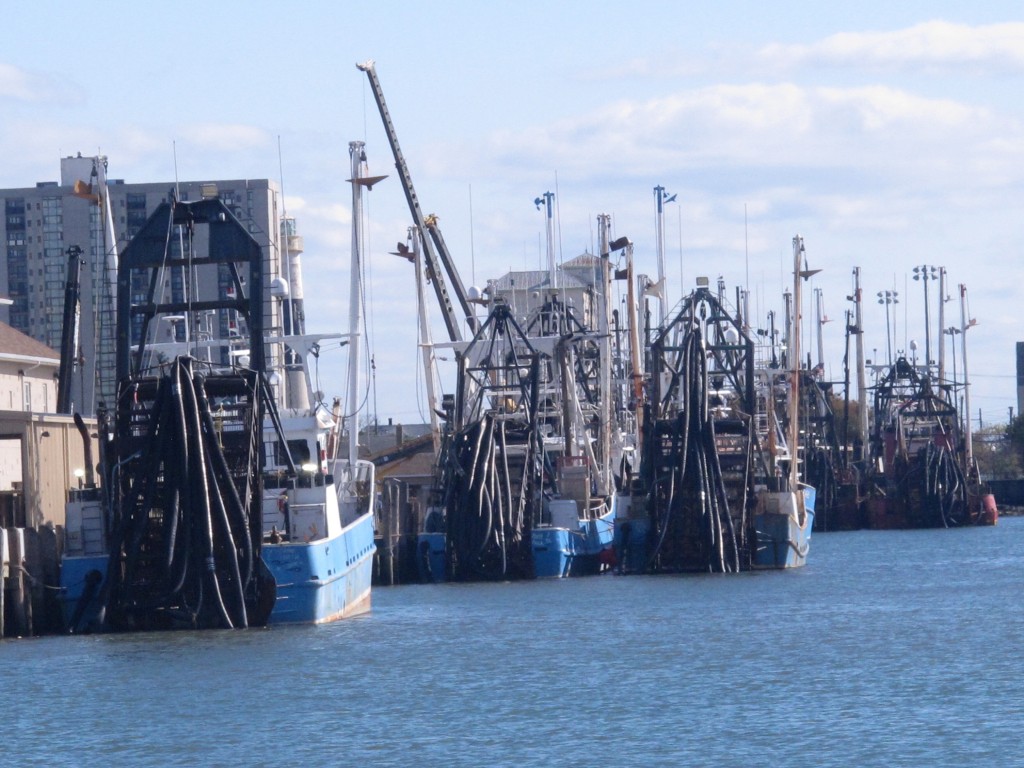 WEST LONG BRANCH, N.J. (AP) — Oceans cover nearly three-quarters of the Earth, and it's getting crowded out on the water.

Energy, shipping, fishing and conservation groups all need space to operate on the world's oceans, and are bumping up against each other more frequently. All agree the competition is going to increase in coming years.

A conference Tuesday at New Jersey's Monmouth University brought together industry and environmental groups, who agreed that communication and coordination are essential to sharing the ocean.

"Ocean activity is on the rise, and it's exponential," said Timothy Gallaudet, deputy administration of the National Oceanic and Atmospheric Administration and a retired rear admiral with the Navy. "There has been 400% growth in ocean activity over the last 25 years."

"I cannot overstate the importance of collaboration to ensure an ocean for all," she said. "How do we coordinate and ensure everyone can operate in a confined space? Our ships are getting larger and larger every day."

She said her agency spends $2 million a year to incentivize shipping companies to sail at lower speeds and to burn less-polluting forms of fuel, in the name of helping the environment.

Paul Gaffney, Monmouth University's president emeritus, said the competition for ocean resources is likely to include a surge in salt water desalinization plants to provide clean drinking water to surging coastal populations around the world.

Clinton Plummer, an official with Orsted U.S. offshore wind, said his company had to navigate 26 government approvals to build its wind farm off the coast of Block Island in Rhode Island, currently the only functioning U.S. wind farm. As it moves forward with other projects off Massachusetts, New Jersey and Delaware, it will need dozens more, which include interacting and planning with fishing and shipping companies, marine conservationists, and onshore communities.

The Boston to Washington corridor on the U.S. East Coast holds 20% of the nation's population, and is among the most promising wind-power markets in the world; Plummer called it "the Saudi Arabia of wind."

But commercial and recreational fishing interests complain they need more of a say in advance planning as wind energy projects are considered. Fishermen insisted last month to a congressional subcommittee looking at offshore wind energy that they be consulted when crucial decisions are being made on the development of such projects, including where they are located and the level of access to the waters near them.

"To pull this off, we have to work very closely with the stakeholders," Plummer said Tuesday.

Bradley Campbell, president of the New-England-based Conservation Law Foundation, and New Jersey's former environmental protection commissioner, said shipping lanes that were altered to protect endangered North Atlantic right whales need to be changed again now that the animals are migrating, due in part to warming oceans. Only about 400 of those whales now exist, he said.

He said countries including the U.S. need to designate more protected marine areas where commercially valuable species can be permitted to breed to sustainable levels.

Scott Glenn, a Rutgers University professor who leads an ocean observation center there, said conservation groups acknowledge the value of industries like fishing and wind energy.