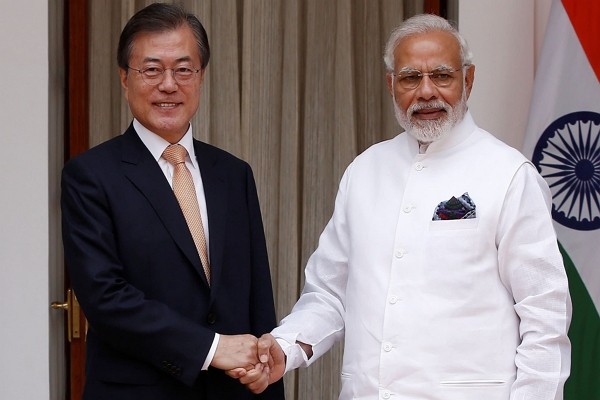 TAIPEI (Taiwan News) – Economic consultants and think tanks from India and South Korea will meet in New Delhi, the capital of India, on Thursday (Oct. 24) to discuss economic strategies and how to collaborate on national security and diplomacy, reported CNA.

Taiwan should pay attention to how the South Korean government partners up with India and consider a similar strategy, CNA suggested. According to Hindustan Times, due to the U.S.-China trade war, major South Korean companies like Samsung are withdrawing from the China market.

An anonymous source familiar with the planning of the dialogue pointed out that to boost business and defense ties between the two countries, Amitabh Kant, CEO of the Indian government's policy think tank, and Lee Ho-seung (李昊升), advisor on South Korea Economic Affairs, will lead the meeting. He added that Korea and India will initiate the fourth industrial evolution for the benefit of both sides.

The source also mentioned there will be an upcoming 2+2 dialogue at the end of the year, during which the two countries will finalize a "defense industry roadmap" so South Korea can invest in India's defense manufacturing sector. Rajnath Singh, Defense Minister of India, also discussed potential military collaboration during his visit to South Korea in September.