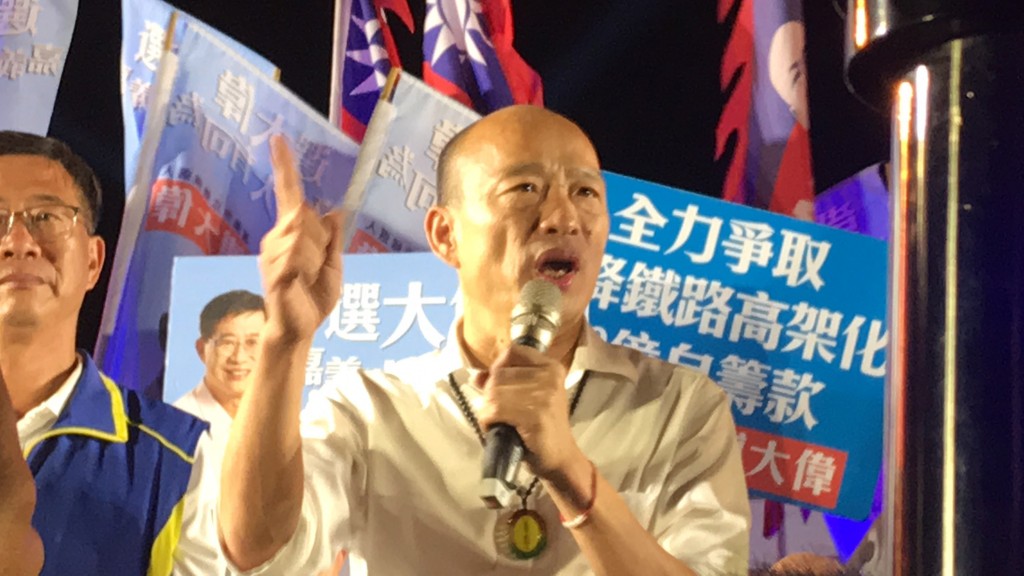 TAIPEI (Taiwan News) — The erstwhile acting mayor of Kaohsiung and Kuomintang (KMT) presidential candidate, Han Kuo-yu (韓國瑜), doubled down on his proposal to abolish recent labor reforms at a rally in Chiayi County on Monday (Oct. 21).

At a campaign event in Pingtung on Oct. 16, an audience member called for the abolition of "one fixed day off, one flexible day off" (一例一休) labor reforms, and Han responded he would review it. While visiting a temple in Pingtung's Neipu Township on Oct. 17, claiming widespread dissatisfaction with the formula, he pledged he would abolish it once he takes office as president on Jan. 11.

At an election rally in Chiayi County on Monday, Han said that "framing it all under one decree no longer meets the current needs of the diversified labor environment," reported ETtoday. He stressed that, "Laborers want to make more money and bosses want to be able to ask employees to work overtime together," and called for it to be both "reviewed and abolished."

Revised just last year, the formula stipulates that employees must have one mandatory day off and one flexible day off per seven days, but has been unpopular both with business groups and labor activists. The government has defended the measure as a balanced way of protecting workers’ interests.

On Oct. 17, the Ministry of Labor responded by saying the measure had improved the quality of life by giving workers two days off per week, while still maintaining their right to work overtime. The ministry demanded Han explain whether he wanted to return to the previous system where workers might only get one day free per week, or whether he wanted to force employees to take two days off without the possibility of overtime.