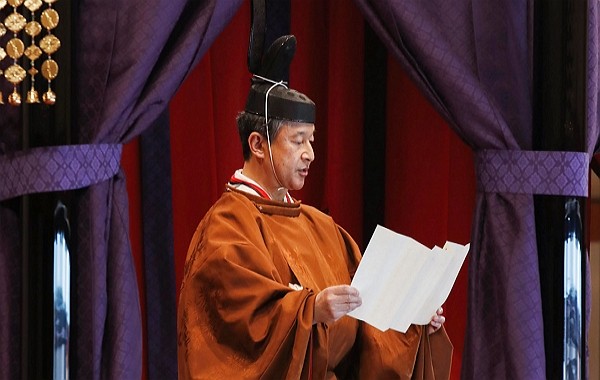 TAIPEI (Taiwan News) – Naruhito has officially proclaimed himself as Japan's new emperor in front of attendees from more than 180 countries at a ritual-bound, ancient-style ceremony held on Tuesday (Oct. 22) at the Imperial Palace in Tokyo.

The 59-year-old monarch, accompanied by his wife, Empress Masako, donned a dark-orange robe similar to the one his father worn in 1990. "I hereby declare my enthronement at home and abroad," said Naruhito, while his 85-year-old father Emperor Akihito watched from his wheelchair.

Naruhito said that Emperor Akihito often prayed for the happiness of the Japanese people and world peace during the 30 years he reigned. Naruhito said he would now do the same and follow in his father's footsteps and "stand with the people."

Japan's Prime Minister Shinzo Abe proceeded to stand before Naruhito's throne and led guests in shouting three rounds of "Long live the Emperor," reported CNA. More than 400 political leaders from abroad attended the ceremony, including Prince Charles from the U.K. Taiwan's Representative to Japan Frank Hsieh (謝長廷) was also one of the guests, reported Liberty Times. 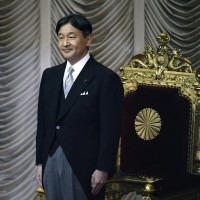 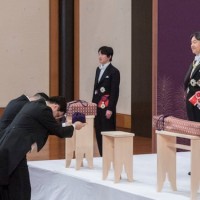 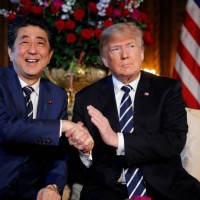