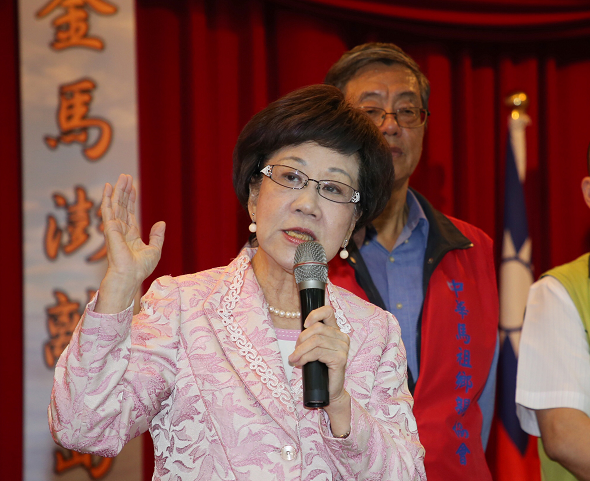 TAIPEI (Taiwan News) – Following the news that self-confessed murderer Chan Tong-kai (陳同佳) will be released from prison in Hong Kong and that he plans to willingly return to Taiwan to face justice, the Tsai government has responded with mixed signals by suggesting that Chan may be denied entry to Taiwan, and by placing his name on a no-fly list.

Despite Taiwan’s Ministry of Justice maintaining its right to try Chan for murder, Taiwan is urging Hong Kong authorities to respect Taiwan’s sovereignty and cooperate with Taiwanese law enforcement by providing evidence and officially extraditing Chan, rather than allowing him to travel on his own to Taipei. In response to the controversy on how Taiwan should treat the complicated international case, presidential candidate Annette Lu recently weighed in with her opinion.

On Tuesday (Oct. 22) at an academic forum on the issue of nuclear energy, Lu declared that Taiwan’s government is being overly cautious and that Taipei should take responsible action and try Chan according to the law. According to Lu, this is an opportunity to “teach China a lesson.” The Tsai government should not shy away from its obligations to defend the sovereignty of the country, says Lu.

On Monday (Oct. 21), National Security Bureau (NSB) Director-General Chiu Kuo-cheng (邱國正), stated that there were political considerations that led to the decision to bar Chan’s travel to Taiwan without the official legal cooperation of Hong Kong. Chiu referred to the case of Chan Tong-Kai as a potential “trap” being set by Beijing, reports CNA. Likewise, Premier Su Tseng-chang expressed skepticism over Chan’s sudden willingness to voluntarily turn himself over to Taiwan's authorities, suggesting there was some “unusual” political calculation behind the move.

Lu observed on Tuesday that President Tsai Ing-wen has always touted the importance of national sovereignty. She asked why, in this situation, Tsai is not willing to act as the president of a sovereign nation and accept the suspect’s surrender and send him to trial, reports Liberty Times.

In response to the suggestion from the NSB and the Mainland Affairs Council that Chan’s return may be part of a political trap, Lu asked the government to explain clearly what is going on. Lu insists that criminal justice is a matter of national sovereignty and that if Chan is willing to subject himself to Taiwan’s judicial system, then Taiwan has no discernible reason to forbid Chan’s return and circumvent its own legal system from delivering justice.