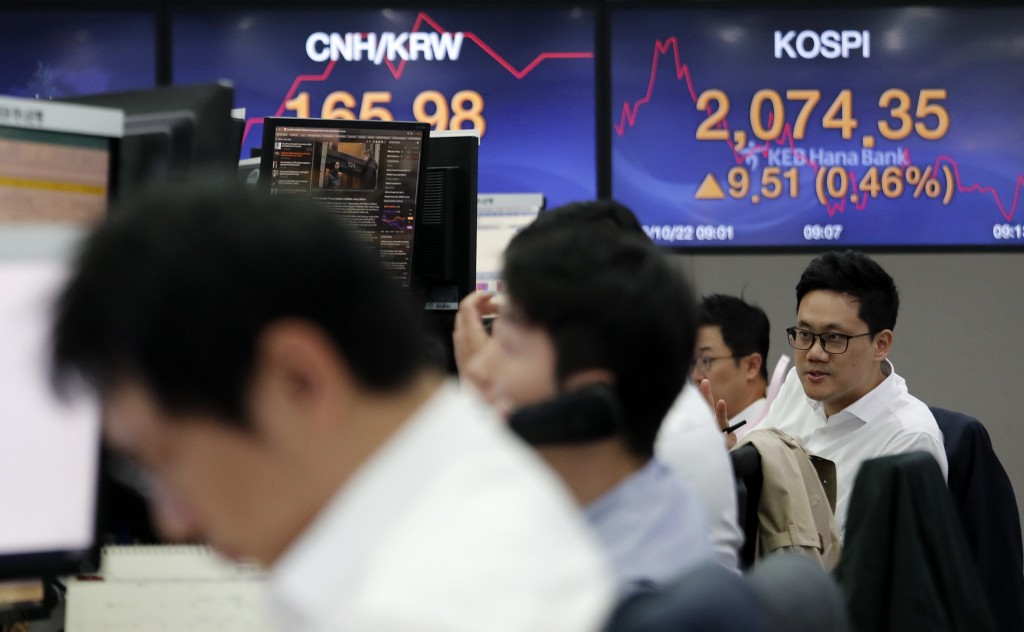 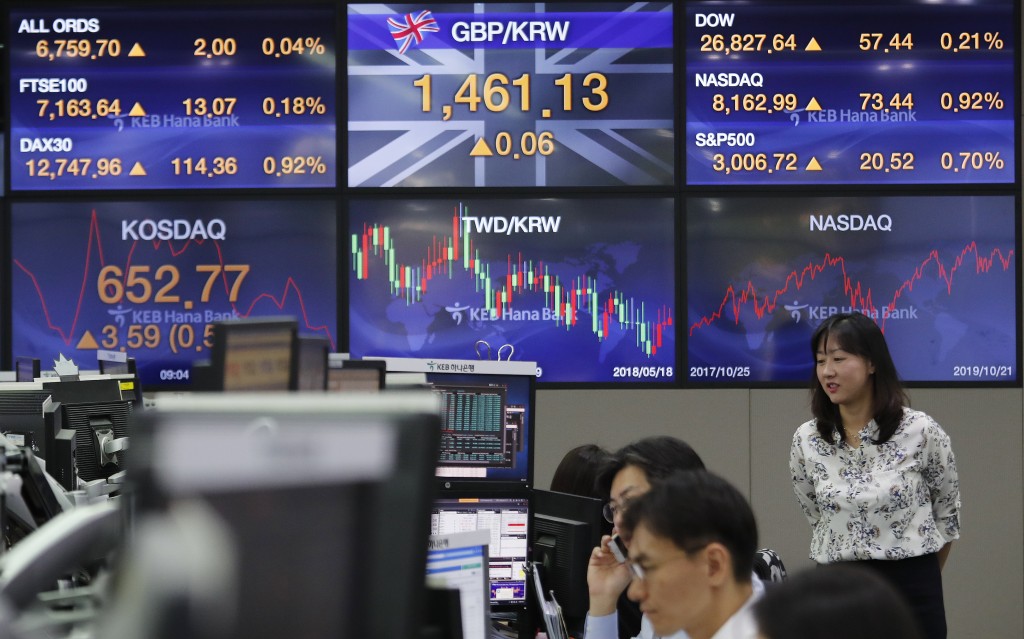 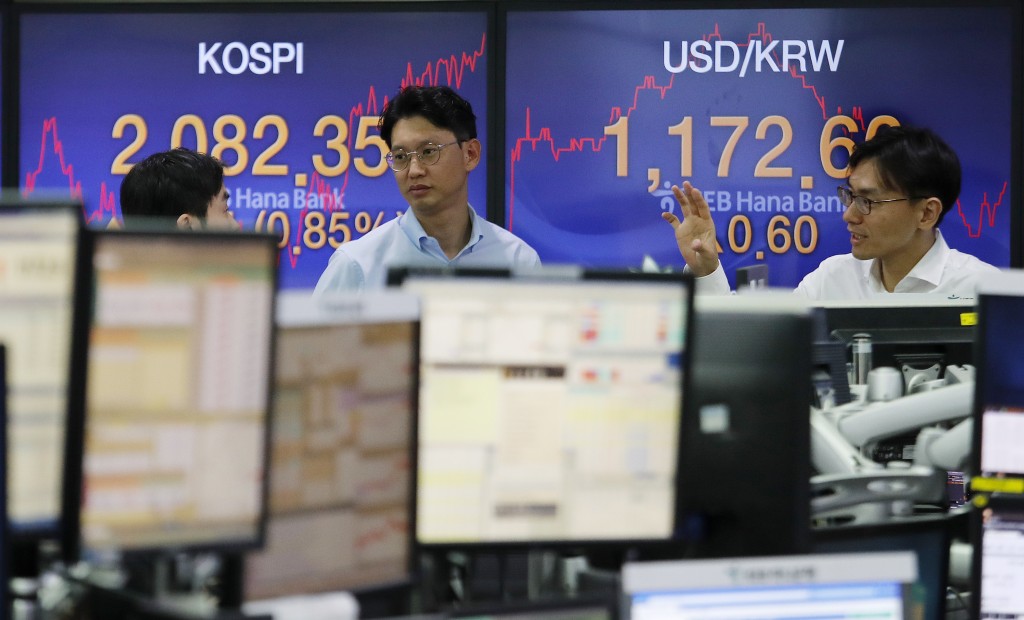 BANGKOK (AP) — Shares were mostly higher in Asia on Tuesday after upbeat comments from President Donald Trump and other U.S. officials on the status of trade negotiations with China.

Tokyo's markets were closed for a holiday for the enthronement ceremony for Emperor Naruhito.

Shares rose in Taiwan, Singapore and Bangkok but fell in Jakarta.

Trump told reporters Monday that he was hoping to sign a trade deal with China next month at a summit in Chile, "or whenever that might be."

On again, off again talks on resolving a dispute over trade and China's technology policies have dragged on for over a year, with both sides imposing billions of dollars' worth of tariffs on each other's goods. The most recent round, earlier this month in Washington, helped forestall a new round of tariff hikes on imports from China that would have escalated tensions.

Lower level talks were expected this week, and China's top envoy in charge of the negotiations, Vice Premier Liu He, said over the weekend that substantial progress had been made.

Economic adviser Larry Kudlow, said, "I really like what they're saying on the other side." If current talks go well, he said, Trump might put off imposing more tariffs planned for December.

"I can't guarantee it, it's completely up to the president," Kudlow told Fox Business.

Commerce Secretary Wilbur Ross was more cautious, saying that the timing was less important than the contents of any deal.

"It doesn't have to be in November," Ross told Fox. "The key thing is to get everything right that we do sign."

In a commentary, Mizuho Bank said "we think the current wave of trade optimism may be short-lived."

It noted that negotiations were said to be going well before they collapsed in May. And talk of a partial deal suggests many issues will remain unresolved.

"Whilst scrapping of the upcoming December tariff is welcomed, this may be only marginally positive since a substantial degree of damage is already done from the existing tariffs," it said.

Still, the bullish comments on trade lifted spirits overnight on Wall Street, where benchmarks extended the gains of the past two weeks.

Congress is ramping up scrutiny of Boeing as its CEO, Dennis Muilenburg, is scheduled to testify to the House's transportation committee on Oct. 30. Investors are concerned about the latest revelations surrounding the safety of its 737 Max airplanes, which have been grounded after two deadly accidents.

As they wait for trade talk developments, investors are watching corporate earnings reports. Monday was a relatively quiet start to a week full of results from major companies.

Analysts came into this latest earnings season expecting profits to decline overall for companies in the S&P 500. But with about 15% of companies in the index reporting so far, results have been surprisingly positive.

"We remain cautious for the quarter but believe that companies will continue to chin the low bar they have set and ultimately, we will end the quarter flat or up low single digits," said Katie Nixon, chief investment officer for Northern Trust Wealth Management, in a note to investors.

The yield on the 10-year Treasury rose to 1.80% from 1.75% late Friday. Higher yields allow banks to charge more lucrative interest on mortgages and other loans. Higher yields are also a sign that investors are more confident.

Benchmark crude oil fell 14 cents to $53.37 per barrel in electronic trading on the New York Mercantile Exchange. It lost 36 cents to settle at $53.51 a barrel on Monday.