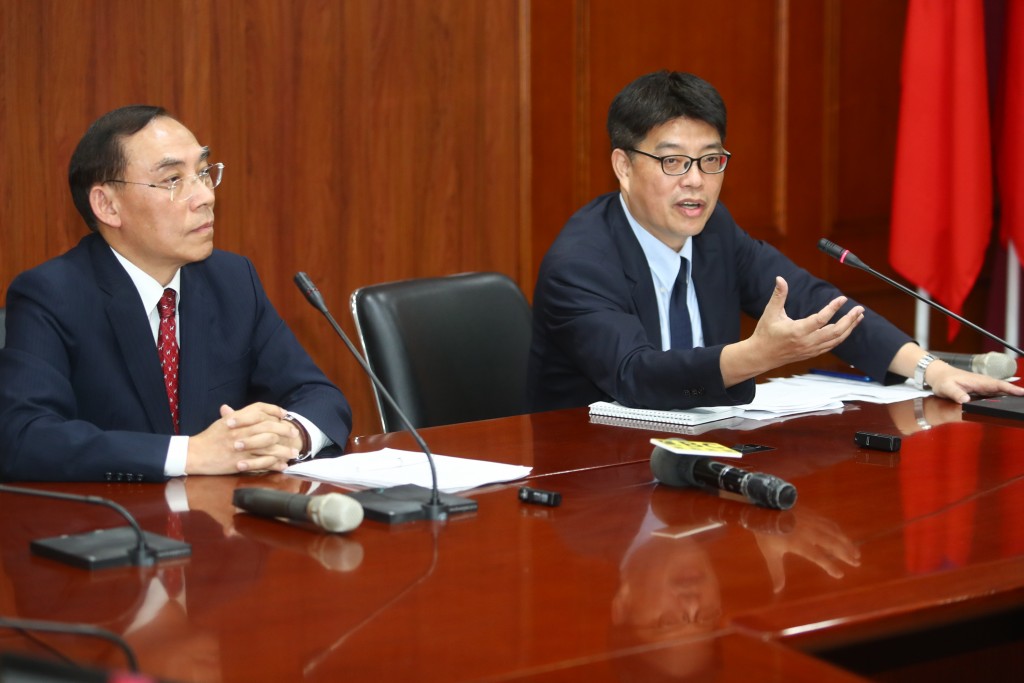 TAIPEI (Taiwan News) – Taiwan Minister of Justice Tsai Ching-hsiang (蔡清祥) held a press conference on Monday (Oct. 21) evening that addressed the surrender of Chan Tong-kai (陳同佳), a suspect in the Taiwan murder case that sparked months of violent protests in Hong Kong, saying details need to be discussed before Taiwan can accept Chan.

Tsai said both Taiwan and Hong Kong should have jurisdiction over the case, but the Hong Kong government should handle the case first since both the suspect and the victim are from Hong Kong. He added that Taiwan would accept Chan given the notion of mutual legal assistance, and would take responsibility for the case, according to CNA.

Chan, a Hong Kong citizen, is the chief suspect for the murder of his pregnant girlfriend, while on vacation in Taiwan in February last year. He stuffed her body in a suitcase, which he hid next to a Taipei MRT, then evaded arrest by fleeing back to Hong Kong.

Since the city does not have an extradition treaty with Taiwan, Hong Kong leader Carrie Lam decided to push for controversial extradition legislation. This led to months of unrest in Hong Kong.

Chan, who was held in a Hong Kong jail on the charge of money laundering, has confessed to the murder but without an extradition treaty prosecutors could not arrest him. In a surprising turn of events, Chan said he would be willing to turn himself in to Taiwan’s authorities once released on Oct. 23, reported Liberty Times.

Despite Hong Kong government's claim that, "Chan decided to surrender himself purely out of his own free will," Taiwan officials, including Premier Su Tseng-chang (蘇貞昌), believe Chan was coerced into it for political reasons. Su told the press on Tuesday (Oct. 22) that Taiwan has reached out to Hong Kong several times asking for mutual legal assistance but was ignored; now the sudden change in attitude "seems unusual," reported New Talk.