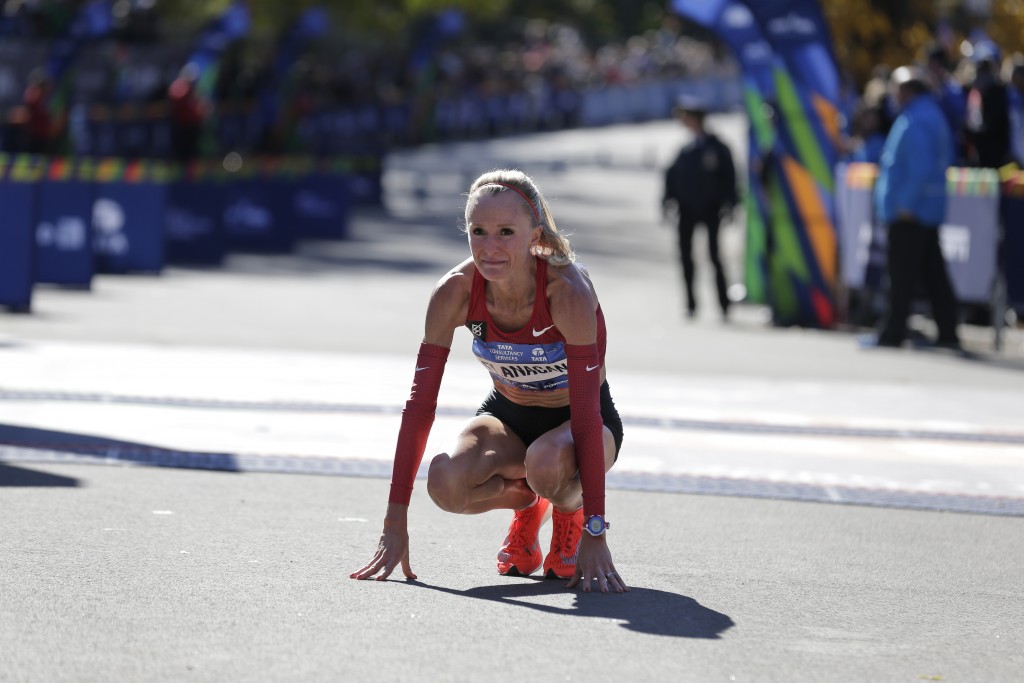 Flanagan made the announcement on social media on Monday, saying she has only one regret: "I regret I can't do it all over again."

A native of Marblehead, Massachusetts, whose mother was the first woman to break 2 hours, 50 minutes in the marathon, Flanagan won a silver medal in the 10,000 meters at the 2008 Olympics. She won the New York Marathon in 2017, becoming the first American woman to win the race in 40 years.

Flanagan said she will be working with the Nike Bowerman Track Club.

In a pair of Instagram posts , Flanagan said, "I have felt my North Star shifting, my passion and purpose is no longer about MY running; it's more and more about those around me."