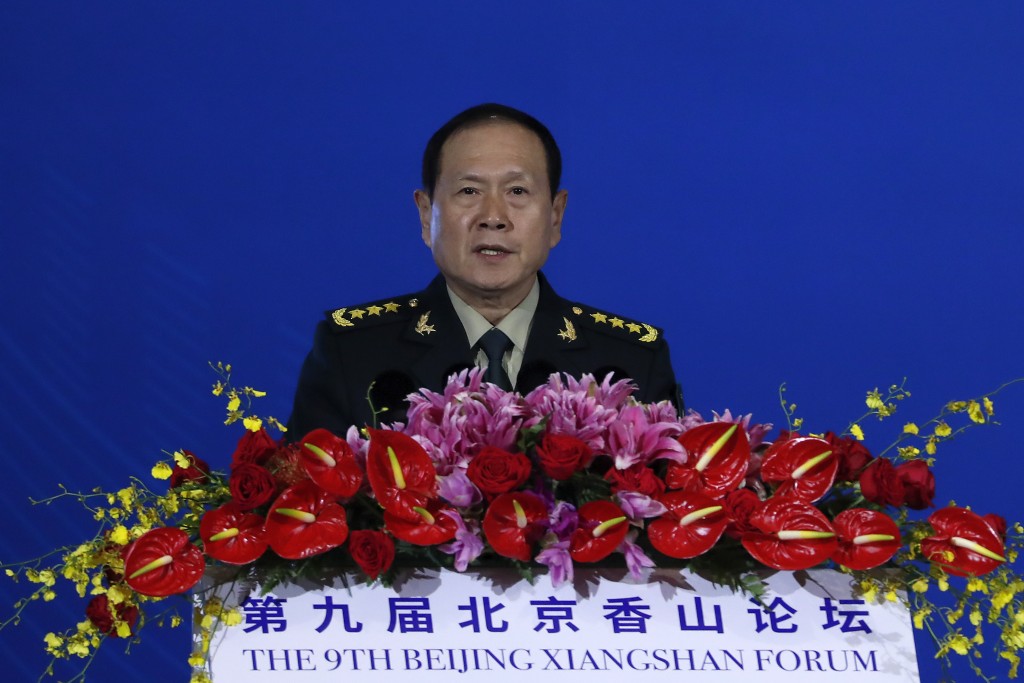 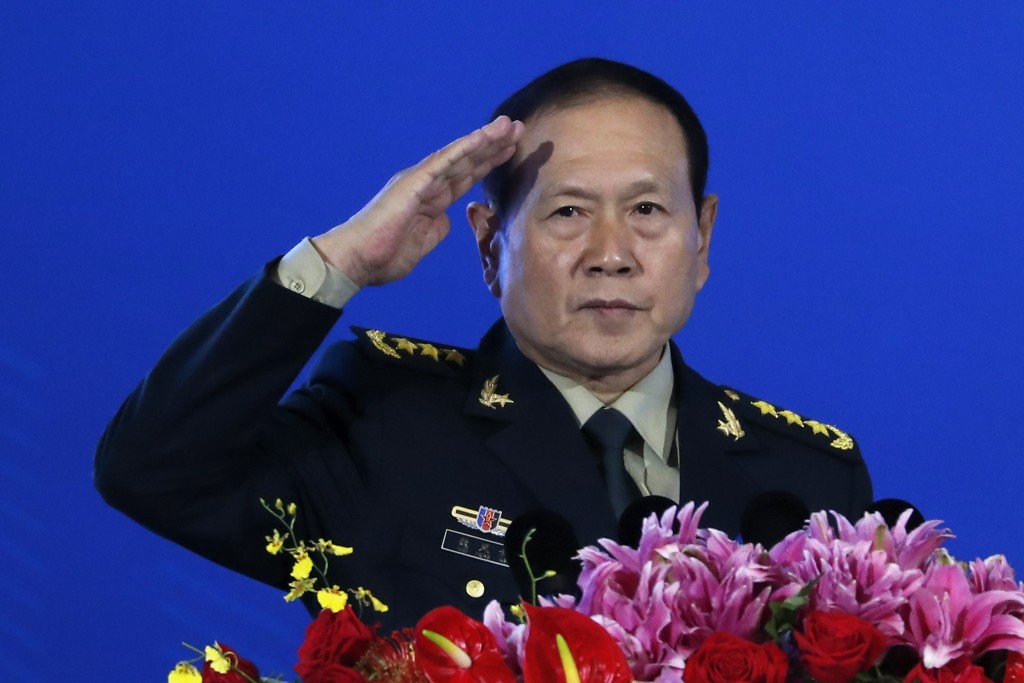 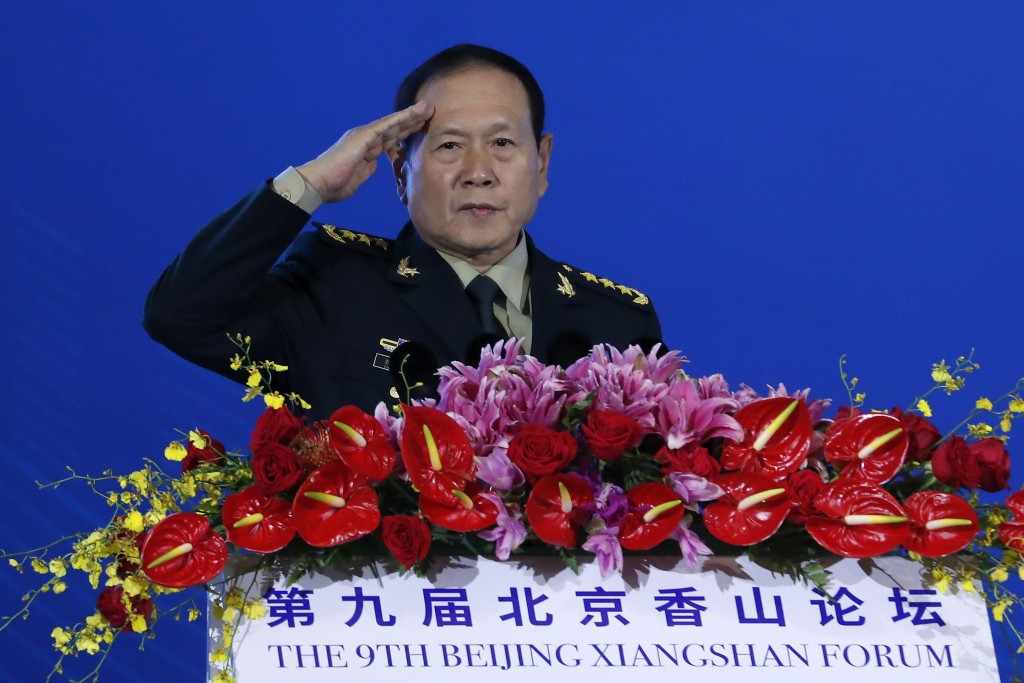 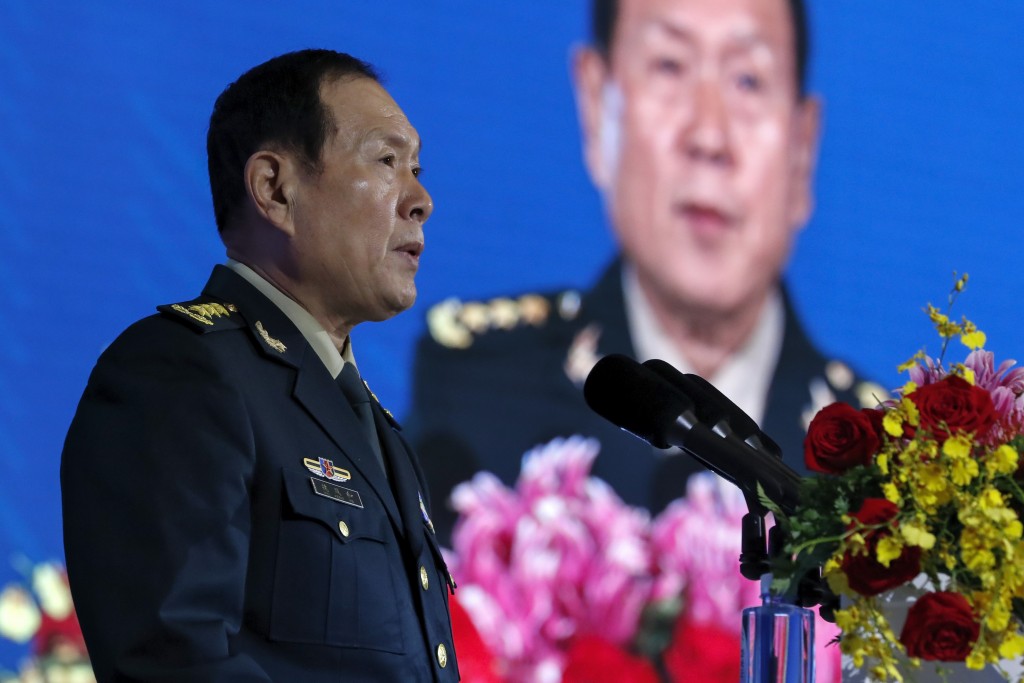 Gen. Wei Fenghe did not refer directly to the U.S. in his opening remarks at the Xiangshan Forum, an annual gathering in Beijing patterned on other multilateral gatherings such as Singapore's Shangri-la Dialogue.

But he repeated phrases Beijing often says about Washington and its Western allies as part of what China considers an ongoing campaign to restrain its development.

"No one and no force will be able to stop the course" of China's annexation of Taiwan, Feng said in an opening address to the forum, whose catchphrase this year is "Maintaining International Order and Promoting Peace in the Asia-Pacific."

China "will never allow the separatists for Taiwan independence to take their chances or any external forces to interfere into the Taiwan affairs. Reunification of the motherland is a justified course and separatist activities are doomed to failure," Wei said.

Taiwan, a former Japanese colony, split from China amid civil war in 1949 and enjoys strong U.S. military and diplomatic backing, despite the lack of formal ties.

Referring to what China regards as unwarranted U.S. intervention in other countries' affairs, Wei said China wouldn't accept or be intimidated by Washington's actions.

He included among those "long-arm jurisdiction," China's pejorative term for the leveling of U.S. sanctions on countries such as China, North Korea and Iran.

Wei's comments Monday come amid sharpening tensions between China and the U.S. over a range of economic and security issues, from trade and technology transfer to Hong Kong and the South China Sea.

U.S. officials have offered their own harsh assessments of China's drive to supplant America as Asia's pre-eminent military power.

In testimony Wednesday before the Senate Foreign Relations Committee, top U.S. diplomat David R. Stilwell said China's ruling Communist Party is pursuing a "repressive alternative vision" for the region that seeks to reorder it in its favor and has put Beijing "in a position of strategic competition with all who seek to preserve a free and open order of sovereign nations within a rules-based order."

Stilwell was especially scathing about China's claim to be pursuing a peaceful code of conduct with other parties while using its navy, coast guard and other actors to bully neighbors such as Vietnam and cement its claims in their area by building artificial island outposts.

"We remain skeptical of the PRC's sincerity to negotiate a meaningful Code of Conduct that reinforces international law," Stilwell said. "If it is used by the PRC to legitimize its egregious behavior and unlawful maritime claims, and to evade the commitments Beijing signed up to under international law, a Code of Conduct would be harmful to the region, and to all who value freedom of the seas."