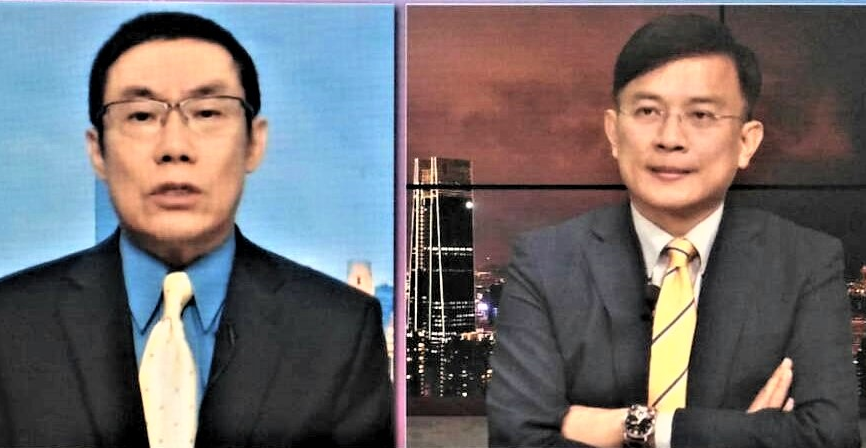 TAIPEI (Taiwan News) — The website Taiwan People News on Monday (Oct. 21) published an article promoting the incredible claim that President Tsai Ing-wen paid off officials at the London School of Economics (LSE) in order to obtain her Ph.D. dissertation.

In an awkward explanation of events, columnist Cao Changqing (曹長青) suggests that Tsai Ing-wen (蔡英文) is responsible for an anonymous donation of GB£480,000 (NT$19 million) made to the LSE Taiwan Research Program and received by Professor Shi Fang-long (施芳瓏). According to Cao’s theory, this was a donation made in New Taiwan Dollars that somehow helped Tsai obtain her doctorate degree or possibly a phony dissertation from the university.

However, according to the financial disclosure statement from LSE, the donation in question was delivered over the course of seven years, from 2007 to 2014, probably in installments. It was made long after Tsai received her Ph.D. degree from LSE in 1984 and many years after she began working as a professor in Taiwan. Furthermore, Tsai took office in 2016, and her dissertation only became a topic of speculation in 2019.

The new accusation about an anonymous payment for some allegedly nefarious assistance from LSE appears to be in response to the letter from LSE confirming the authenticity of Tsai’s degree and dissertation as well as the president making a print copy of her thesis available at the National Taiwan Library.

Cao and others, like talk show host Dennis Peng (彭文正), now seem to be implying that the print copy of the 1984 dissertation in the National Central Library is a phony and the result of the anonymous payment to the LSE Taiwan Research Program. According to this latest development in the conspiracy theory, the fake doctorate degree was concocted sometime after 2014 in anticipation of the current doubts regarding Tsai's dissertation and the effort to smear her reputation as president of Taiwan ahead of upcoming elections.

In related news, a group of professionals from the North American Taiwanese Medical Association (NATMA) on Monday issued a statement defending the president and her doctoral dissertation, noting that the unfounded accusation has insulted the reputation of LSE and tarnished the reputation of Taiwan's free press. The statement asks for a return to mature, responsible journalism and for Taiwanese media to refrain from spreading malicious rumors engaging in political smear tactics.