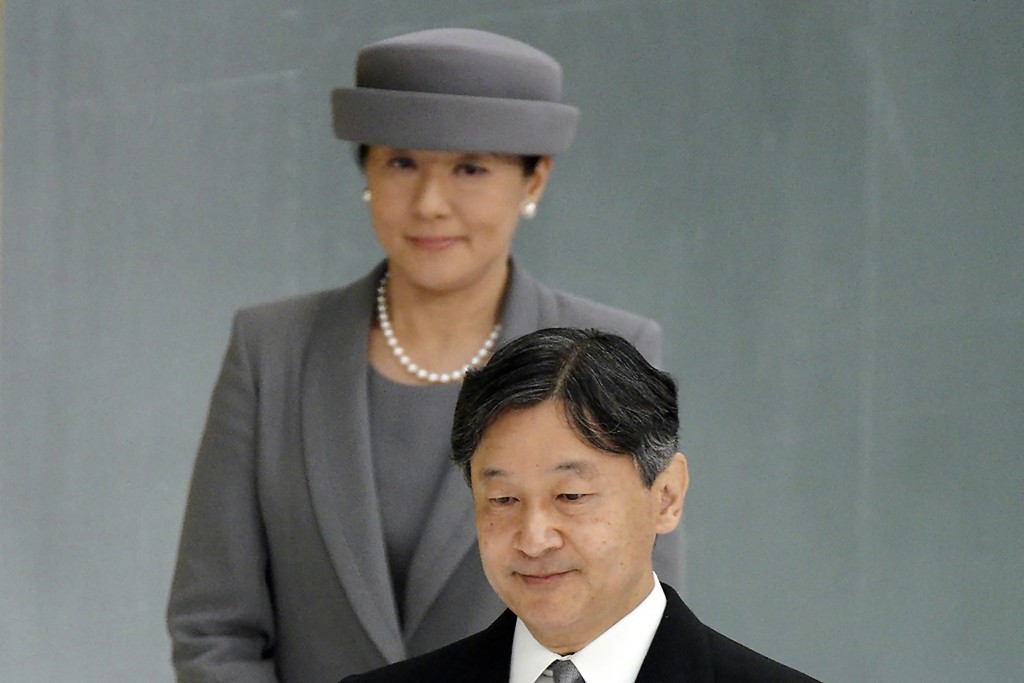 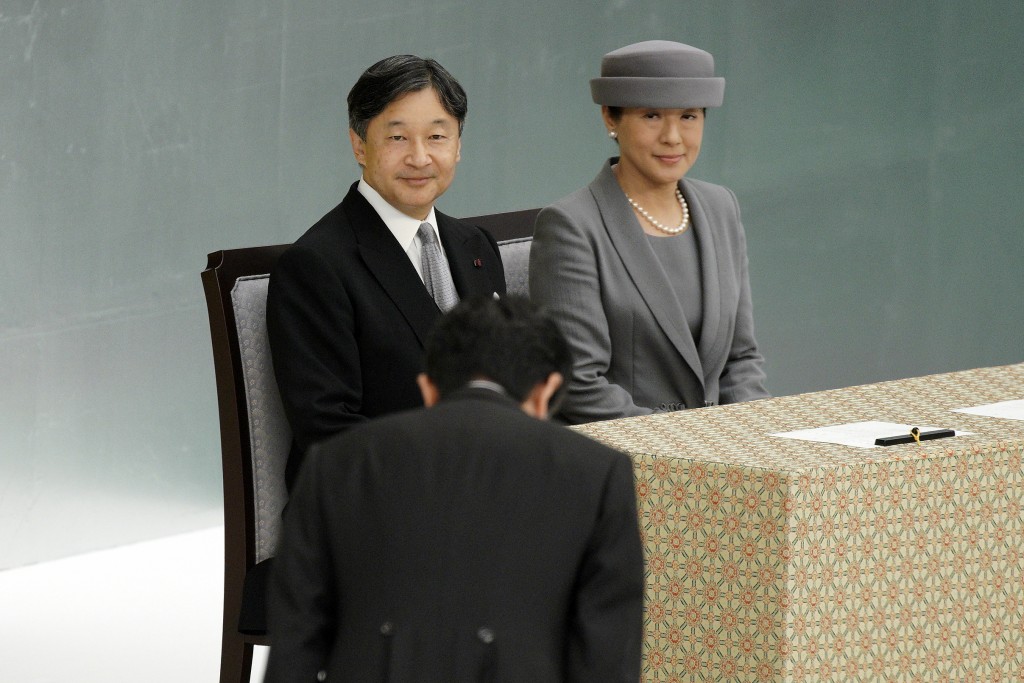 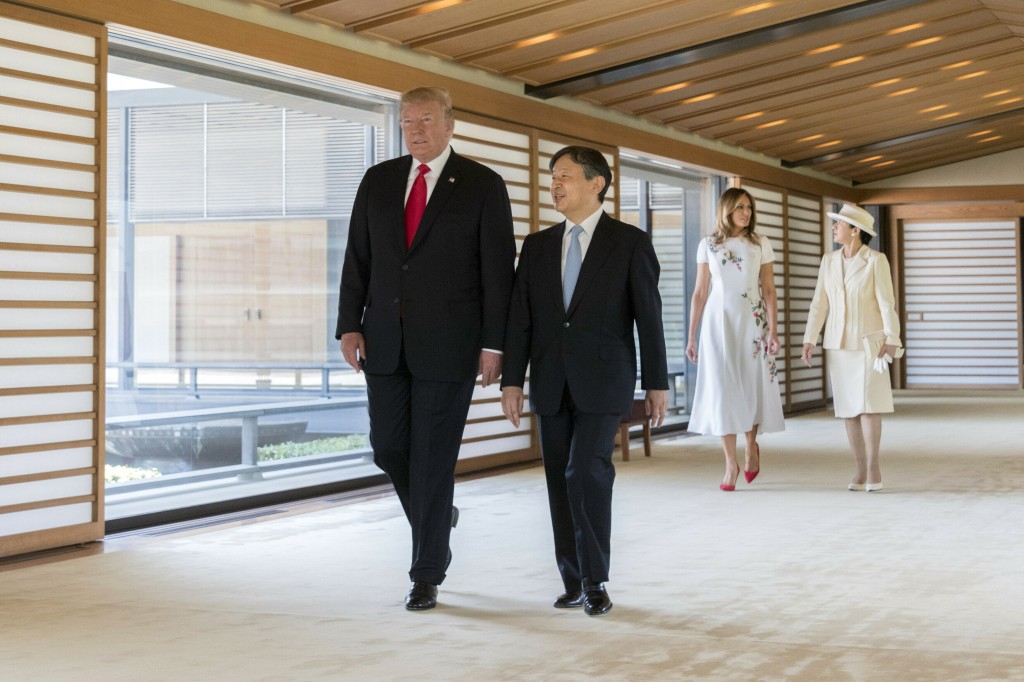 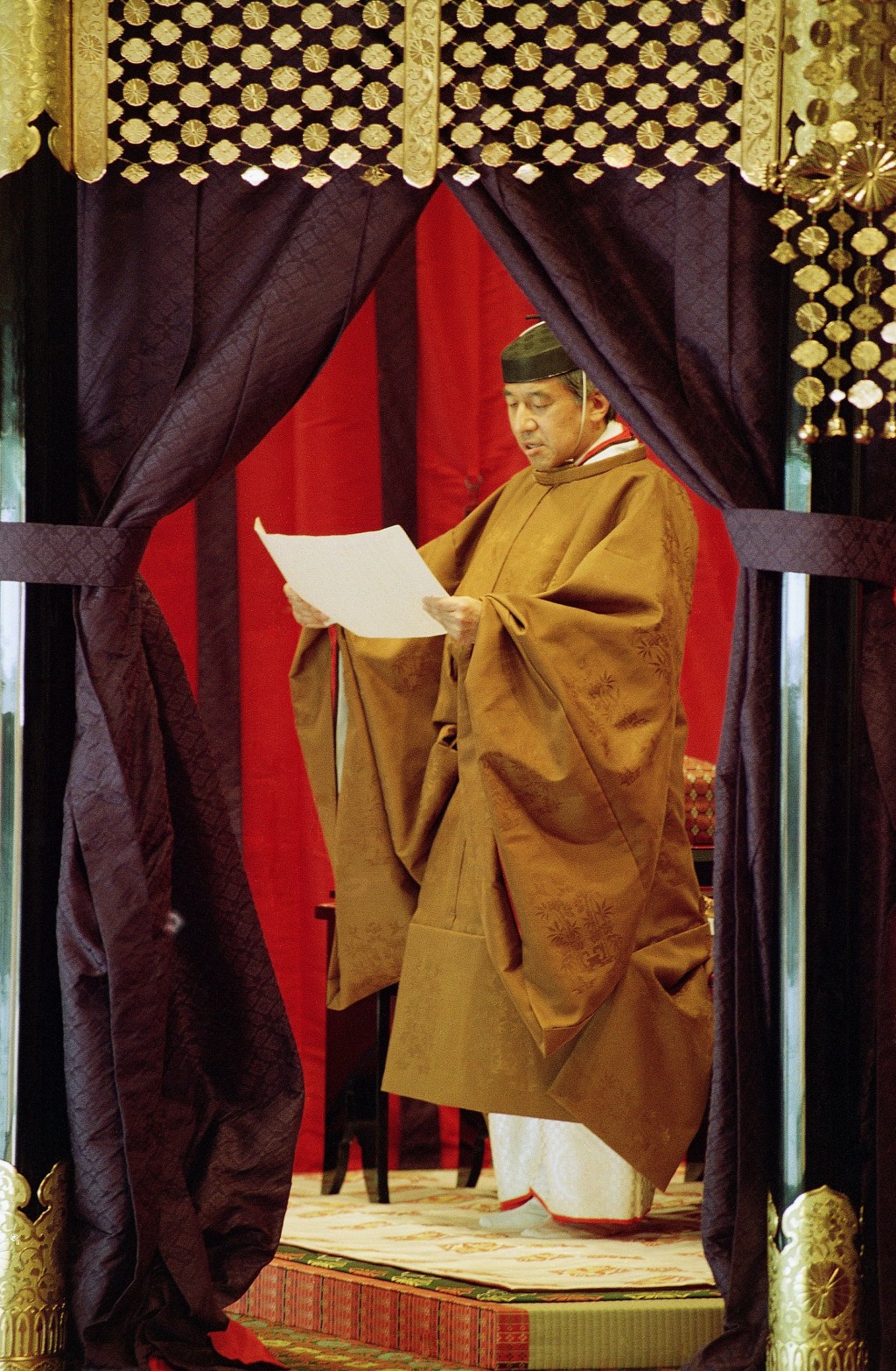 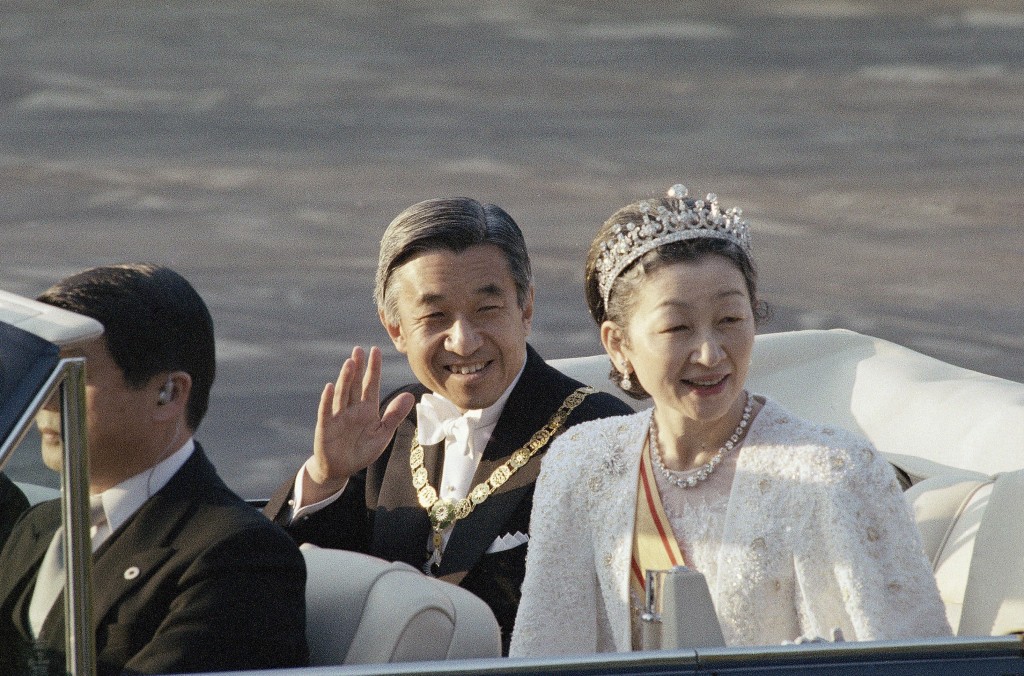 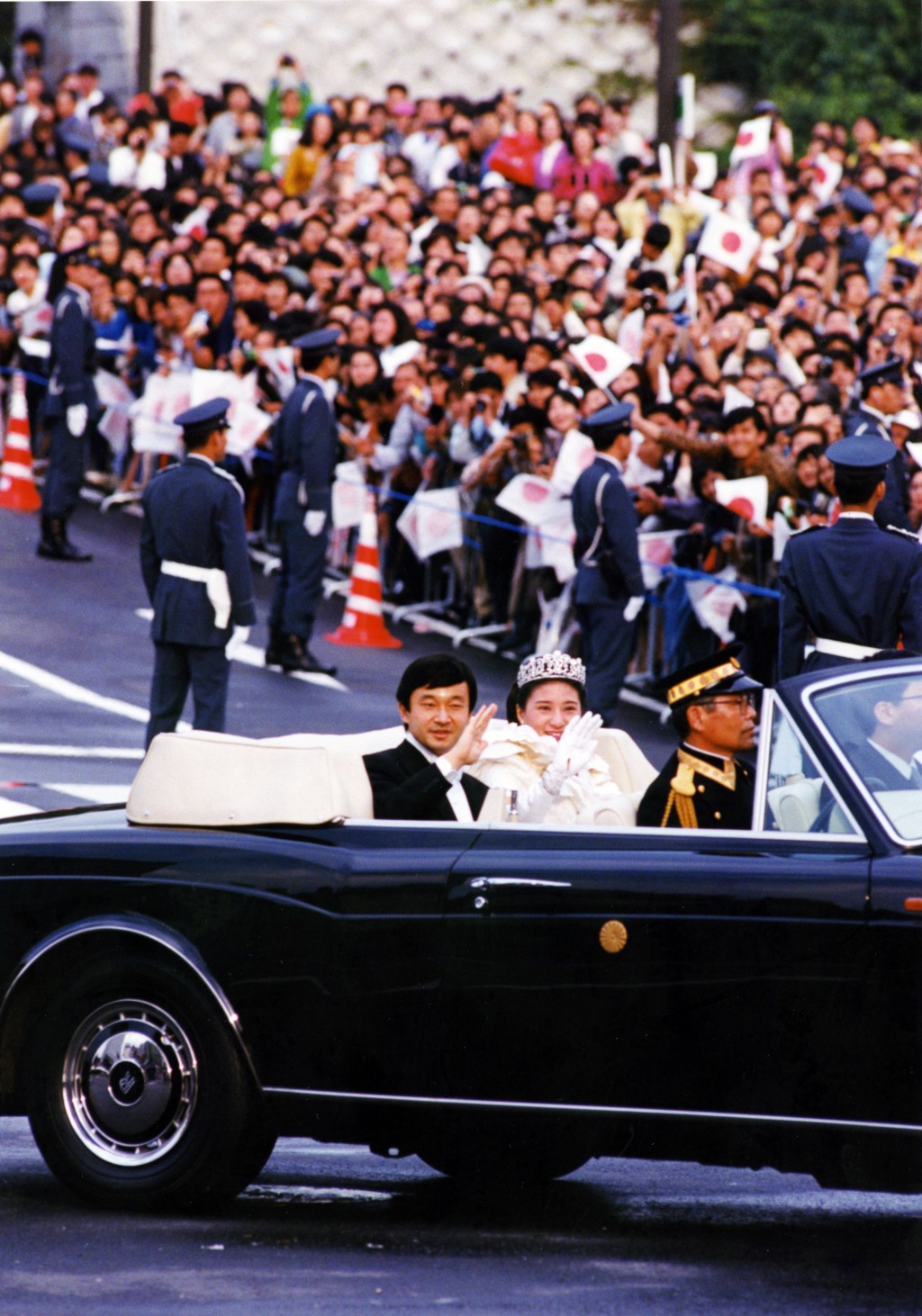 TOKYO (AP) — Japan is abuzz ahead of a ceremony Tuesday marking Emperor Naruhito's ascension to the Chrysanthemum Throne.

It is one of several formal ceremonies for Naruhito, 59, who has been a full-fledged emperor since succeeding in May after the abdication of his father, Akihito.

A look at the significance of the enthronement ceremony and what people are expecting of the new emperor:

The enthronement ceremony marks the high point of succession rituals that began in May and will last through the spring.

Tuesday's ceremony allows Naruhito to proclaim himself Japan's 126th emperor in a ritual dating back to the 7th century.

Historians say the modern enthronement rituals are largely meant to allow the government to showcase the monarchy to win public support and to preserve the country's cultural heritage.

Western-style banquets and a procession have been added to "to bolster national prestige and influence. The Imperial family's own events used to be more modest," said historian and monarchy expert Eiichi Miyashiro, who is also a journalist.

The ceremony was originally modeled after one by the ancient Tang dynasty of China and is the second of a three-part process following the May succession. Next month sees the highly religious and divisive ritual of the Grand Harvest. Some experts have raised questions over the government's funding of 16 billion yen ($150 million) for ceremonies that contain religious rites.

A PROCLAMATION AND A BANZAI

Despite the time, cost and effort put into it, the ceremony itself will last only 30 minutes. Its climax is the emperor's proclamation before some 2,000 guests.

Naruhito will wear a formal brownish-orange robe that has been dyed in sappanwood and Japanese wax tree bark and a black headdress decorated with an upright tail — as his father did 30 years ago — in a ceremony at Matsu-no-ma, the Imperial Palace's most prestigious hall.

He will make his proclamation from the Imperial Throne "Takamikura," a 6.5-meter (21-foot) -high decorative structure resembling a gazebo or something from the Forbidden City in China. It was transported from the former Imperial Palace in Japan's ancient capital of Kyoto, where emperors lived until 150 years ago.

A sword and a jewel — two of the "three sacred treasures" that Naruhito has inherited from Akihito — will be placed beside him, while the third treasure, a mirror, stays at the Ise Shrine, the holiest place in the Shinto religion.

Naruhito's wife, Empress Masako, also dressed in an elaborate traditional costume, will stand in a slightly smaller structure, the "August Seat of the Empress," a modern-day addition first used by Naruhito's grandmother.

Naruhito is expected to follow a 1990 proclamation made by his father, who pledged to fulfill his duty as a state symbol under the constitution and wished his people peace and prosperity. Prime Minister Shinzo Abe, after making a brief congratulatory statement, will lead three "banzai" cheers for Naruhito.

Naruhito and Masako have been warmly welcomed by the Japanese public.

The couple won praise when they chatted with President Donald Trump and first lady Melania Trump without an interpreter at a banquet in May.

Naruhito has pledged to follow his father's commitment to pacifism and sympathy for those facing hardship.

Naruhito is a historian, a viola player and an expert on water transport who studied at Oxford. Masako, a Harvard-educated former diplomat, has struggled for more than 10 years since developing "adjustment disorder" after giving birth to their only child, Princess Aiko, and facing pressure to produce a boy.

Naruhito is largely following his father's examples, but not in the choice of a royal car for his parade.

While Akihito used a Rolls Royce Corniche III imported from Britain 30 years ago, Naruhito and Masako will be in a Toyota Century convertible, customized with raised rear seats to provide well-wishers a good view from the roadside during the couple's half-hour motorcade on the 4.6-kilometer (3-mile) route from the palace to the Akasaka imperial residence.

The parade, originally planned for Tuesday afternoon, was pushed back to Nov. 10 due to the extensive damage from Typhoon Hagibis, which hit central and northern Japan earlier this month.

To mark the occasion, Abe's Cabinet is granting pardons to about 550,000 people convicted of petty crimes such as traffic violations and election fraud. The pre-war custom of clemency by the emperor has triggered criticism as being undemocratic and politically motivated.

"It's anachronistic," said Setsu Kobayashi, a Keio University constitution professor. "If their penalties need to be reconsidered or reduced, they should be examined individually and legally, not in the name of the emperor."

The amnesty will take effect Tuesday. When Naruhito's grandfather Hirohito died in 1989, more than 10 million people were pardoned, and 2.5 million were given amnesty to celebrate Akihito's enthronement.

Naruhito will host a 3½-hour court banquet Tuesday night, attended by foreign dignitaries and representatives from Japan's administrative, legislative and judicial branches and their spouses.

Foreign guests will be escorted to observe the Imperial Throne and the Empress' seat on display at the Pine Hall before entering the banquet hall, where a dinner will be served while traditional Japanese court music is performed live, ceremony organizers said.

Naruhito and Masako will also have after-dinner drinks with foreign guests in another room. The couple will host three more banquets through the end of October.

The enthronement ceremony is also being used for diplomacy by Abe, who is separately hosting a dinner Wednesday, though Naruhito and Masako won't be there.