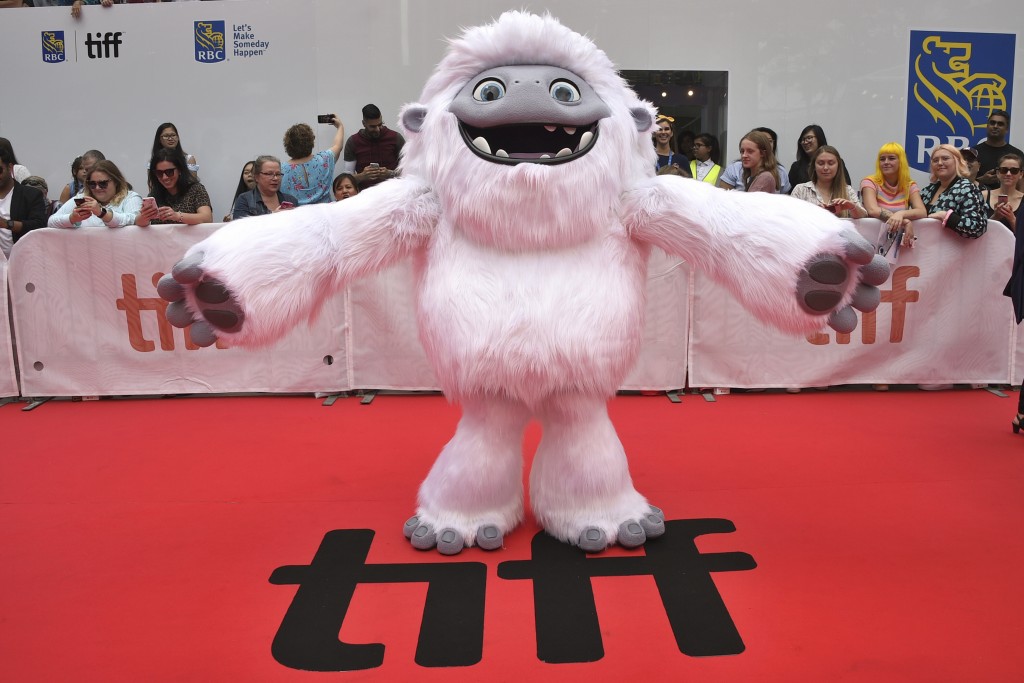 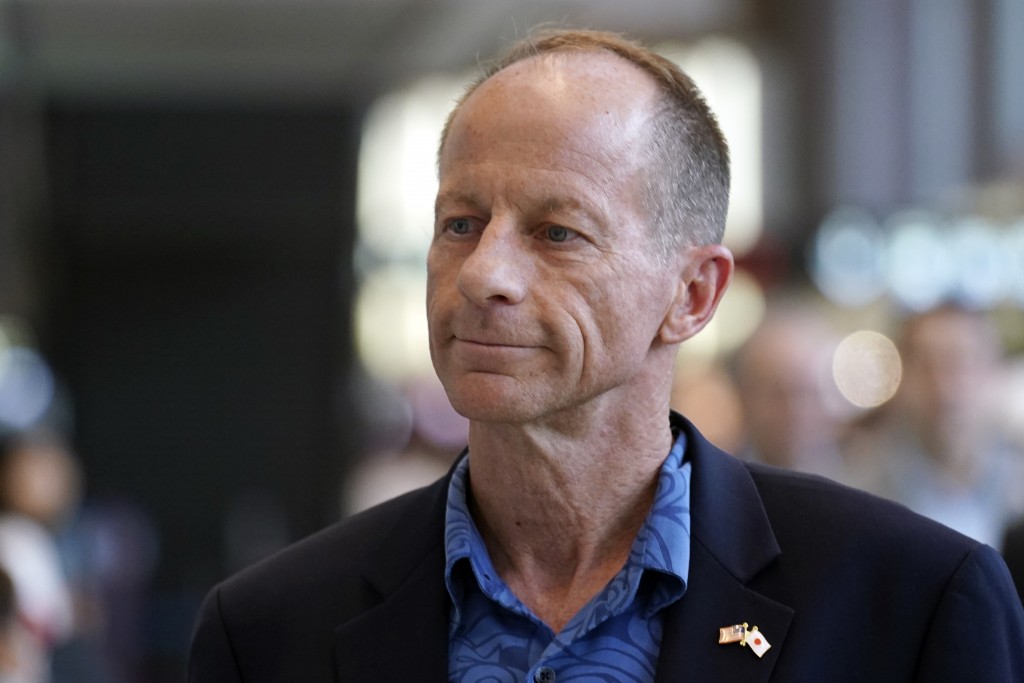 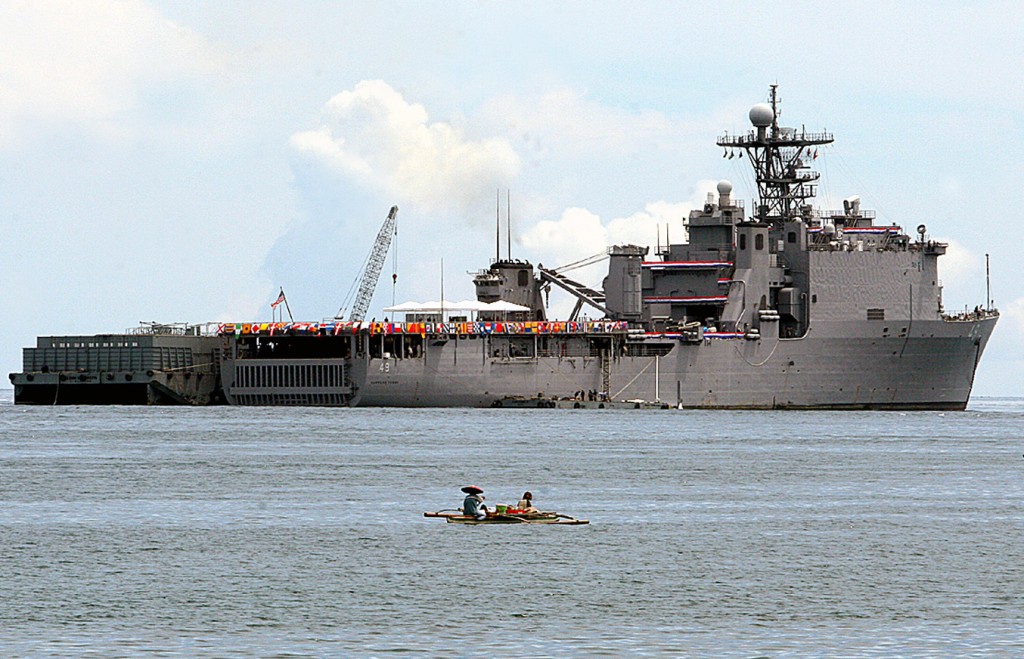 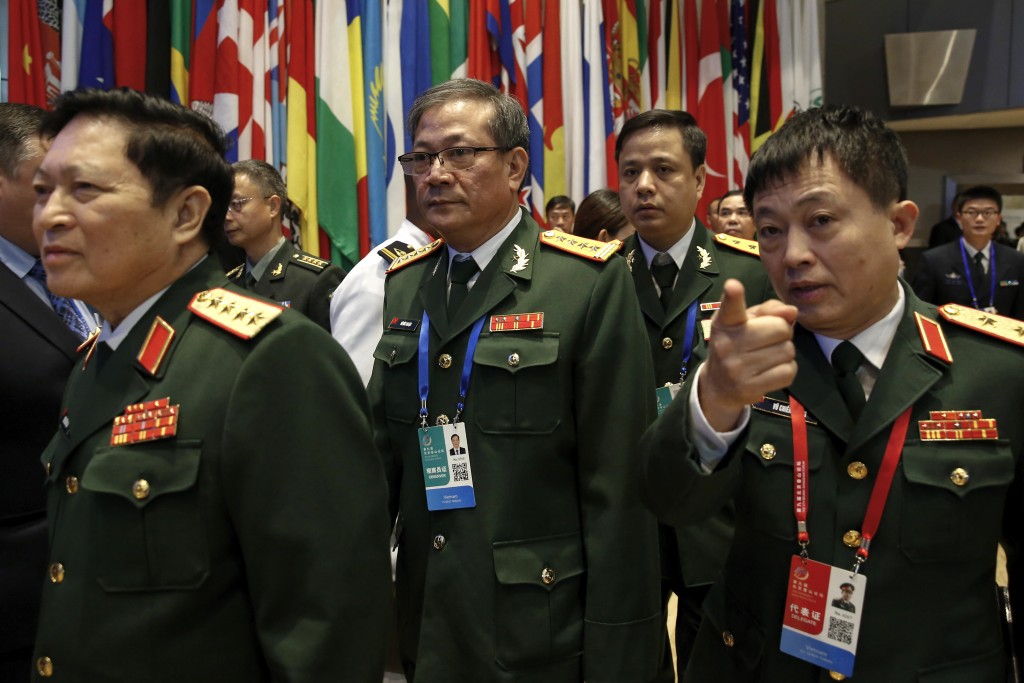 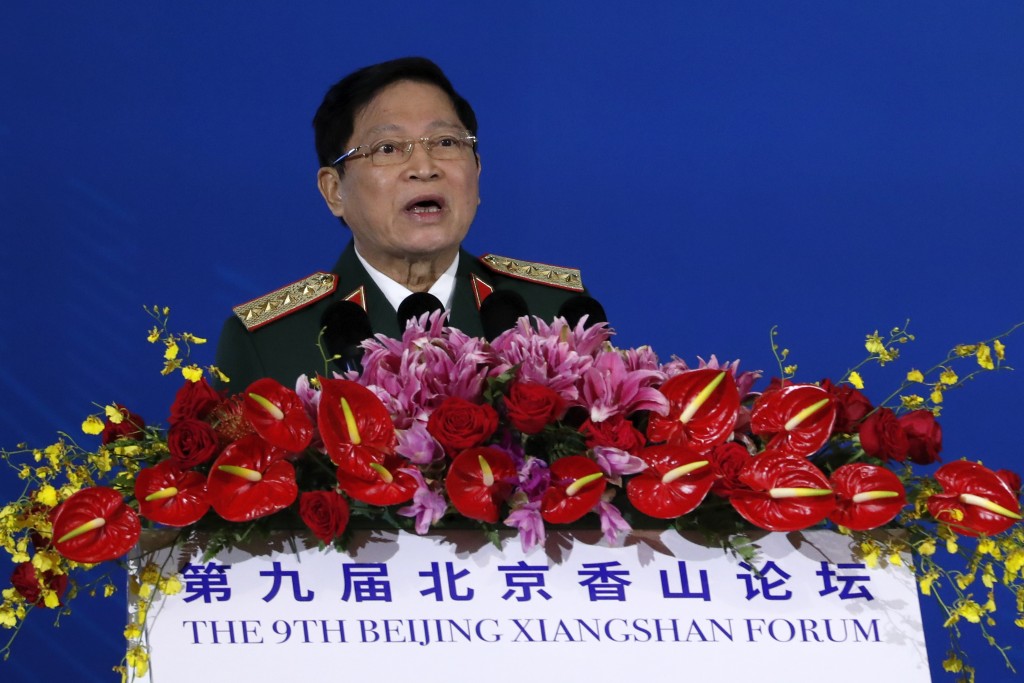 BEIJING (AP) — A look at recent developments in the South China Sea, where China is pitted against smaller neighbors in multiple territorial disputes over islands, coral reefs and lagoons. The waters are a major shipping route for global commerce and are rich in fish and possible oil and gas reserves.

The animated movie "Abominable" has been pulled from Vietnamese and Malaysian theaters due to a scene showing a map supporting Chinese claims to the disputed South China Sea.

The image in one scene showed the so-called nine-dash line, a vague and broken outline around resource-rich waters China claims as its own territory.

Trailers and other associated information for "Abominable" have been removed from the Vietnamese distributors' website and social media channels. The movie's trailer and posters were removed from advertising screens in theaters.

A Dreamworks representative did not immediately reply to a message seeking comment about the scene and Vietnam's ban.

China's Foreign Ministry said it had no information about the ban. It reiterated that China's territorial claims in the South China Sea were clear and consistent.

The movie will skip Malaysian theaters after producers decided against cutting out the scene showing the map.

Malaysian film distributor United International Pictures said in a brief statement Monday that "Universal has decided not to make the censor cut required by the Malaysian censor board and as such will not be able to release the film in Malaysia," where it was due in theaters on Nov. 7. It declined to give further details.

Universal is the parent company of DreamWorks Animation, which co-produced the movie with China-based Pearl Studio. "Abominable," which has nothing to do with the territorial dispute, is about a Chinese girl who helps a yeti get back to its home on Mount Everest.

US OFFICIAL: CHINA LACKS SINCERITY OVER CODE OF CONDUCT

In testimony Wednesday before the Senate Foreign Relations Committee, David R. Stilwell said China's ruling Communist Party is pursuing a "repressive alternative vision" for the region that seeks to reorder it in its favor and has put Beijing "in a position of strategic competition with all who seek to preserve a free and open order of sovereign nations within a rules-based order."

However, he said they still impose real costs on other countries by inhibiting them from accessing more than $2.5 trillion in recoverable energy reserves, while "contributing to instability and the risk of conflict."

Stilwell was especially scathing about China's claim to be pursuing a peaceful code of conduct with other parties, given what he described as its consistent use of its navy, coast guard and other actors to bully neighbors such as Vietnam and cement its claims in their area by building artificial island outposts.

"We remain skeptical of the PRC's sincerity to negotiate a meaningful Code of Conduct that reinforces international law.," Stilwell said.

"If it is used by the PRC to legitimize its egregious behavior and unlawful maritime claims, and to evade the commitments Beijing signed up to under international law, a Code of Conduct would be harmful to the region, and to all who value freedom of the seas.

Militaries of the U.S. and Brunei, whose South China Sea claims overlap with those of China, are holding joint exercises simulating the securing of a beachhead and conducting jungle warfare and combat medical training inland.

Members of the 11th Marine Expeditionary Unit arrived in Brunei aboard the U.S. amphibious dock landing ship USS Harpers Ferry more than a week ago to prepare for the drills, known as Cooperation Afloat Readiness and Training, or CARAT, the Navy said on Tuesday.

The exercises include the use of amphibious assault vehicles and are intended to demonstrate Washington's commitment to its security partnerships in the region. China has sought to weaken those through economic inducements and sponsoring its own multinational exercises.

"Our participation in CARAT shows the United States' commitment to the region and strengthens longstanding maritime partnerships with our allies," Cmdr. Janice Pollard, commanding officer of Harpers Ferry, was quoted as saying in a Navy news release.

Typhoon Hagibis forced Japan to call-off an international fleet review that was to include participants from China for the first time.

The review would have been the first in four years. It was scheduled for early October in Sagami Bay, southwest of Tokyo, but high winds and rough seas forced its cancellation.

Representatives from a record seven nations — the U.S., U.K., Australia, Canada, Singapore, India and China — were to have attended.

Despite continuing distrust over Japan's militarist past and China's goal of regional military dominance, the two countries agreed last year to conduct reciprocal port visits by naval vessels. China is especially critical of Japan's long-standing security alliance with the U.S. and the presence of Japanese naval assets in the South China Sea.

One of China's most advanced guided missile destroyers, the Type 052D Taiyuan, had planned to take part in the review. Ongoing tensions between Tokyo and Seoul dictated that South Korea's navy was not invited.