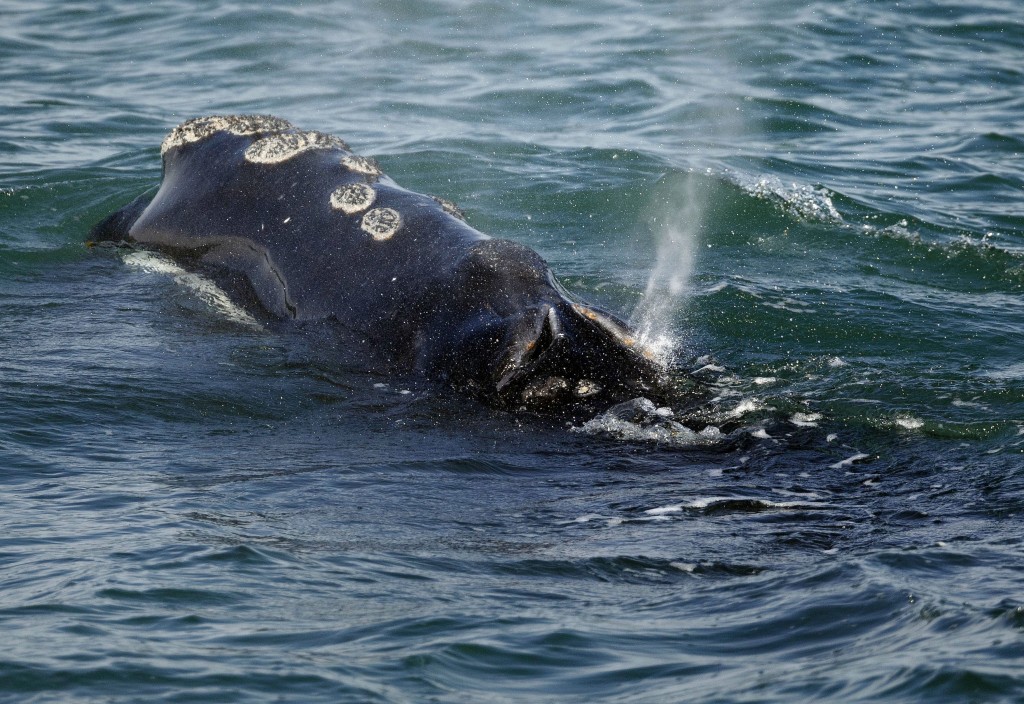 PORTLAND, Maine (AP) — A group representing Maine's lobstermen says it's now willing to work with the federal government on a plan to protect right whales after withdrawing its support for the plan this summer.

The Maine Lobstermen's Association is one of the key stakeholders in an effort to better protect the North Atlantic right whales, which number only about 400 and are vulnerable to entanglement in fishing gear. A federal plan that's being developed to help save the whales would remove miles of lobster trap rope from the waters off Maine.

The lobstermen's association issued a public statement on Oct. 11 saying it appreciates that the National Oceanic and Atmospheric Administration's National Marine Fisheries Service has offered a "constructive response" to its concerns about whale protection.

However, the statement also says the lobstermen still think the whale plan focuses too much on new restrictions for their industry. The organization said it believes NOAA Fisheries should also consider the impact other fisheries have on the whales.

"Going forward, MLA will continue to insist on a science-based process informed by best available data to ensure rigorous accountability for risk to endangered whales from across the spectrum of human interactions with them," the group stated.

The group hopes its letter sends a message that finding a way to save the whales is still one of its priorities, said Patrice McCarron, its executive director, in a telephone interview.

"We were always committed to finding ways to make our fisheries safer for right whales," McCarron said.

NOAA Fisheries is not commenting on the lobstering group's statement, agency spokesman Jennifer Goebel said. However, the regulators have also recently expressed desire to work with the lobstermen, who have said the whale protection plan placed too much onus on their business, which is an industry vital to Maine's economy.

Chris Oliver, NOAA's assistant administrator for fisheries, said this month that federal managers are also "diligently working with our Canadian counterparts to address both ship strikes and entanglements in Canadian waters." That is another concern Maine's lobstermen have raised in recent years.

The new whale protections must first go through a rulemaking process. Maine regulators plan to hold public meetings about proposed protections next month. NOAA must eventually propose formal rules, and that's expected in the next few months, Goebel said.

The right whales dwindled in population during the whaling era and have suffered high mortality and poor reproduction in recent years. Conservationists have sounded alarms that the whales could face extinction because of a declining population of breeding females.

"Entanglements in the vertical fishing lines used in lobster and crab trap/pot fisheries cause right whale death rates to rise and birth rates to fall," said Jane Davenport, a senior attorney with Defenders of Wildlife, which has advocated for tight restrictions.