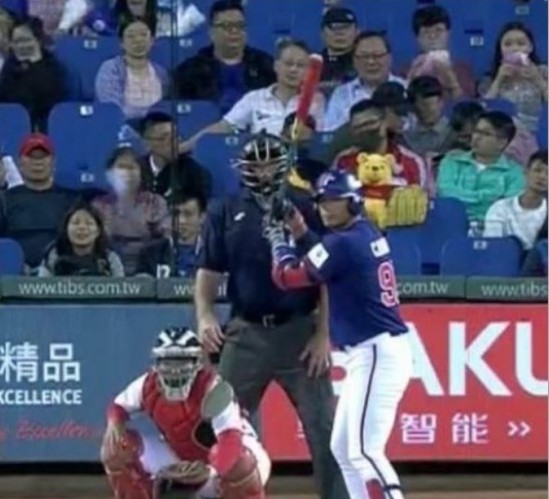 Taiwan defeated China with a 10-2 victory at Saturday evening’s game in Taichung, securing a ticket to the 2019 Asian Baseball Championship finals. The Taiwanese team will face Japan in the next game Sunday night.

But while the country’s baseball team was trouncing its opponent on the field, fans did not just sit in the stands cheering for their nation. Liberty Times reported that a fan sitting right behind home plate held a stuffed Pooh, while several people sitting near the back of the stadium had put posters of the yellow bear on their hats.

Xi was first compared to the honey-loving fictional character when a photo of him walking with former U.S. President Barack Obama during his U.S. trip in 2013 went viral on social media. It was reported that the Chinese government has since censored images comparing their leader to Winnie the Pooh on the internet, and in 2018, it banned screenings of the Pooh-centric film “Christopher Robin.”

The issue was also taken up by the American animated series South Park in an episode released in early October, in which a character travels to China and discovers Winnie the Pooh and his friend Piglet imprisoned there because the bear bears resemblance to Xi. And in Hong Kong, posters of Winnie the Pooh have been circulated by anti-government protesters over the past four months to mock the Chinese leader.

The image of a baseball fan carrying a Winnie the Pooh doll was quickly picked up by Taiwanese netizens and widely shared on social media, but it was not the first time fans have gotten political during this year’s baseball tournament. Several Taiwanese fans brought posters and banners reading “Stand with Hong Kong” at a Taiwan-Hong Kong match on Oct. 14 to show their solidarity with the ongoing demonstrations in the semi-autonomous city. 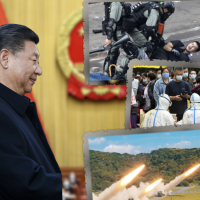 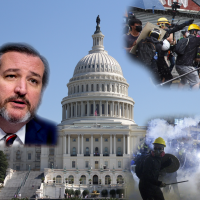