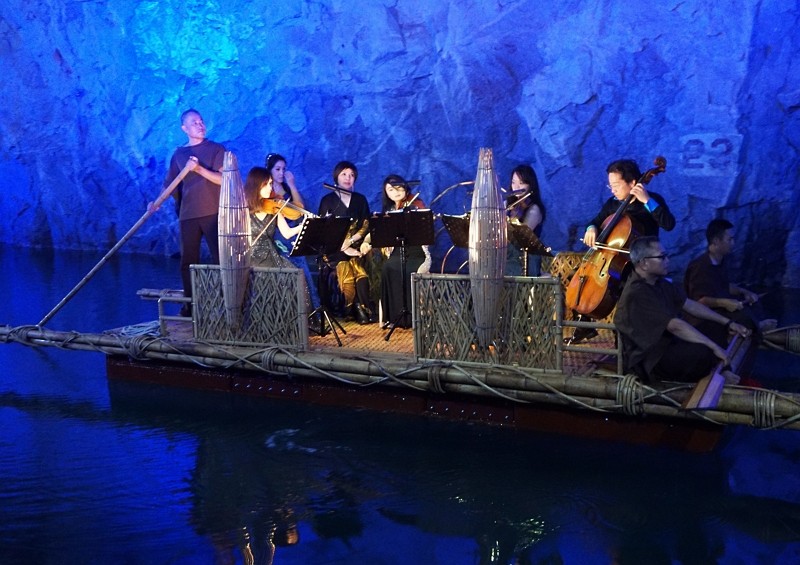 The best of Eastern and Western opera styles was on display Saturday at the Kinmen Tunnel Music Festival, as Taiwanese opera star Tang Mei-yun (唐美雲) and mezzo-soprano Weng Jo-pei (翁若珮) took the stage on the event's opening day.

Chang Cheng-chieh (張正傑), who founded the festival in 2009, said music has given the site a new lease of life, taking a tunnel intended for war and turning it into a place for celebrating peace, year after year.

Because of the tunnel's size limitations, organizers have restricted ticket sales to 200 for each of the festival's seven performances.

On Saturday, Tang performed Taiwanese opera classics as well as a musical rendition of a poem by the Tang-Dynasty poet Li Bai, having selected pieces which she said reflected the strong emotional resonance of Kinmen's wartime history.

Weng, meanwhile, sang a repertoire drawn from European opera, including songs from Mozart's "The Marriage of Figaro" and "Habanera" from Bizet's "Carmen."

"It's like being in a completely natural acoustic environment - you can even hear the sound of the sea. The feeling is totally different from that of a concert hall," Weng said. 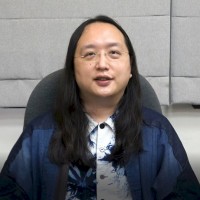 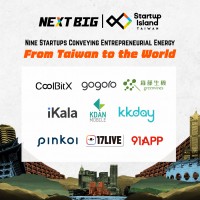 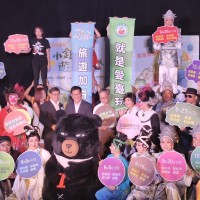