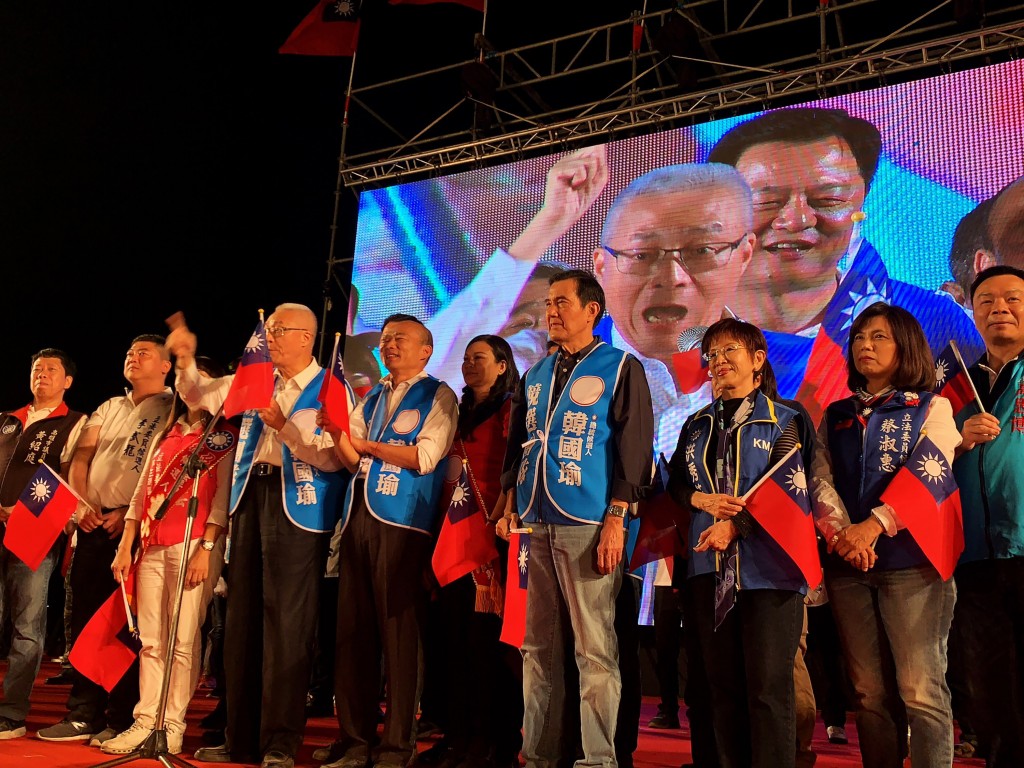 Chaos broke out as a man started to throw eggs at Han, who was about to get into a vehicle after finishing the event at around 8 p.m. The attacker reportedly threw three to four eggs, which missed Han, hitting instead a supporter and a bodyguard standing nearby.

The attacker escaped before anyone could react, but a witness later claimed that it was a man with a crew cut. Minister of the Interior Hsu Kuo-yung (徐國勇) said via Facebook shortly after the incident that he had instructed the National Police Agency to capture the attacker as soon as possible. “I will not tolerate violent behavior that challenges public authorities,” said Hsu, adding that he had also asked the NPA to tighten the mayor’s security detail.

Han’s campaign office, however, said it hopes the police do not pursue the case further. “Han Kuo-yu considers that everyone has their right to express different opinions,” the office said, adding that Han expresses his gratitude to the police and apologizes to those affected by the incident.

While the KMT has not commented on the matter as of press time, the Democratic Progressive Party (DPP) has issued a statement on Facebook, saying the party “severely condemns the expression of opinion in the form of violence.” The DPP called on law enforcement to investigate the case, and asked the public to remain calm and abide by the law.

The Kaohsiung mayor traveled to Tainan on Friday as part of his nationwide tour after taking a leave of office on Wednesday. The organizers said the rally drew about 100,000 people.

It was also reported that presidential petition forms for former Vice President Annette Lu (呂秀蓮) were widely circulated at Han’s rally. Each form came with a flyer saying “Signing up for Annette Lu’s petition equates to helping Han Kuo-yu win the election.”

The KMT’s Tainan office said the petition forms, which had been placed on every seat at the rally, had nothing to do with the KMT. Still a card-carrying DPP member, Lu is challenging President Tsai Ing-wen’s (蔡英文) reelection bid by representing the Formosa Alliance and needs to obtain more than 280,000 valid signatures by Nov. 2 to get on the presidential ballot.