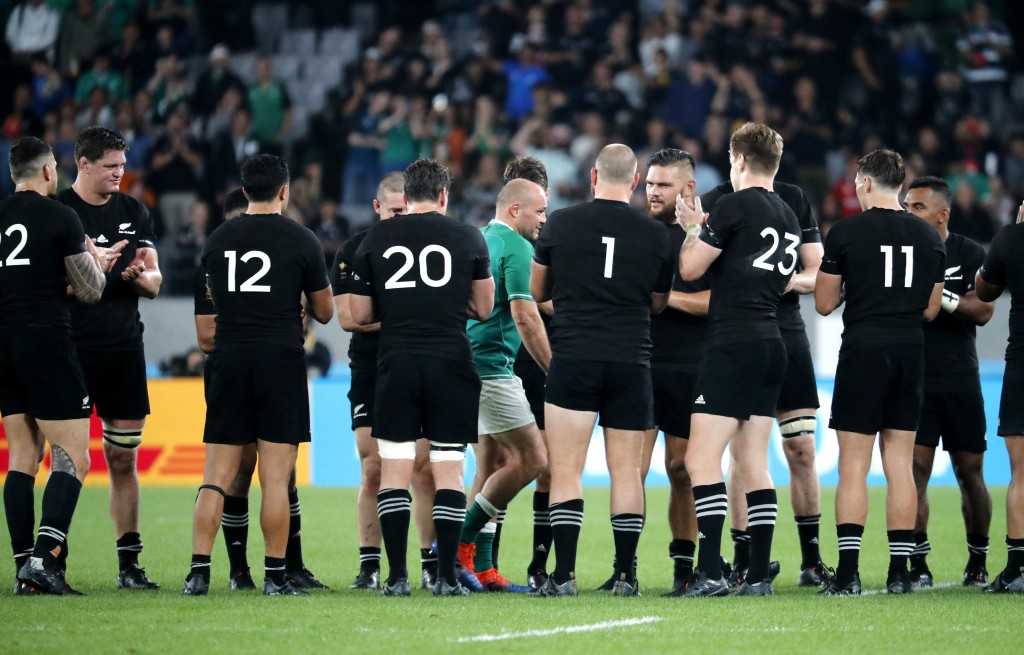 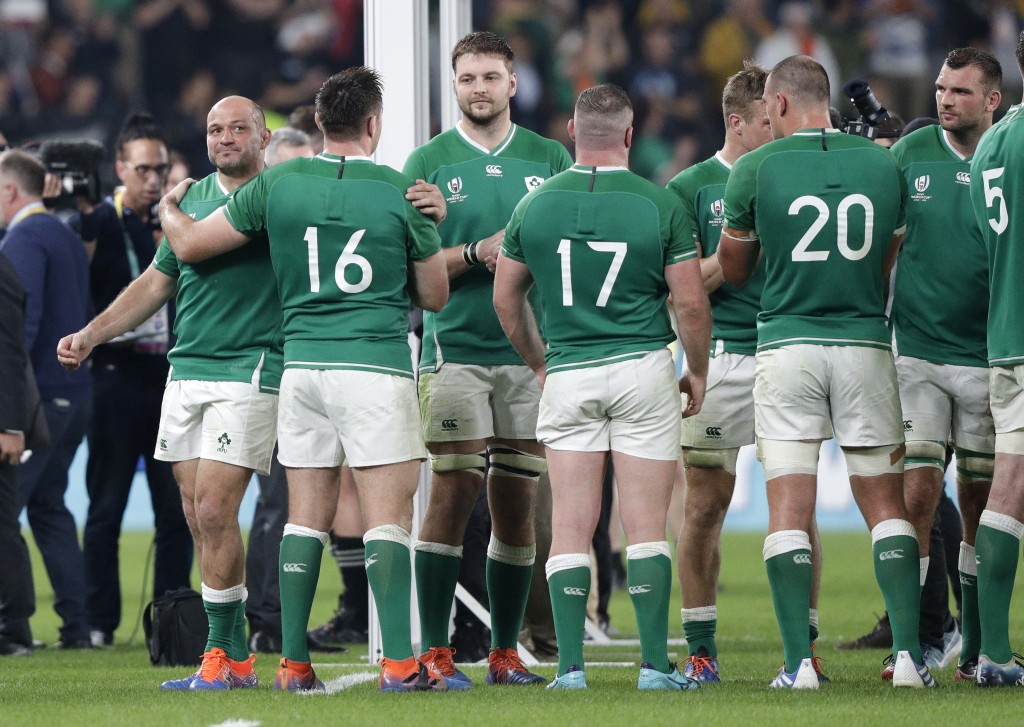 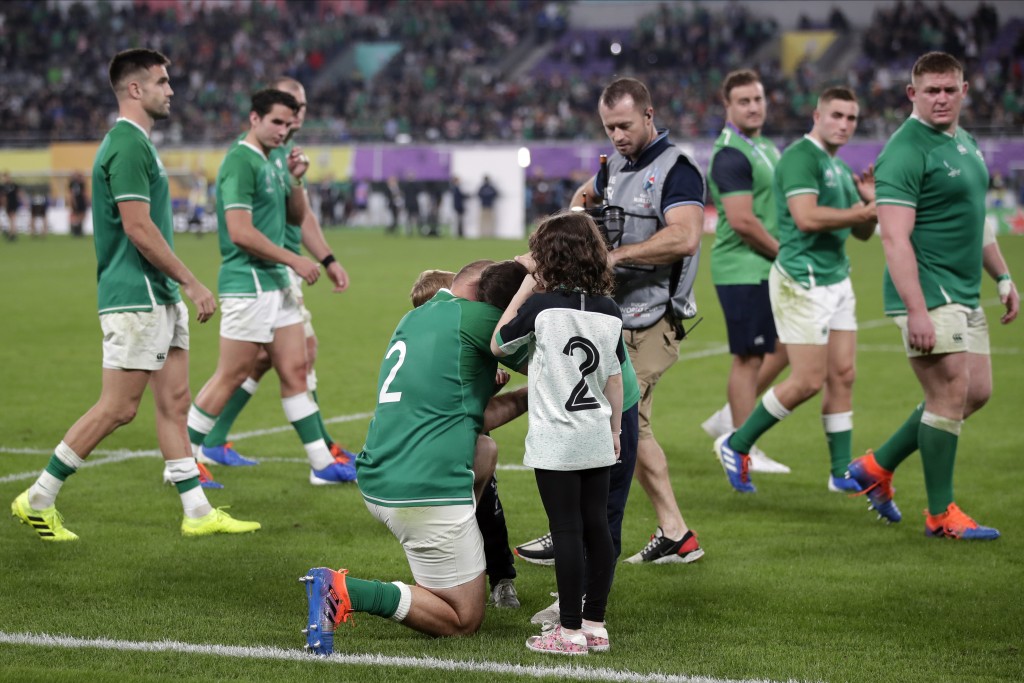 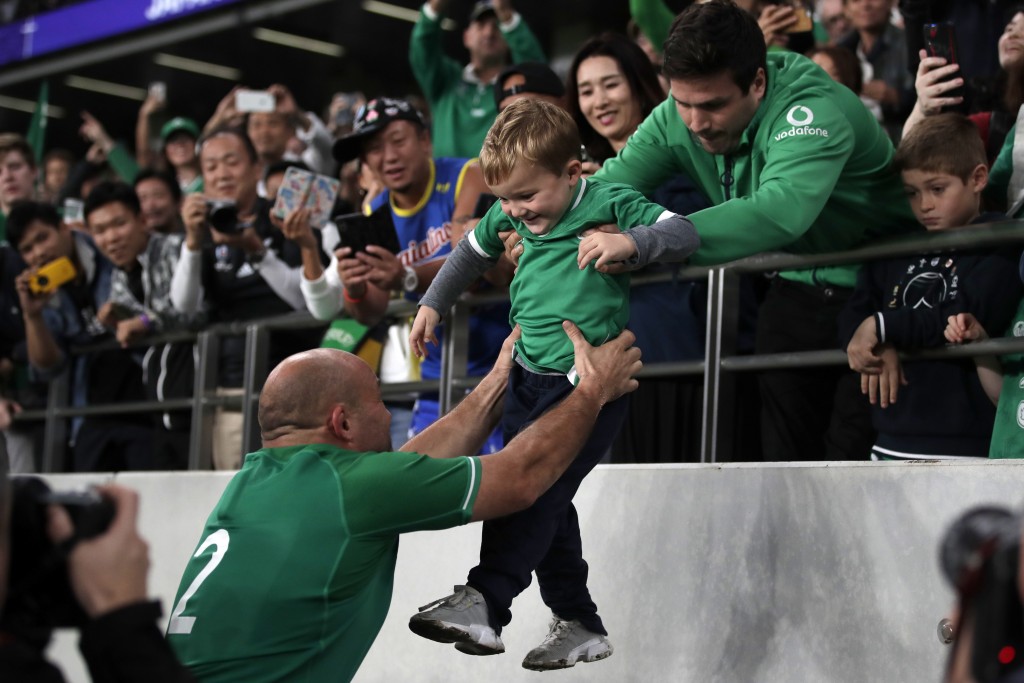 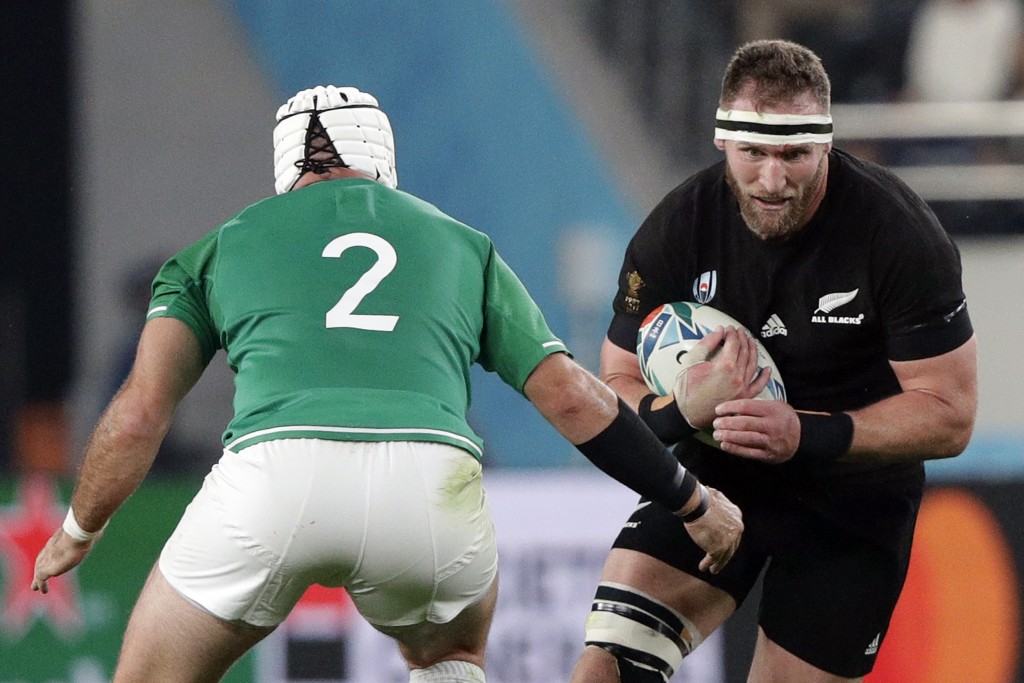 Their son Rory won't be playing in them anymore.

For more than 16 years, Pat and John Best have been too nervous to relish Ireland games, even when they've been in the stands. First, when No. 1 son Simon debuted for Ireland in 2003 then when No. 3 son Rory joined him in the front row from his debut in 2005.

Simon was forced by health problems to stop playing rugby in 2008, while Rory's great Ireland career ended on Saturday in Tokyo where they lost to New Zealand 46-14 in yet another Rugby World Cup quarterfinal exit.

As in his 218th and last game for Ulster in May, Best was substituted in the second half and walked off the Tokyo Stadium pitch, white head guard in hand, with eyes teared up.

Relief will come. He said long before his 124th and last cap for Ireland that he was bowing out at this World Cup, and he wasn't going to miss trying to force down pre-match meals into a stomach roiled by butterflies, nor make his parents and family endure another Ireland game beset by their own nerves.

The 37-year-old Best was looking forward to enjoying game days as a fan, though he admitted part of him was going to miss wearing the green jersey. He wore it with so much pride, and in some of Ireland's greatest matches.

Finishing his career against New Zealand completed a circle. But it was another match against New Zealand that transformed his career, on tour in 2006. In the second test he was told he was going on for the last 20 minutes, and stood on the sideline ready to go. But he was never sent on. He learned after the game the coaches were talking about flanker Neil Best, not him.

As the team's No. 3 hooker, Best decided then to make himself invaluable as the fittest player, the one who could motor to the final whistle. He overhauled his diet, altered his body shape, and added destructive ball carrier and potent scrounger at breakdowns to his skills as a formidable scrummager.

Best became the first-choice hooker from 2010, and captain from 2016 after the injury-enforced retirement of Paul O'Connell.

He always put team first, and took criticism to the heart he wore on his sleeve.

He worked with a sports psychologist after he struggled with lineout throwing on the 2013 Lions tour. In August, he took the brunt of the blame for Ireland losing six of 15 lineouts in the 57-15 hammering from England in a World Cup warmup. Coach Joe Schmidt had to say there was "no internal noise" about axing Best. So when Best and Schmidt were acclaimed by standing ovations after their last Ireland home match in September, a warmup win over Wales, Best said he felt his captaincy was endorsed.

"In my time as captain I would like to think the greatest emphasis has been on the team, and that has been important to me right from the start," he told the British Press Association. "It's about making sure that the people around you can feel comfortable enough to produce their best. It's also something I like doing, and I feel it brings the best out of me, captaining the side."

But he considered resigning the captaincy in early 2018 after he was publicly criticized for attending the rape trial of Ulster and Ireland teammates Paddy Jackson and Stuart Olding. His response was to lead Ireland to a Six Nations Grand Slam.

"I don't think there has ever been a rugby player that has had to prove themselves so many times — but he is such a belligerent guy, it probably brings out the best in him," Darren Cave, another Ulster and Ireland teammate, said of Best.

After Saturday's defeat, there were only accolades for Best, including from New Zealand coach Steve Hansen and captain Kieran Read. The All Blacks joined with Ireland in giving Best a guard of honor on the field, roared on by Irish fans.

"Rory Best is an incredible person," front-row mate Dave Kilcoyne said. "Rugby aside, he is everything you would imagine as a leader, he's just a brilliant fella — he's a father and a family man first and then he's a great team man. I can't say enough good things about him."

Best will return to his beef and tillage farm in rural County Down, south of Belfast. He didn't lead Ireland to a first Rugby World Cup semifinal, but he walks away on his terms.

"It's important to me," he said once, "that I make sure I go out at the top and go out with people remembering me as a quality player and person and not somebody that hung on a year or two too long."

Best and his family can relax.