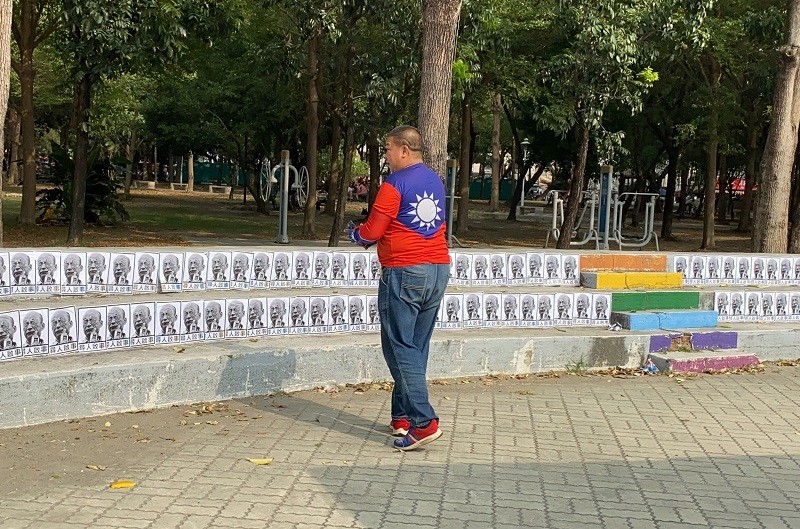 Since taking office as mayor of Kaohsiung City last December, Han has been described as “itinerant” because of his travels all over the country and his absence from meetings in Kaohsiung, including sessions of the City Council.

Earlier in the week, he took official leave of absence as mayor to campaign full-time for the January 11, 2020 presidential elections, with opinion polls showing him far behind incumbent President Tsai Ing-wen (蔡英文).

Once Han campaign workers discovered the posters, they removed them as quickly as possible, the Central News Agency reported.

The Tainan rally was also likely to feature the first joint appearance by Han and former President Ma Ying-jeou (馬英九) since the latter was jeered by the former’s supporters at a September 8 rally, reportedly because Ma’s speech lasted too long.

Diehard Han fans have been suspicious of Ma’s sincerity in supporting the official KMT candidate due to his friendship with Foxconn Technology founder Terry Gou (郭台銘), who was beaten by Han in the party primaries and later abandoned an apparent plan to run as an independent against the KMT.

Tainan has a reputation of a stronghold for the ruling Democratic Progressive Party (DPP), with several groups announcing they would protest against what they described as Han’s attempts at “fooling voters” at the rally.