TAIPEI (Taiwan News) – The work to dismantle an empty Chinese freighter which ran aground in Yilan County in September will start next Tuesday (October 22) and take about one month, according to the Ministry of Transportation.

The unnamed and unmanned ship was first found drifting off Taiwan’s northeast coast on September 27 before hitting the rocks near the port of Daxi in Toucheng township the following day. Only the name of the city of Wuhu in the province of Anhui painted on the outside indicated that the vessel was Chinese.

An official from the ministry’s Maritime and Port Bureau visited the site Saturday (October 19) and instructed that measures be taken to safeguard against pollution, while transportation and residents of the area should also be shielded from any negative effects of the dismantling operation, the Central News Agency reported.

Talks took place between experts, the authorities and local residents which ended with a consensus that the ship should be taken apart at its current location. The strengthening northeasterly winds also played a part in the decision to speed up the removal of the freighter, according to CNA.

The task was scheduled to be completed within 30 working days starting from next Tuesday. 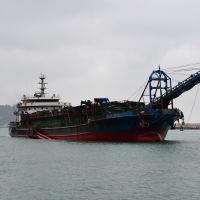 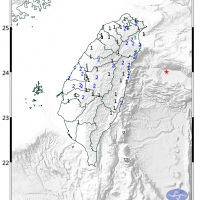 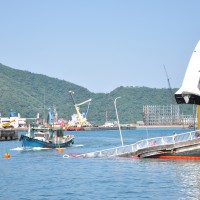