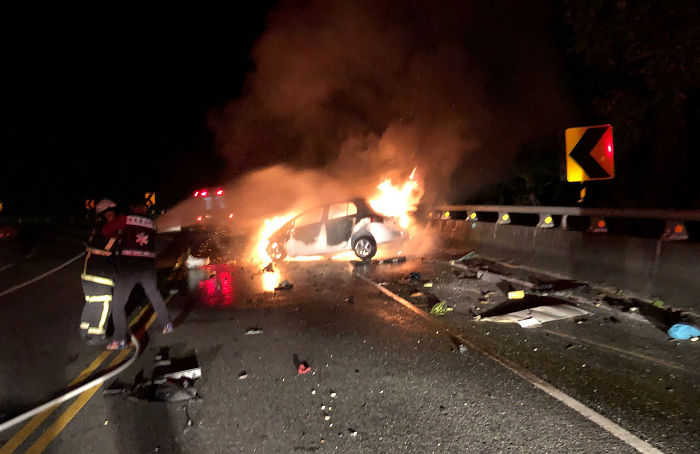 TAIPEI (Taiwan News) – In Taitung County on Friday (Oct. 19) night, a single vehicle was involved in a car accident on Taiwan’s Provincial Highway No. 11, resulting in the death of the driver.

The accident occurred at approximately 8:00 p.m. near Donghe (東河) township. The car was likely traveling at a high velocity when it slammed into a guardrail on the highway, causing the passenger car to burst into flames.

Firefighters rushed to the scene after being notified of the incident, and they were able to get the flames under control within 10 minutes. However, they were unable to arrive in time to save the car’s sole occupant, who has been identified at a 40-year-old man surnamed Chen (陳).

According to a report from UDN, it appears as though the impact of the collision incapacitated Chen, and being unable to exit the vehicle, he succumbed to the flames that engulfed the car. Police are reportedly conducting an investigation to determine the initial cause of the accident.

Chen was reportedly an employee of Donghe Township’s Environmental Management Office. He was reportedly well-known and respected member of his community. 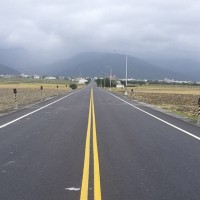