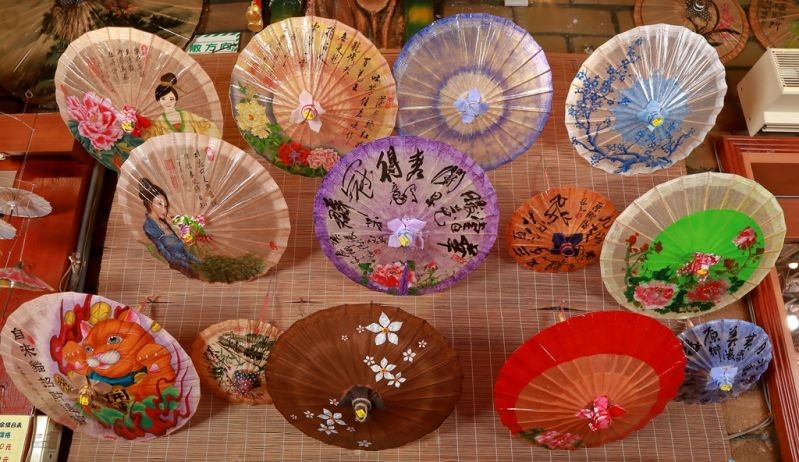 Lee Umbrellas is renowned for its decorative designs and traditional methods of making oil-paper umbrellas. Staying faithful to time-honored production processes and techniques, the firm's pieces are highly prized by tourists from home and abroad.

Founded in 1989 by Lin Hsiu-ti at Meinong District in southern Taiwan's Kaohsiung City, the workshop is located in the Hakka cultural heartland. The ethnic group comprises more than 90 percent of the district's 40,000 residents, with many different stories in existence as to how and when umbrellas became Meinong's calling card. In addition to offering protection from the rain and the sun, oil-paper umbrellas embody special meanings in the Hakka language. For example, because the words "oil paper" and "have son" are homonyms, the umbrellas have traditionally been given as wedding gifts expressing a wish for the newly-weds to have a son. Also, as the Chinese character for "umbrella" contains five copies of the character for "person", they also present a blessing for the couple to have many children and grandchildren.

Lin has now passed the torch to her son Lee Ming-hsiang, who also runs Yuanxiangyuan Paper Umbrella Culture Village. According to Lee, when the industry was at its peak in the early 1960s, there were about 20 manufacturers in Meinong producing over 20,000 oil-paper umbrellas annually. In the following years, however, only a handful of shops survived the challenge posed by factory production as the country's manufacturing sector grew. With 30-plus years of experience in producing umbrellas under his belt, Lee said his main goal is to cultivate the next generation of artisans skilled in umbrella arts. Lengthy training is required, he said, adding that at least four sets of skilled hands are required to manufacture one piece.

Each person is responsible for a different task, Lee said. It takes 14 months to learn how to make bamboo poles and ribs, six months to paste a canopy using persimmon juice as an adhesive; and four months to apply tung tree oil as a waterproof coating and assemble ribs and poles, he added.

In addition, three years minimum are required to sharpen expertise and commence the journey to becoming a master, Lee said.

With increasingly elaborate umbrella designs gracing in the district's cultural and creative stores, it comes as no surprise that tourists are making a beeline for Meinong.

Umbrellas are in vogue, Lee said, but the industry is not out of the woods yet. It is imperative we build on the good work to date and ensure this significant aspect of Hakka cultural heritage is safeguarded, he added.